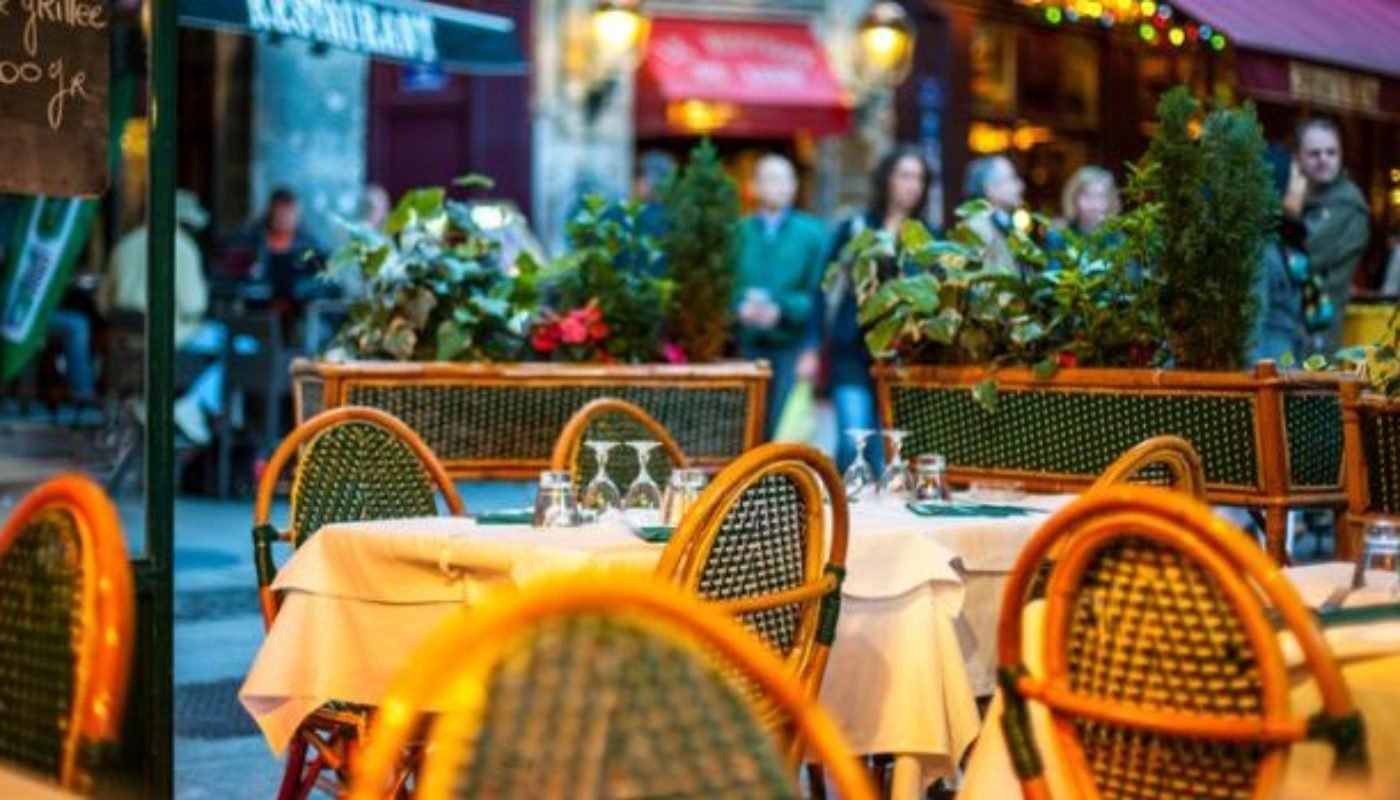 In the local community that is the food world, Lyon has a number one reputation. Not only is the compact city one of Europe’s most open culinary secrets, but it is also home to some of the most awarded chefs in the world. You might shake your head at the statistics, but as of this year, Lyon has 20 Michelin-starred restaurants. Not all of our dozen favourites here have the Michelin seal of approval, but who cares when the food is so good? Despite Lyon’s reputation as a host of Michelin starred places, there is room for the endearing, calm and compact. This lovely spot – close to two of the city’s universities – has eight tables with two seats each, and displays acute knowledge of regional organic ingredients. Desserts (conjured up by pastry chef Laurent Ozan) are exceptional.

What the critics say: “Fantastic – I will definitely be making my way back there.” (thetravellingtastebuds.com)

With a chef (Melik Debadji) who has trained with several high-quality people (including Guy Savoy and Pierre Gagnaire), you can expect the best from L’Ébauche, a small restaurant located at the base of Croix-Rousse, and which transcends the inherent trendiness of the area with an old-fashioned yet advanced approach to cooking. Chef Anthony Bonnet has created something quite special here. If the interior Florentine stone courtyard setting doesn’t get you, then the audacious cuisine will. Word of advice: the Les Loges menu is trés pricey! For a more reasonably priced dining experience, nearby sister restaurant Café Epicure is a very safe bet.

What the critics say: “Savour the refined and inventive cuisine, with flickering candle light adding a final touch.” (Via Michelin) Unusually, you can take your pick from any one of four places on the same street. Chef Thomas Bouchon opened his titular establishment about 17 years ago, and has regularly added to his mini culinary kingdom, much to the delight of local and visiting foodies.

What the critics say: “The same owner has a bistro, restaurant, tapas bar and café all located in a cluster, so if the Bouchon is booked, I imagine that any one of the others would be equally amazing.” (TripAdvisor) Scandi-like wooden furniture, minimalist light and shade. Two Michelin-star food created with integrity, identity and harmony by chef Christophe Roure (a former winner of the Best Craftsman of France award). All this and much more you can expect to experience at one of Lyon’s best restaurants.

What the critics say: “Service was spot on… another example of top-notch French cooking in a restaurant that is barely known outside the country.” (andyhayler.com]

Formerly known as Burgundy Lounge, Burgundy by Matthieu (so named after chef Matthieu Girardon) is as stylish and swish as they come. Vivid and contemporary décor match the smartness and refinement of the cuisine, while the restaurant’s three tiers (the classy ground floor, the low-lit mezzanine, the basement library room) effortlessly reveal the overall superiority of it.

What the critics say: “There are more than 10,000 bottles to choose from – maybe take the Le Vaporetto home.” (The Guardian) You will need to grab a taxi to this legendary restaurant, which is situated about 7km north of Lyon. Any foodie worth their salt and pepper will know the city’s most decorated chef, Paul Bocuse (“the Muhammad Ali of pots and pans” wrote Abbie Hoffman), who passed away in January 2018. His legacy lives on, as does his world-famous three-star Michelin restaurant (retained, incredibly, from 1965). It is, no exaggeration, one of the world’s Holy Grails of gastronomy.

What the critics say: “The theatre of the table is high art… The menu is the distilled essence of French classicism…” (Financial Times) Overseen by husband and wife Ludovic and Tabata Mey (who studied at the Institut Paul Bocuse), Les Apothicaires opened about three years ago and has rooted itself into the heart of Lyon’s culinary community by virtue of its finely-detailed Franco-Nordic-Latino food. Quirky décor and the exploratory menu have made this restaurant a must-visit for those searching for a Lyon-with-a-twist dining experience.

What the critics say: “The results are breathtaking, in both their consideration and restraint.” (The Globe & Mail)

Somewhat of a gastronomic institution in France, Mere Brazier (Mother Brazier) was found in 1921, was bought by Mathieu Viannay in 2008, delicately refurbished and then re-opened. Tradition and an impossibly high level of expertise, then, are continued, as are many of the original recipes, which are infused with principled hints of contemporary haute cuisine. Just in case you were thinking that Lyon is Michelin this and Michelin that (and, frankly, we don’t blame you), spare a thought for Le Garet, a Bouchon that cooks typically robust, life-affirming localised meals long preferred by workers and tourists alike. In other words, you’ll need to have big appetites and reinforced stomachs. Word of advice: the menu reads much better in French than in English.

What the critics say: “Le Garet is enchanting… It’s impossible not to be seduced – a joyous place.” (eatlikeagirl.com) You might need to search a little bit for this charming Bouchon, but it’s worth it. Owned and operated by Florence Périer, who has graduated from kitchens overruled by her mother and grandmother, you can expect meat-heavy dishes accompanied by paired wines selected by Florence’s son, Maxime.

What the critics say: “An authentic setting and a menu that makes you salivate.” (Gault & Millau)

This is a restaurant with a real difference. Not only is it extremely subtle fusion (Asian-French, as we’re sure you guessed) but also fearless, and just a teensy-weensy bit pricey. This noted, Takano has a laser-sharp exactness about his work that makes spending a little bit extra no hard task.

What the critics say: “The personality and talent of the chef and their team are evident in the expertly crafted dishes, which are refined, inspired and sometimes original.” (Via Michelin)