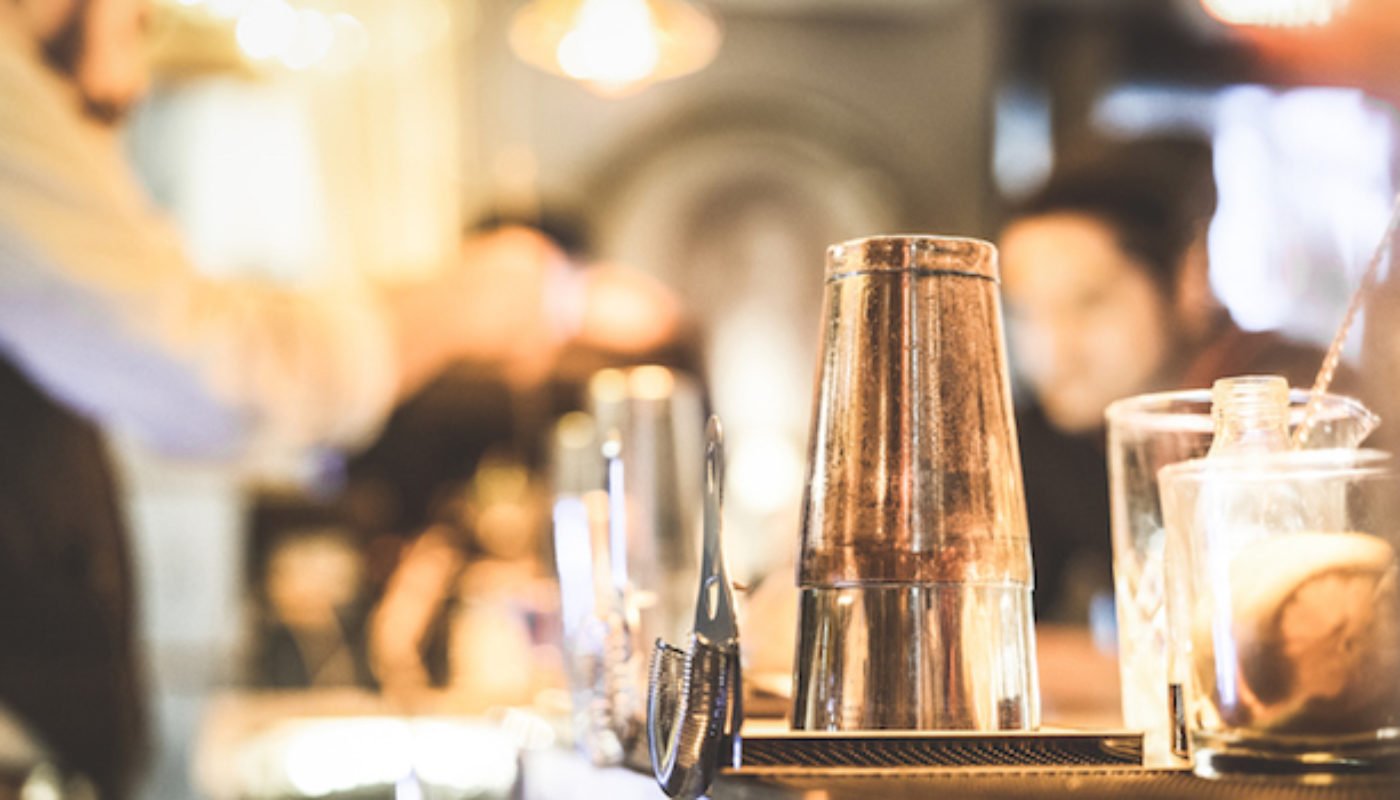 The worst thing about bars is that so many of them look the same. We understand they have a solitary primary function, but do they all have to look as if an interior design template is being religiously stuck to? Our favourite selection of New York City bars is such that each is very different from the other, so much so that they are valid experiences in themselves. Shall we drink to that? Oh, why ever not. You may have trouble finding this place, as there is little or no outward signage. This, of course, is part of its charm. Walking past an industrial door to peek inside, however, and Jupiter Disco will display its sci-fi/fantasy themes, where menus are displayed in Teletext-style on 1980s televisions, where your favourite sci-fi movies are either referenced (Blade Runner) or mirrored (the Cantina bar from Star Wars), and where cocktails are named after chapters of The Hobbit. It’s a perfect venue if you want to channel your inner Jedi Knight, your outer robot or your somewhere-in-between elf. Created in honour of and inspired by the Victorian actress, Lillie Langtry, this wonderfully appointed bar is so evocative of the era that it’s little surprise to discover that the ornate wooden carvings and dinky antiquities were sourced from an 1800’s estate ballroom in Northern Ireland. Stepping into Lillie’s instantly establishes a rapport with gin palaces of old, and while it occasionally resembles a fully stocked antique shop, every time you gaze at the bar’s wonderfully displayed range of drinks you know why you’re here. Here’s to Lillie! Anyone for a martini and a manicure for the princely sum of $10? Anyone into changing the word ‘salon’ into ‘saloon’? Would you be up for a cocktail by the name of Blue Rinse? Back in the day, the Beauty Bar was just that: a place where chrome-domed hair dryers straight of Grease hovered over the heads of the ladies who lunch and gossip. For some years, however, it has traded in its previous mode of working for a neighbourhood hangout like no other. Drawing a clientele base from Wall Street brokers and retro-punk rockers to actors and musicians (Al Pacino once ordered a Shirley Temple cocktail!), Beauty Bar is, ahem, heads above the rest. As befits the name of this speakeasy/lounge, there is scant information about it – even its website avoids unnecessary details (it’s just one page with a reservations telephone number). PDT shares space with a late-night hotdog joint by the name of Crif Dogs, but gaining access isn’t as simple as it sounds. The entrance is via a vintage telephone booth located in Crif’s, and once you are admitted you will see how amazing (and authentic) this bar is. The cocktails are seasonal and classy, and isn’t it just brilliant that the complementary food includes the very close-by (and world-renowned) hotdogs. For over 20 years, Angel’s Share has been secreted away on the 2nd floor in the East Village Japanese restaurant, Village Yokocho. Not many visitors from outside the US know of it, but those in the know flock to this tiny place for a range of cocktails that blend what you think you might be familiar with and items you have never tried before. The linchpin is the mixture of fruits and Japanese flavourings amidst a truly smart décor scheme that owes as much to the Orient as to a clever interior designer. A terrific bonus is delicate bar snacks that include fried oysters, Japanese sausage, dim sum and sashimi.

What began in 2004 as a dream-come-true business is now a compact franchise with outlets in Jersey City, Philadelphia, Connecticut, New Jersey, Los Angeles, and two further NYC locations (Chelsea, and East Village). The concept to combine a bar (classic American craft beer) with a video arcade (classic 1980’s games) was inspired by some of the company founders’ love of both products. The result is a bar that, depending on age, takes you back to your aimless childhood – except this time you will more than likely have a craft beer close to hand. Have you heard the joke about a guy walking into a bar only to be confronted by a monk, and then be informed that you aren’t allowed to talk above a whisper? Welcome to Burp Castle, a self-styled monastery-themed ‘temple of beer worship’ that sells wine, rotating beers on tap, and over 40 bottled beers imported from Europe (primarily Belgium). Surrounded by medieval murals, candle-lit nooks and crannies, and soundtracked (mostly) by Gregorian chant or classical music, you can order your drinks and talk to your friends but only if you speak very, very quietly. Free Pommes Frites, Sunday, Monday, Wednesday, between 5pm-6.30pm.

If Burp Castle is a little bit too quiet for you, then Lucy’s will pick up the sonic slack. Presided over by the very same Lucy, the jukebox is full of classic punk rock/new wave songs that were fresh to the ear when she first started working here in the late ‘70s. Except for the passing of the years, little has changed: two faded pool tables, dropped panel ceilings, and Lucy herself, the Polish woman who now owns the bar. In keeping with the less than sophisticated demeanour of the establishment, the bar operates a cash-only payment policy. Is it a dive bar? Say it loud and say it proud: absolutely yes. Walking into Clover Club, you are transported back to the classic NYC jazz era: tiled flooring, tin roof, bare brick walls, a reclaimed mahogany bar from a 19th century Pennsylvania mining town, and other items of antique furniture. It goes without saying that the right atmosphere is here in all its glory, but what keeps you coming back is the cocktail list. Concocted by Julie Reiner, and rendered by an expert team of bartenders, there are nine menu categories. Food veers between American caviar (pricey) and daily cheese plates from a neighbourhood fromagerie. A distillery, a doctor’s office, a brothel, a speakeasy, a smuggler’s retreat – all of these have been at some point in the past 250 years housed in Ear Inn. As one of New York’s oldest operating bars, this place has earned its stripes, while its ancient mariner atmosphere (grimy nautical oddities and other associated eccentricities) definitely gets top marks for individuality. The distinct bar stands its ground in an industrial and modern neighbourhood, with ghosts of the past and present-day customers each paying their respects. The food, meanwhile, is far removed from what was once dished up: think fresh and organic farm-to-fork fare that mixes gourmet and pub grub.