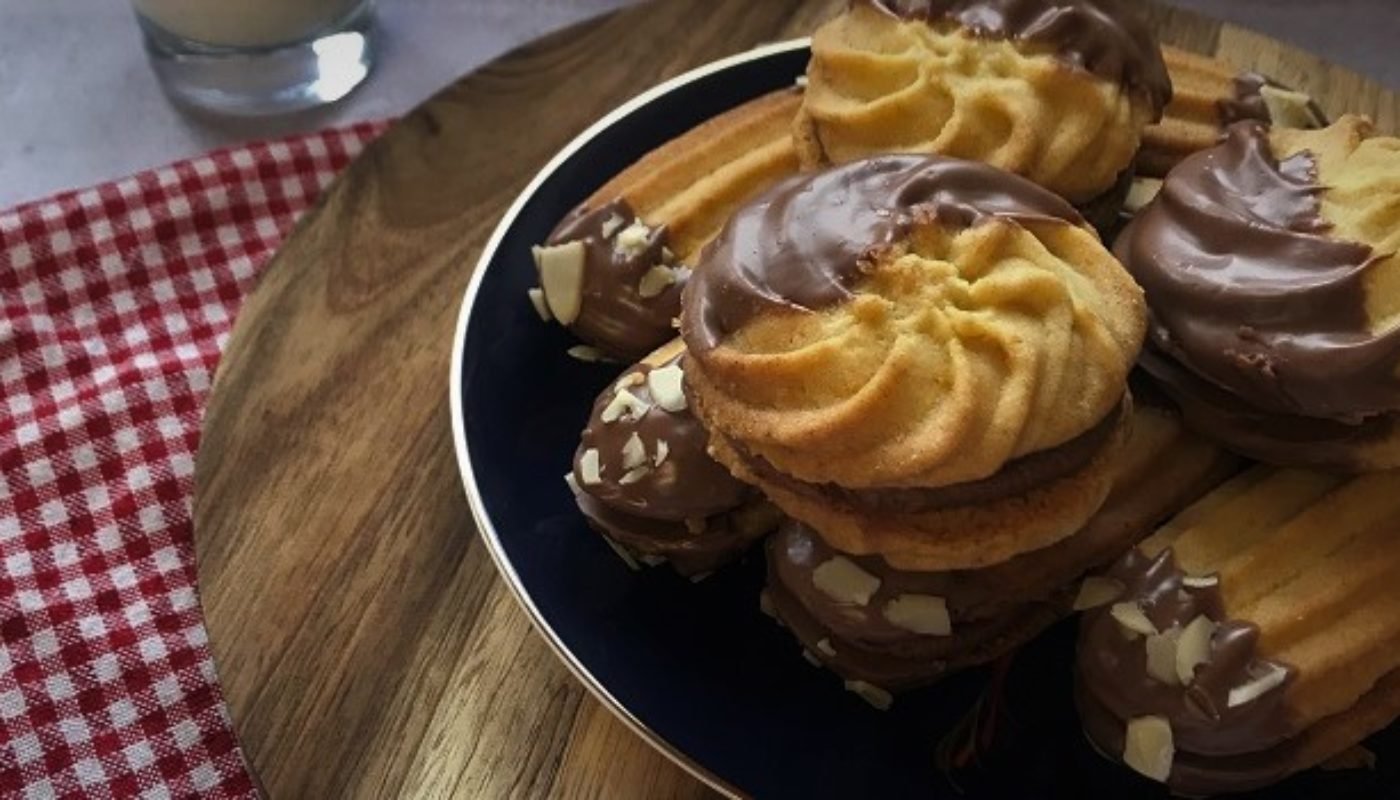 Nothing like freshly baked “Chocolate Orange Viennese Biscuits”, this recipe is perfect for afternoon tea or just as a sneaky snack anytime of the day. A completely uncomplicated recipe that will leave your home smelling of sweet success. Go on make a batch and share with your favourite people!

To make the ganache
1. Chop the Terry’s chocolate orange into very fine pieces and place into a medium sized mixing bowl. Place the cream into a small milk saucepan and bring to the boil.
2. Once boiling remove the cream from the heat and pour over the chopped chocolate. Leave to sit for a few moments and then stir gently with a spoon making sure all the chocolate has melted. Place into the fridge until set.

For the biscuits
1. Preheat oven to 170oC (fan) and line a large baking tray with a silicon liner or greaseproof paper. Fit a piping bag with a large, open star nozzle.
2. Place the butter into a large bowl and sieve in the icing sugar into a large mixing bowl and mix until pale and fluffy. Sieve in the flour and baking powder. Add the rind of the orange and mix until everything if full incorporated.
3. Place the dough into the piping bag and pipe out finger shapes 2 ½ inches long or star shapes.
4. Place into the oven and bake for 10-15 minutes or until pale and golden. Lift gently and place onto a cooling rack and leave to cool completely.

While waiting on the biscuits to cool
1. Place the milk/dark chocolate into a small bowl and place over a saucepan of barely simmering water, making sure the bowl isn’t touching the water.
2. Dip both ends of the biscuits into the chocolate and sprinkle with the flaked almonds. Place onto greaseproof paper until set.

To assemble
1. Fit a piping bag with a medium sized plain nozzle.
2. Once the ganache has set, using a hand whisk mix the ganache until it is firm and doubled in size. Place the ganache into the piping bag.
3. Pipe a line of ganache down the centre of the biscuits and then sandwich with another biscuit.
Sin é. That’s it!