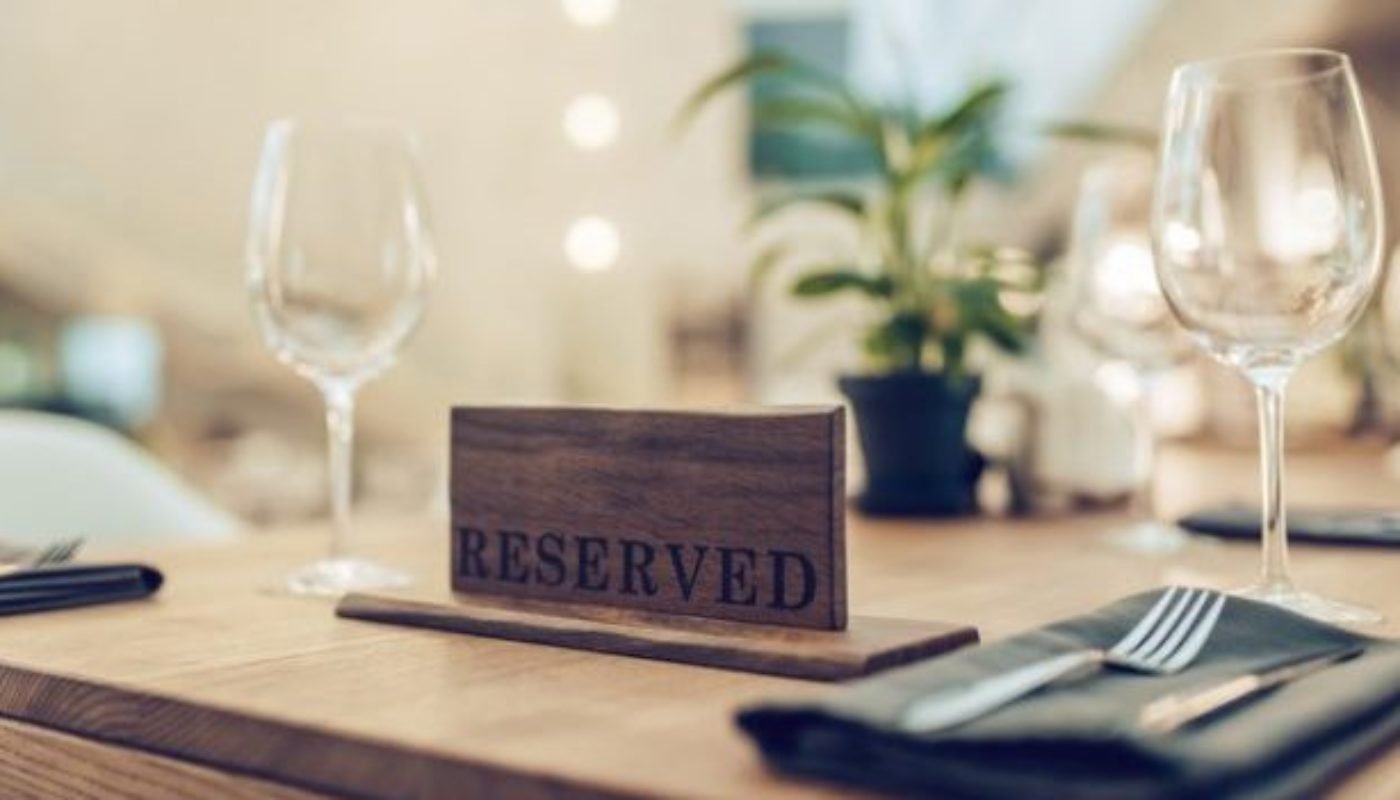 Home » Dealing With Restaurant ‘No Shows’ – Are Deposits The Future of Dining Out?

Dealing With Restaurant ‘No Shows’ – Are Deposits The Future of Dining Out?

If you booked an appointment with your doctor, dentist or hairdresser, would you just decide not to show up without even giving them a quick call? Many wouldn’t, so why treat restaurant bookings any different?

Deposits are often needed for holiday bookings and even a stay in a hotel. With a rise in restaurant no shows, many chefs and restauranteurs have been calling for a possible need for deposits.

This is mainly due to people booking more than one restaurant for large groups, such as parties during the recent festive season. This causes restaurants to suffer in January, which is already a quiet month when it comes to dining out.

Trying to get to the bottom of this, I spoke to some of Ireland’s restaurant owners and chefs, with Gaz Smith of Michael’s Mount Merrion being quite vocal on the issue.

“We’re lucky in that most of our trade is repeat custom and locals, so there’s a good relationship there. Of course, the onus is on the restaurant to confirm reservations and we call bigger groups a week before and on the day to confirm, so we try to protect ourselves as much as possible.”

We’ve had a couple of cases recently of groups either cancelling very last minute or simply not turning up and this hurts us so badly.

“Losing a big group in a small suburban restaurant with barely any footfall means trying to fill those spaces last minute is a problem and having empty tables on what should be a busy night has enormous ramifications and can skew the margins for the month.”

Speaking about his dislike to get off on the wrong side with customers, Gaz said: “My hospitable side doesn’t want our first interaction with a guest to be asking for credit cards because it sets the wrong tone for what should be an occasion with a mutual trust and respect.”

However, he admits that there may be a need for deposits, explaining: “A small independent like us can’t absorb the losses, and we will have to look into taking credit card deposits for larger groups.”

“When a person just no shows it is nearly impossible to claw back that money – say, for example that you have a group booked in for the 6-8.30 slot and by 6.30 the table hasn’t arrived and not answering their phone, do you presume they aren’t coming try and sell it, or do you wait a bit longer hoping they’re just running late, if they don’t show by 7, you aren’t going to get anybody else in and fed by 8.30 when the next table is coming, all of a sudden you’ve lost a chunk of your business for the night. The most perishable thing in the restaurant trade is your tables, they expire every couple of hours, they’re precious.”

“Life is fickle and we are gracious about cancellations and we know and understand that people get sick, the weather turns bad, babysitters let people down, cars break down – stuff happens, but we would always urge people to give a quick 30 second call to let the restaurant know, we really appreciate it.”

“Long story short, I would love to live in a world where we don’t need to demand deposits, but it’s getting to the point that we’re left with no choice.”

“Please, please don’t double book, please call us if there are significant number changes or if you cant make it. We really depend on it.”

Chef/owner of Michelin-starred Aniar in Galway, JP McMahon, also gave his input into the current no show epidemic, saying:

“No shows are a real killer. They suck the life out of the business, particularly at this time of year.”

“We ask for credit card for all tables in Aniar with a €40 no show charge. In Cava, we take card for 6 or more, but are moving to card details for Friday and Saturday nights with a €20 no show charge.”

This is due to too many no shows. People won’t answer their phone when you ring them to ask them where they are. It’s frustrating and unfair on staff. We’ve even had people claim that they didn’t make booking despite us having their name and number.

“I am absolutely in favour of credit cards and deposits on big tables. We usually ask for a 50% deposit on very large groups in the restaurants.”

And what about those restaurants that get the majority of their custom from walk-ins? Niall Sabongi, owner of Klaw and The Seafood Cafe has his own methods for dealing with no shows: “We don’t take bookings in Klaw because of our size. We did originally and when you only have 12 seats and someone doesn’t show up, that’s a massive portion of your takings.”

In the cafe we do take bookings, but we hold it strictly that you must arrive 5 minutes before your table is due policy and we let the table go immediately, so we don’t hold tables.

“We’re different in that we’re mainly a walk-in offering, there’s a lot of man hours put into taking bookings.”

Despite not taking a huge amount of bookings, Niall has had his fair share of run-ins with people just not showing up:

“The last thing you want to do is charge someone but it’s happened to me loads of times in the past where you know they’re double booking.”

I’ve had people and you’ll ring them and they’ll be in the pub and I’ve heard whispers and people in the background laughing as they pretend they’re sick.

For Niall, he believes deposits should be general practice and not just for the smaller restaurants either:

Elsewhere, Oliver Dunne, who owns a number of Dublin restaurants, spoke to The Irish Independent last month, saying that restaurant no shows are costing him approximately €1500 a week:

“It’s an ongoing problem every day throughout the year. It’s not the big groups, the big groups are the headline grabbers, but it’s the twos and fours every day of the week, and by the end of the year they add up and are far, far greater than all of the big groups combined.”

He adds: “There’s no malice in it, people don’t realise what they’re doing, we’ve all forgotten about appointments such as the hairdressers.”

Speaking to The Irish Times, restauranteur Elaine Murphy says she hates “charging people who haven’t shown up”, but “parting with a credit card number is more for us to focus their minds”. So, would pay a deposit to secure your restaurant booking (especially, as one would assume, you were planning to keep it)?

A recent poll conducted by TheJournal showed that the majority would be put off a restaurant if it asks for a deposit.

But is it the future? Have we , with our large groups and tendencies to double book, forced this? This is an ongoing issue and we’re sure to see some changes in the not-too-distant future.