Six Dishes That Made My Career – Kevin Thornton 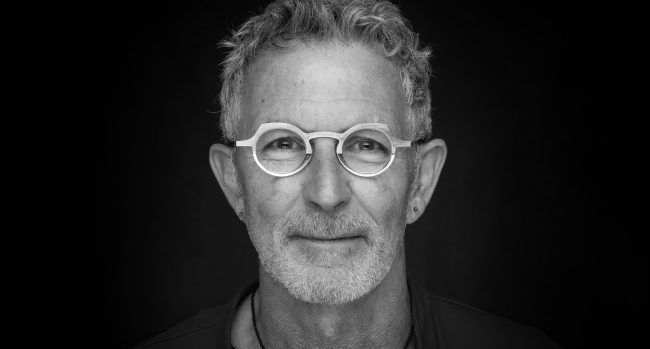 Kevin Thornton has had a career that is enviable by any standards. Stories from his “long stage” with Paul Bocuse would make a book, let alone a chapter in the story of his career.

What often shapes someone’s life and career are moments in time, milestones categorised by wonderful meals or inspiring ingredients. Here, Kevin shares his memories of food and people that he encountered along his journey thus far…

“There are so many dishes; every step has been towards the next stage. Sometimes things happen and it’s only later that you realise how important they were to that moment in time.” “I remember when I was about eight or nine years old, my Dad used to drop us out to a crossroad outside of town – even though I was from a town, we always spent time in the country – to spend time with my ‘uncle’ James, who we would go hunting with.

This one particular time after an outing back home at dinnertime, I have a vivid memory of the straining of the Queens potatoes and the steam rising from them and the sun coming in through the window highlighting it. The smell, that kind of fresh gluten kind of smell, and then a knob of butter put on top, melting all over them. What that made me see is the small minute details of it and respect for ingredients and potatoes. It stuck with me.

Of course the most important thing when it comes to food is flavour, but visual comes next, I’m a very visual person. I suppose I was able to see food like that at a young age but I didn’t understand what that meant; it was logged in my memory though until the necessity for it to came up.”

The Inside of a Cow “I used to work in an abattoir when I was 10-11 years old and it was my job to clean out the animals – cows, sheep and pigs. I remember seeing the cows being shot and falling to the ground, then cut open and sent to me to clean out, seeing their four bellies and the detail of the grass they had been chewing and the process it goes through in each belly, almost like a machine.

Each belly has a different roll, it’s about chewing the grass until it’s able to digest it. It regurgitates it from the first stomach to rechew it and it goes through each belly, each stage until it is almost puréed. It’s incredible. What got me also was the stress of the animal before it was killed. I knew I never wanted an animal to go through that in that way. Later, for the restaurant, when we created the Éiru project, which was a ten-year project where we reared five of our own cows and slaughtered them, I knew I didn’t want them to die in an abattoir. I wanted them to have a beautiful death in a really nice environment, if that’s possible, to relax the body and then it wouldn’t release chemicals caused by stress that would harm the meat.

Our animal was a tonne and a quarter, it was so big it wouldn’t fit up the ramp. It was our responsibility because we had bred the animals to eat them. It’s bizarre when it’s your own and yes I got attached to the animals, but I knew the objective was to kill it and eat it.”

“I remember tasting sauces for the first time when I was working in Paul Bocuse’s restaurant in Collonges-au-Mont-d’Or, near Lyon in France (also known as L’Auberge du Pont de Collonges). I was blown away by the flavour. I couldn’t believe how good it was. I was 19 years old. It was a military service really, forming you into a chef and focusing on detail and precision. Even the copper had to be spotless; that’s where I really fell in love with it to be honest.

There was a noilly prat sauce, a fish sauce, which was absolutely amazing. Really incredible. It was the creation of, using something powerful, yet so elegant at the same time. The sauce was the king of the kitchen because it controls the kitchen. It’s all about timing, down to the last second. I remember in my last few weeks in Bocuse I got to be on the sauce corner and to get there you really have to work hard.” “The next significant dish is one I did for my Dad. I wanted to create something that was really old but put my own stamp on it. To give him something from me. I have always felt that if I cook for someone I want to give them some of my soul. He was always raving about when they were kids they had a pig’s head.

The head would be placed on the table and it was almost survival of the fittest! So I said to Dad, ‘if I was doing it, this is what I would have made for you.’ It took me three months to get right. I marinated it in poitín. The first time I did it in a normal marinade and pushed it as long as possible, but when I cooked it, the fat hung around and that meant when you ate it, it lodged in your tummy, which wasn’t pleasant.

The poitín breaks down the fat, while still keeping the structure of the fat. I marinaded it for six weeks. I made a kind of purée from the eyes and cheeks and rolled it back up and cooked for 48 hours. I then rewrapped it in muslin cloth and hung it for two weeks. I then cut it down, sautéed it off and served it with a poitín sauce. The reason I also chose poitín is because he hated alcohol and it was me being rebellious and getting back at him. I thought it was funny.” “I always wanted to have one dish that would be our trademark in the restaurant, but then it became a few dishes. But the one that most people loved or we’d be remembered for is Sautéed Dublin Bay Prawns, with Bisque and Truffle Sabayon.

The idea with it was that the bisque and sauce were quite intense and then you cook the prawns for 30 seconds only. They have to be super fresh and amazing f’ing prawns! Everything stems from that, the bisque takes about a day to make and sabayon is just a 2-3 minutes, then let it rest and bring it back up for service. It’s about taking the item from its habitat and delivering it as quickly as possible without screwing up its purity and also using every part of it up to represent it. The dish came about when I was trying to do a prawn cocktail, but turn it upside out and change it. The bisque is like the marie rose sauce, with greens – there was a tiny bit of chervil – and instead of the mayonnaise was the sabayon to make it really light, the prawns were dipped in it and then the truffle was used as it’s an aphrodisiac. I love truffle because it’s one of the original aphrodisiacs. There are about 150 varieties of truffle and it’s about understanding it and working with it.” “I remember doing a dish for Muriel the second time I cooked for her. The first time I cooked for her she complained! This time I made a steak with a bordelaise sauce. You cook the steak, sauté off the shallots, get red wine and reduce it down and add butter. I cooked it when I was living in a house on Leinster Square. On our first date I brought her to see Lou Reed! It was destiny.

We’re all the time cooking for people and the appreciation of when someone really likes what it is, it’s a privilege. It’s amazing to be able to do something like that to make someone feel good. I always got that and we always made a soulful agreement with each other that we would only do it as long as we enjoyed it and it made people happy.

Coming near the end of the restaurant, it was the first time we really looked at what we did, we hadn’t done that before. The beauty about closing the restaurant was that we were so privileged to go on to a new project, which is amazing. For us that is more about our souls because we are doing something we believe in.”