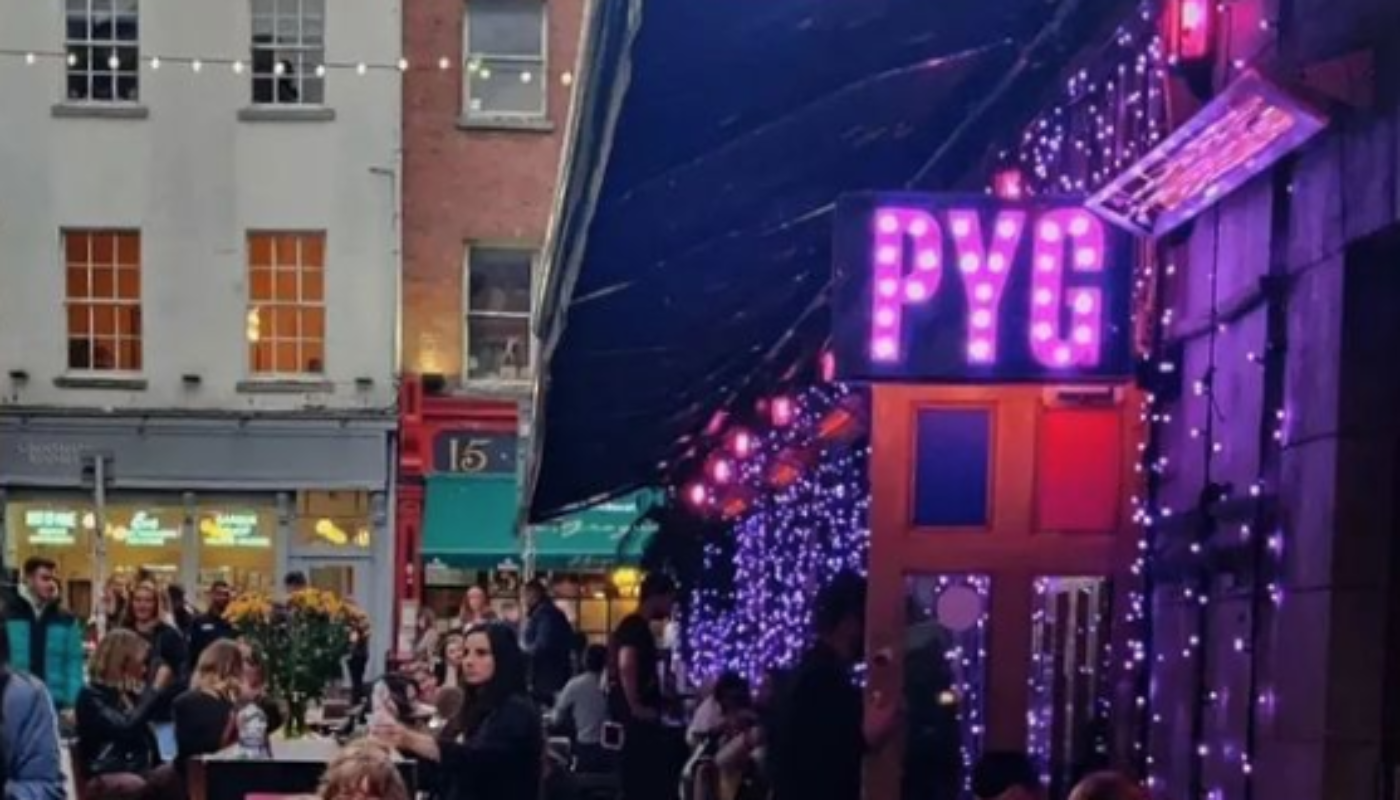 The announcement comes as the team behind the bar want to do something to help combat the growing homeless crisis in the city, which they witness every day as a central Dublin venue.

Iconic Dublin bar Pygmalion, better known as Pyg, have decided to drop all entry fees for the remainder of January, with hopeful plans to make this a long-term decisions. Instead, the owners would like attendees to donate the same entry fee to the Peter McVerry Trust. This waived entry fee also extends to ticketed events. The full line up of acts for the month of January has just been announced and it features some of Ireland’s most loved DJ’s, as well as talent from Europe, South America and Asia.

The Irish Homeless Report for November 2022 showed that 8,048 adults and 3,494 children needed beds. Pygmalion are not asking patrons for the exact entry fee to be donated, but are instead asking them to give what they can. 100% of all donations will go directly to the Peter McVerry Trust, and patrons can donate through contactless payments at the door or while booking tickets online. The dropped fees and charity partnership will run for the entire month of January, with plans to continue this initiative, if possible for the owners.

“The initial idea was warmly received with our customers in 2020 and with homeless figures at an all-time high today, we felt it was time to reintroduce this idea and help to raise funds and awareness once again for our city’s homeless crisis. It also gives our patrons the opportunity to help this great charity a little, which generally there’s a really warm response to.”

“We’re in here, in central town every day, and it’s so evident on the streets every day and even more so at night time. We have to remind ourselves not to get complacent about it, as we so much of it every day. When we have international DJ’s arrive from abroad, and they nearly always comment on how bad it is here, that always acts as a stark reminder.”

“I think so many of us in Dublin want to do our part to help but more importantly just desperately want to see this ongoing homeless crisis come to an end in our city”.

In response to this announcement, the CEO of Peter McVerry Trust, Pat Doyle, stated:

“It’s fantastic to see initiatives like this in January – typically a quieter month for donations after Christmas. We’re very grateful to the team at Pygmalion for choosing our charity and for highlighting the issue of homelessness to a younger audience. The money raised will enable us to help more people to leave homelessness behind for good.”

To help counteract any notions of January blues, the bar, which is much loved for their supreme ‘Pygtails’ have also announced a discount of up to 20% on all food and drinks. Included in this January promotion, all pints served will drop below €6, a price-point that is now almost impossible to find in Dublin. Also returning for 2023 is the much loved Pyg Sundays party with up to 40% off all drinks, which will run every Sunday for the remainder of the year.

For more details you can check out Pygmalion on Instagram here.