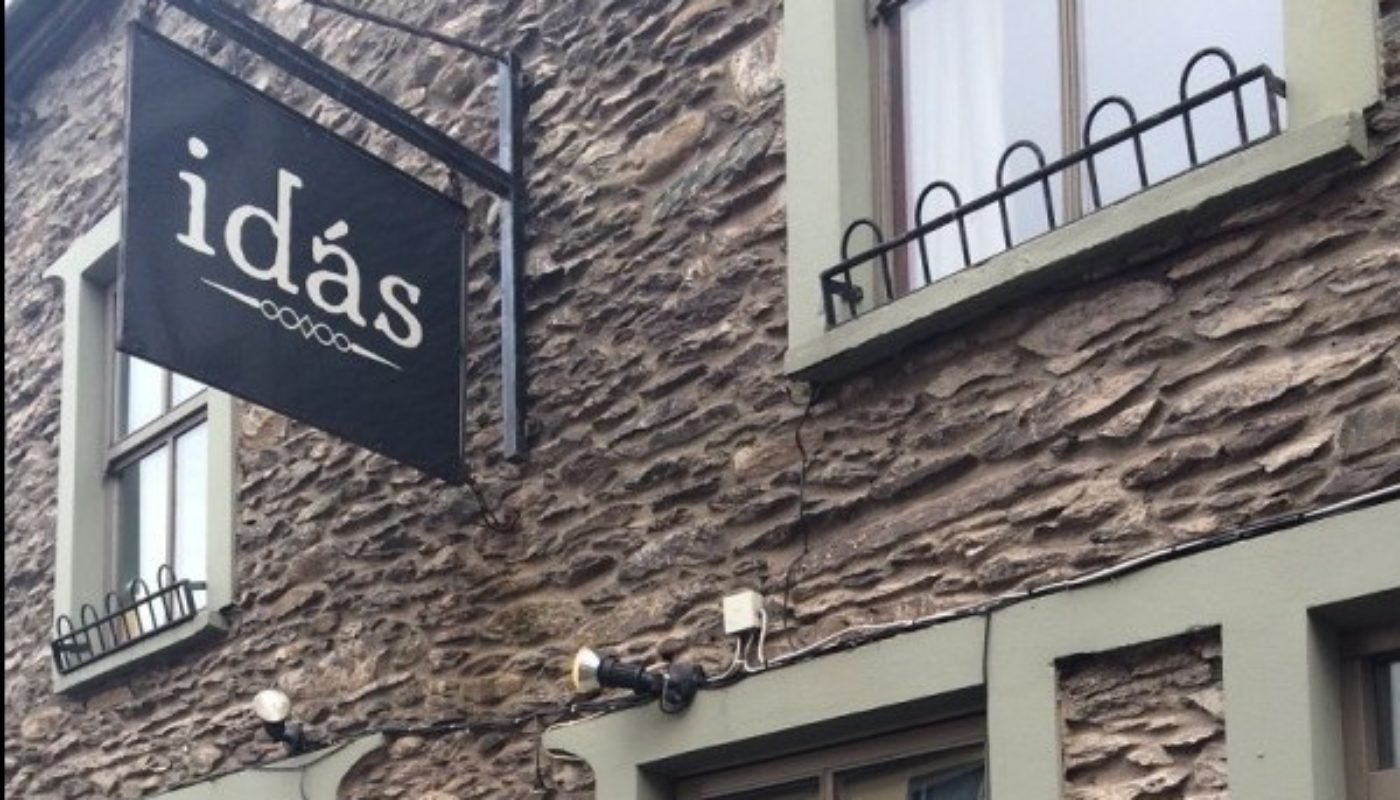 The winding road to Dingle hugs the Kerry coastline, with each bend simultaneously breathtaking and mildly nerve-wracking with the prospect of a sheer drop into the sea threatening after each bend. Navigated with care, you arrive in one of Ireland’s most magnificent destinations, the beautiful town of Dingle, and quickly realise that the twists and turns were well worth enduring.

Widely recognised as one of Ireland’s best foodie towns, Dingle is far more than just a pretty face. With this in mind, I felt compelled to make a trip to the recently crowned RAI Best Restaurant in Kerry, Idás, to see how a relatively new restaurant had managed to pip its established neighbours to the prize. As a Kerry native, my curiosity was stoked, and with a discerning partner in tow, we set out to investigate the intrigue of Idás.

Greeted by a grey stoned front facade which instantly reminded me of the Blasket Island Beehive huts, the decor inside is built around an ancient cast iron pot nestled within a beautiful brick stove, again evoking monastic imagery. Dark wood, low hanging lampshades and leather seating coupled with vibrantly coloured contemporary artwork added a modern feel to this cave of wonders. We were warmly welcomed by waiter David Healy, who would prove to be our wonderfully knowledgeable guide through a fascinating flavour journey designed by Chef Kevin Murphy.

As we contemplated our choices, an amuse-adorned stone appeared before us, with three beautifully dainty treats starting with a zingy sorrel leaf with yoghurt gel. Alongside was an elegant spoonful of silky rosemary infused hollandaise with housemade mushroom soy coated toasted buckwheat, a mouthful so interesting that I commandeered both to ‘fully appreciate the flavours’. An intensely savoury micro oatcake with goat cheese mousse and dehydrated beetroot rounded out the delicious trio, a strong start which raised my expectations of what was to come. My dining companion decided on West Kerry Lamb Belly with pickled Shellfish and watercress (11) to start. I had a more difficult time deciding, as the foraged broth of Land and Sea, which David explained was based on a collection of treasures hand-picked by the team from the Dingle Peninsula coastline and environs bathing in dashi stock, sounded incredible. However, hearing that the Octopus with fermented fennel and hen’s yolk was cooked sous vide for four hours before being blowtorched sealed the deal for me, and the addition of a fermented element had me anticipating a unique and exciting dish. And a cutting edge offering I did receive.

Plucked from the Peninsula, lithe tentacles were artfully arranged, fanned around a sun-like orange hen’s yolk and topped with delicate fermented fennel shavings. A kiss of a blow torch added a delicious smokiness to the curled morsels of sweet octopus which largely retained succulence as a result of its sous vide treatment, bar one or two of the slimmer ends which had a bit more of bite. The unctuous yolk, ripped apart excitedly to yield a satisfying ooze, acted as a wonderful dip and contrasted beautifully with the slightly acidic aniseed of the fermented fennel. Bravo Chef. The surf and turf combination of lamb’s belly with pickled cockles and sea snails was a pairing designed to deliver on the umami front, looking almost like a treasure chest over-flowing with with gems from the sea surrounding the treat that is West Kerry Lamb. Largely fed on sea-sprayed hillsides which adds another dimension of flavour, Kerry Lamb is the best in the country. Although I may be slightly biased, I will happily fight Wicklow for this crown! I often pair lamb with anchovies to bring out the inherent sweetness of the meat, and pickling the shellfish in this instance achieved this while also drawing every last ounce of ‘lambiness’ from the belly.

The ascerbic pickled edge cut through the richness of the rendered layer of crisp, more-ish, lamb crackling. This dish had me wondering why pork scratchings are a thing when lamb fat is infinitely more satisfying. We now know fat is not to be maligned as it once was and I justified my desire to devour this amount of fat with that little tidbit several times in between stolen mouthfuls. The underbelly meat could be greedily pulled with a fork and again was far more pleasing than the ever-popular pork equivalent. A splash of peppery watercress emulsion finished the dish, which as you can probably gather, was enjoyed immensely.

I had made my main course order in the belief that being by the Coast should guide my dish choices but having been blown away by the seafood speckled lamb starter I was confident that Chef’s skill set was entirely amphibious. With this in mind, I was quite sure I would loot my companion’s carnivorous choice as extensively as I did with the previous course. David had advised us that the Aged Beef & Onion, Ballyhoura shitakes and dauphinoise was more exciting than it sounded, as the cut in question was the exceptional Charolais 56 day dry aged striploin, so delicious and difficult to acquire that it has caused fisticuffs between staff faced with having to ration portions out between them to get a taste. I applauded David’s statement that Chef would take this no further than medium and I wholly agree that it would have been a travesty to overcook this beauty. Pared back presentation-wise and paired with a caramelised onion enriched jus, a veritable meat feast was presented and upon first cut it was declared that a steak knife was wholly unnecessary, this steak was cutting like butter despite a thin crisp coat of fat and being requested (and delivered) perfectly blushing rather than my preference of ruby bruised. The Ballyhoura delights mirrored the intense meatiness of the Charolais, the aging process of which makes it the Richard Gere of steaks, multiple times better at 56 than 28. A thin slab of dauphinoise sat alongside, like a gold bar, sealed on all sides so every bite had the prized crispy bit usually only on top, which is fought over whenever this dish is made in my home. Unsurprisingly, my dining companion was fit to fight me upon request to share, and I was lucky to get two mouthfuls as she concluded this was verging on the best beef dish she has ever had. A triumph. My dish was mysteriously dubbed Turbot, whey, wild garlic and, curiously, coastline. Presentation again was clean and understated, no foams or stylish smears of sauce, this dish was frill-free. A generous fillet sat beside a deep pool of velvety whey emulsion  adorned with cockles, vibrant jade blades of wild garlic and mini spheres of dulse seaweed dusted potato. The turbot spent just enough time in the pan to develop a buttery crust and stay translucent within, but the standout element of this dish was undoubtedly the whey emulsion.

Enriched with the filaments of turbot which are trimmed to produce a visually appealing fillet, this took the depth of flavour to incredible heights – the essence of turbot captured. The sauce was elevated further still by the use of whey as the base, which added a buttermilk-like tang, completely outdoing the usual pairing of citrus as the necessary sour foil to a densely flavoured sauce. The luscious mouth-feel of this bisque-like blanket was a study in itself, completely enveloping the taste buds. While Idás has no coastal views, this dish managed to transport me right to the sea front, thoroughly clarifying the menu’s reference to coastline. Paired with a stunning Vouvray, this dish was faultless.

As so often happens, dessert felt like an unnecessary extravagance. Yet somehow we found ourselves beckoning David to bring us a deeply decadent 68% Valrhona ganache, paired with a quennelle of Teeling whiskey ice-cream, which sat atop apple balsamic vinegar coated buckwheat groats for texture. The choice of 68% cocoa solids over a darker chocolate was inspired here, as was the choice of fruity Valrhona, which married with the crystal-free whiskey spiked creaminess of the ice cream like a perfect disgestif cocktail.

The second dessert of the night was billed as rhubarb, Dingle gin and mascarpone and but was much more complex upon arrival. Candied strips of celery , sweetened to mimic rhubarb but retaining more bite played beautifully with a rhubarb and gin jelly, which packed a serious juniper punch. Topped with sticky shards of rhubarb granita and a dollop of mascarpone for contrast, this dish reminded me of an old school pub-cum-sweet shop with its jellies and gin and I loved repeated allegiance to Kerry produce.

Our bill, excluding service, came to 120 for three courses each and one glass of rather fine wine. If I could change one thing about Idás, it would be the absence of a tasting menu, as a series of smaller courses would really heighten the experience of being immersed in the flavours of Kerry. As Kerry produce myself, it was wonderful to see such championing of local ingredients. The theme of terroir-based cooking, notably also advocated by JP McMahon of Aniar, made the entire meal feel like the Kingdom on a plate. This was an incredible feat accomplished by Kevin Murphy, who, having left his job in youth services to follow his passion took a leap of faith without any formal culinary training bar very brief stages in a number of kitchens in around Ireland.

Tucked away in their beehive huts, the Blasket Monks dedicated their lives to write what are considered to be literary classics. In the stone walls of Idas, Kevin is working on classics of his own, driven by a genuine love for food and foraging. I know I will return, eager to see how Kevin’s cooking evolves further. I would advise any and every one to include Idás on their itinerary as it truly proved to be the jewel in the Kingdom’s culinary crown. 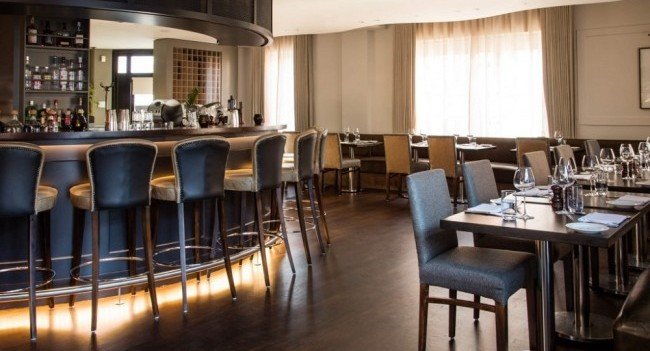 Getting All Fired Up – Asador Re… 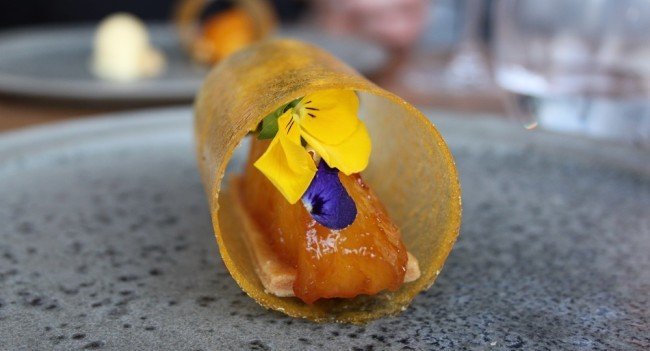 Graceful as a Gazelle, Strong as… 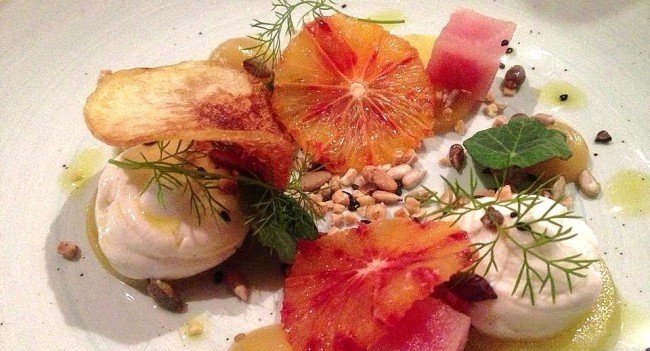 Crafty Cooking in the Suburbs – … 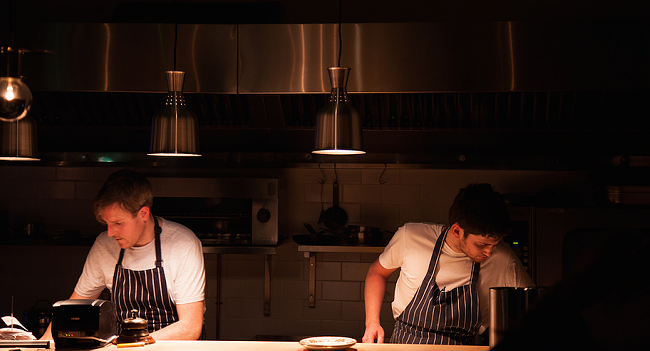