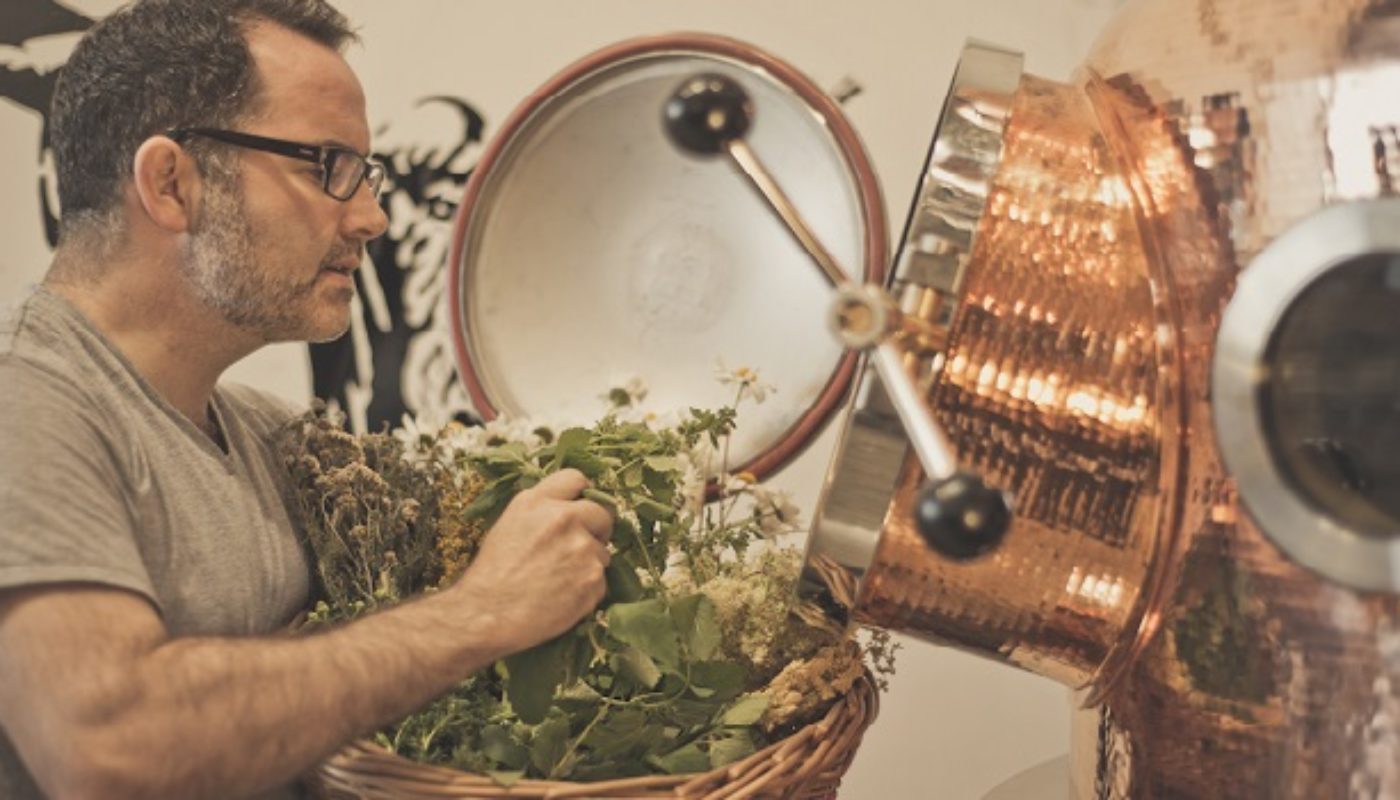 As worthy as the craft drinks boom has been in recent years, it’s hard not to be cynical about how abused the term ‘craft’ has become of late.

It didn’t take too long for the large multinational corporations to jump on the bandwagon and apply the adjective to their products, if not literally then by association via clever marketing campaigns showing folksy, happy people enjoying enigmatically-named products in honest-to-goodness packaging.

So if you’re suffering from a bit of ‘craft’ fatigue and you’re not familiar with Glendalough Distillery, then you may understandably be a bit suspicious of their “Ireland’s First Craft Distillery” tagline, especially given their comprehensive range of award-winning products in slick bottles. Glendalough Distillery was set up by five friends from Dublin and Wicklow who, along with a passion for spirits, also had savvy business nous and an eye for something big about to erupt.

Thus Glendalough Distillery was founded and the mystical Saint Kevin adopted as their mascot, an emblem representing not only the history of the area but also the rewards of patience, perseverance, and a steadfast commitment to an ideal.

Before their award-winning whiskeys they produced Poitín, whiskey’s predecessor and again a neat link to Ireland’s past, before more recently releasing the four seasonal gins that arguably has made their name, at least to a public soaked in the gin craze that has swept the world in recent years.

The actual Glendalough Distillery is, for now at least, located in an unassuming industrial estate on the edge of Newtownmountkennedy, Co. Wicklow. Our entry was via roller door normally opened only for deliveries: we shuffled past sacks of grain and assembled cardboard boxes ready to be packed into a largely unadorned industrial unit that most definitely favoured function over form.

Until, that is, your eyes rest on a gorgeous 500L litres Arnold Holstein pot-and-column still in gloriously vibrant burnished copper at the back wall which radiated with totemic significance. It truly is a thing of beauty: the buffed stainless steel of the steam jacket contrasts sharply against the reddish-gold, dappled body of the still.

So that was one of them – where were the rest? I looked around the poky unit which – apart from this delivery area and the corner that housed the still – counted only an office and a space above it which Glendalough crew turned into a shebeen of sorts.

Up until that visit my only distillery experiences had been the Midlton behemoth and the tasteful, albeit also quite large, new Tullamore Distillery, so understandably I assumed at that point that any spirits company with any ambitions of scale needed more than just the one still.

And this is where the ‘craft’ of Glendalough Distillery comes in, for they actually can’t produce more than what that single 500 litres Holstein gives them, making their in-house products truly batch-produced, artisan labours of love.

The process is pretty much entirely manual: they shovel in the botanicals by hand, detect the cut points mostly by taste, and control flow among the various pipes by turning levers and twisting knobs – there wasn’t, as far as I could see, any piece of IT technology anywhere. And if that isn’t the definition of ‘craft’ then I don’t know what is.

But within a matter of months Glendalough Distillery will finally be going home – they’re currently eyeing up a stunning historical site located a stone’s throw from the Glendalough lakes themselves which will hopefully be open for tours in the middle of next year. This ‘homecoming’ of sorts will complete Glendalough Distillery’s narrative arc, so to speak, bringing the brand not only closer to its heartland physically but also practically, since, all going well, they will have the chance to forage more spontaneously among a designated estate and draw water from a nearby well, among other benefits.

And, in a terrifically coincidental turn of events, the building available to them is the estate’s own private chapel – not even Saint Kevin himself could have prophesied that result.

And it doesn’t stop there. The company that first brought us the concept of seasonal gins and spearheaded the return of Poitín cannot be expected to rest on their laurels (which would probably be foraged of course).

Any time now they are about to release a Sloe Gin variant which they’ve been resting for about a year, and in the pipeline they have “some very experimental gins” of which ‘beech leaf’ will be the first.

The Times They Are A Chan-gin

While we were at Glendalough Distillery they were in the process of producing their Spring Gin, one of their seasonal gins that have garnered widespread acclaim both home and abroad – indeed, in the last few weeks they won three medals in the three categories they entered in the “Oscars of Gin” that is the Global Gin Masters: silver medals each in the ultra premium and organic categories, and a gold medal in the micro distillery category.

Peering into the porthole of the Holstein where we could see, swirling about inside, a stew of juniper berries, orange peels, thorny gorse flowers, pine needles, leaves of various descriptions and much more.

For, you see, Glendalough Distillery’s botanicals – at least the non-exotic ones – are locally-foraged. Yes, another of those controversial terms: it seems you can’t move nowadays but for all the foraging. But again, as we’ve seen so far,

Every season the team at Glendalough Distillery work with renowned local forager Geraldine Kavanagh of wicklowwildfoods.com where they spend a week in the wilds of the Wicklow countryside foraging for the freshest and most interesting local botanicals, berries and fruit.

That means, of course, that every year the seasonal gins change, which is precisely the point – the concept of terroir defined. With each release you literally taste the season just gone.

These foraged botanicals are then gathered and left macerate with six of the basic ingredients of gin — juniper, coriander, angelica root, orange peel, bitter almond and orris root – for two weeks before being distilled in the aforementioned Holstein still and finally bottled.

At the end of our tour everyone scattered hurriedly back to their day jobs; I however, hung around to pick the brains of distiller Ciarán Rooney, a.k.a. “Rowdy Rooney”. With amazing grace and patience he let me sniff and sample all the botanicals he had to hand, including the mysterious angelica root and orris root, allowing me a true ‘deconstructed gin’ experience.

I was the last to leave the unit, which by then had become as still and quiet as St Kevin’s chapel. As I was about to duck under the roller door I turned to see Ciarán bent over a thorny gorse bush next to the Holstein still, his gloved hands picking the flowers from it one by one, destined for the next batch of Spring Gin.

As clichéd as ‘hand-produced, artisan, batch, craft distilling’ sounds, that was nevertheless exactly the last thing I saw when leaving Glendalough Distillery. Produced with barley and not potatoes – as potatoes arrived in Ireland about 1,000 years after the first Poitín was produced – it’s unctuous and unexpectedly herbal. My personal favourite of the three Glendalough whiskies: rich butterscotch, honey, vanilla and spice with a mysteriously smoky undertone. There’s juniper, of course, but also a slight coconuttniess from the gorse and sweet, sappiness from the pine needles, finished of with a nice refreshing citric note. 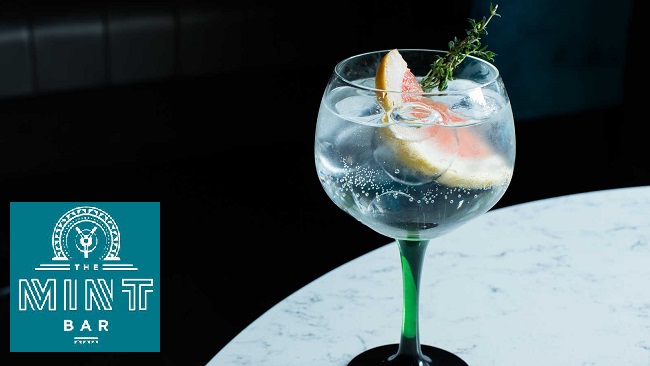 3 Gin Cocktail Recipes from The … 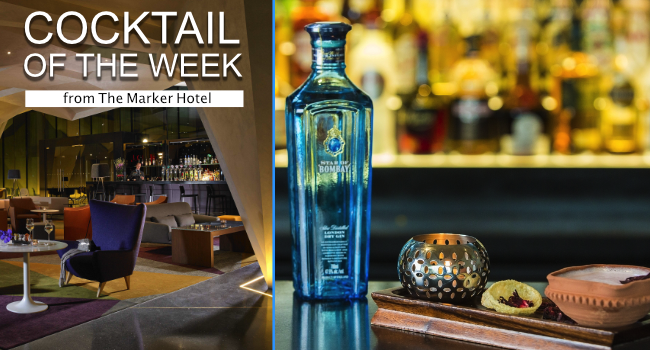 Cocktail of the Week from Bombay… 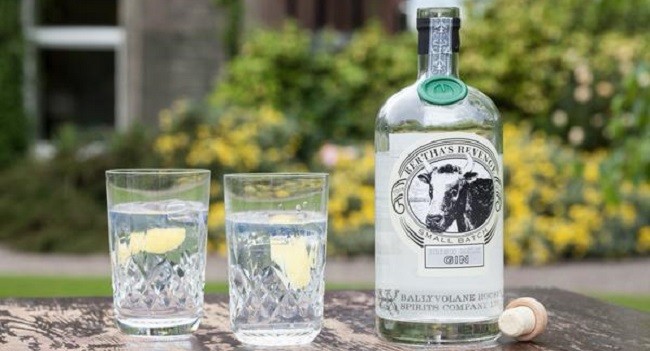 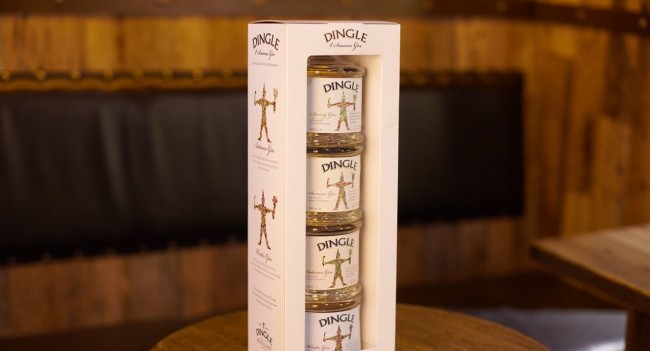