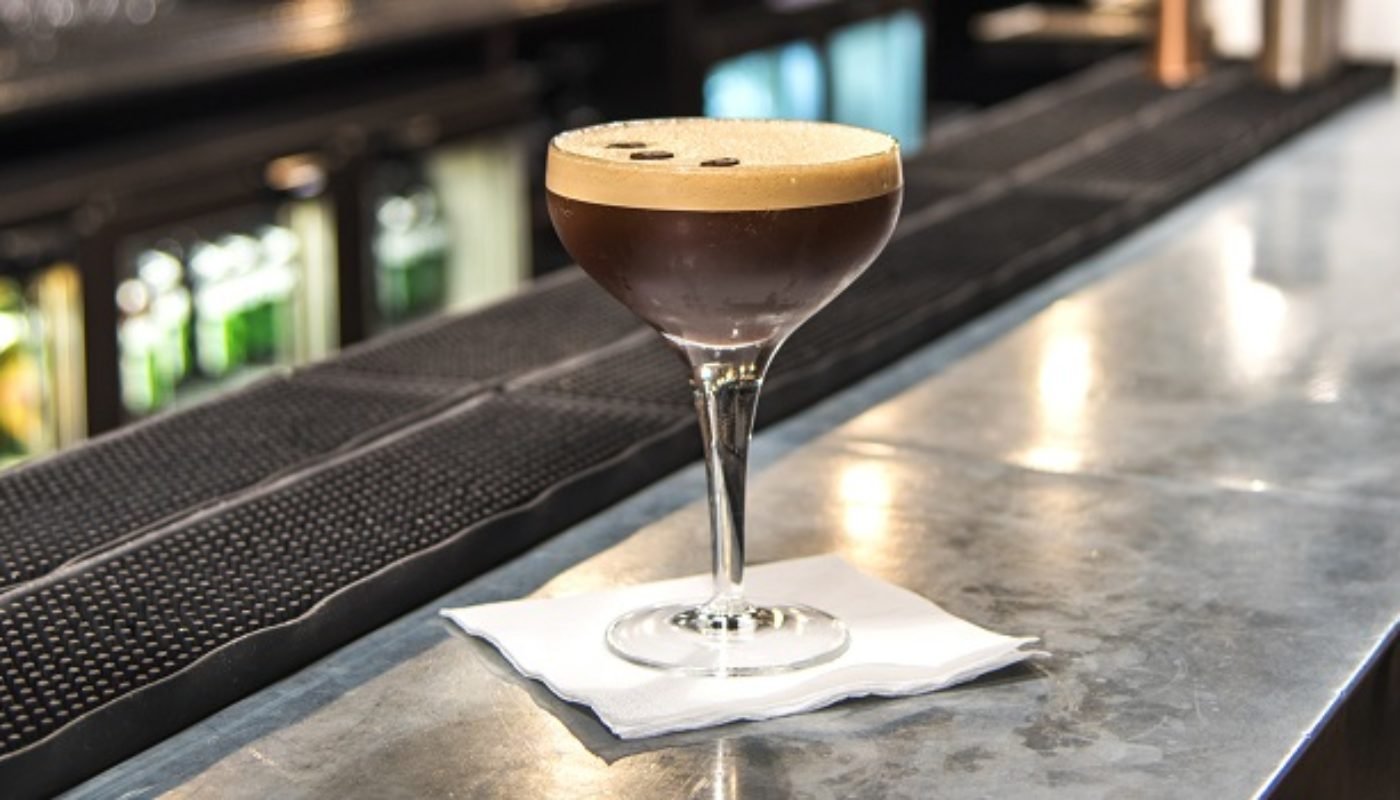 Home » All Hail the Espresso Martini – How did the Caffeinated Cocktail Take Over Irish Bars?

All Hail the Espresso Martini – How did the Caffeinated Cocktail Take Over Irish Bars?

Wake up and smell the coffee: If there’s a drink that has divided and conquered the Irish cocktail scene, it’s the Espresso Martini. Unlike the Cosmopolitan or the Old Fashioned, the drink has climbed its way to the top without the help of a Carrie Bradshaw or a Don Draper and while it’s not that new, it has experienced and accelerated revival and it’s now a common sight on a night out.

Created in London by the late bartender Dick Bressell, it was originally called Vodka Espresso but soon it changed to its catchier name. On a video from his YouTube Channel, he shared the story behind the recipe: “I invented this at a friend’s club in the late eighties when a young model who’s now famous came in and said ‘can you make me a drink that would wake me up and then f**k me up?’.”

The cocktail is served in a martini glass (sometimes a coupe) and it combines vodka, sugar syrup, Kahlúa Coffee Liqueur and a fresh shot of espresso, and it’s usually garnished with three coffee beans floating on its foamy top.

Without the nostalgic glamour of Prohibition era drinks or the technicolour flamboyance of Tiki tipples, how did a relatively plain-looking cocktail from a decade not precisely remembered for its sophistication became so popular in 2017 Ireland?

While a lavish night out became a distant memory during the recession, good coffee was always an affordable luxury that people could treat themselves to. In this context, the growth and consolidation of a thriving coffee culture in Ireland gave the current decade a distinctive flavour of fine arabica beans and artisan roast.

People went from instant to Instagram coffee and the wonders of a proper shot of espresso became mainstream. Simultaneously, a revolution was occurring on the alcoholic front and craft spirits were motivating bartenders to take the next logical steps, craft cocktails. So, better beans and better booze mixed with a growing appetite for international flavours… It was bound to happen.

Besides that, let us remember that there is a long tradition of enjoying coffee and alcohol together in Ireland, the birthplace of the world famous Irish coffee, a hot drink that kept the heart of Irish whiskey beating during the darkest days of the spirit, and of Baileys Irish Cream, which is a latte spiker so well liked that a coffee flavoured version has been available for about a decade.

Another Irish drink that shows the predilection for merging coffee and alcohol is Sheridan’s Coffee Liqueur, launched in the nineties and combining two bottles meant to be poured at the same time to emulate an Irish coffee.

As recent as the beginning of this year we saw the launch of exhibit number who’s counting? Cremór Irish Cream, made by Corkonian company Avondhu Liqueur Company and described as “magical” probably due to its ability to rise and float on top of coffee, one of its strongest marketing edges.

Did we mentioned that the dark bottom and light brown foamy top of an Espresso Martini vaguely resembles a pint of stout? Just saying…

Thank (or Blame it on) The Australians

For another reason why the Espresso Martini does so well in Ireland, we’d have to go Down Under. In Australia, and in Melbourne especially, the drink never went out of fashion, in fact, it was among the trendiest items ion the menu in the early 2000s. In a piece about the country’s national obsession with Espresso Martini on Punch Magazine, Oz-based bartender and author Fred Siggnins recalls how bars at the time were attracting the after-dinner crowd with cocktails which could substitute desserts.

Walk into a trendy coffee shop in Dublin and you’ll be able to sense a Melbournesque influence, surely baristas were not the only ones inspired by their Aussie colleagues.

And as if more arguments were needed, the rise of brunch as a social activity more than a meal and the subsequent boozyfication of the occasion provided yet another situation in which something caffeinated, boozy and sweet could shine. As with All Things Popular

With such a ubiquitous presence, has the Espresso Martini become too big to be “in”? Is it now its time to enter the museum of basic along with pumpkin spiced lattes, Ugg Boots and Coldplay songs?

In fairness, not all bartenders are fans of the cocktail, which I’ve heard been called things like “this generation’s Cosmopolitan” or “the new mojito” (just in case you’re wondering, that’s not a compliment). At the renown venue The Blind Pig, you won’t be served one even if you ask as cocktails that require “a blender or an espresso machine” are off limits.

But let’s be honest: it’s made with relatively inexpensive ingredients that can be found even on the most modestly stocked bars, it doesn’t precisely require a master mixologist to shake one and it’s rarely the cheapest on the list (curious how these three characteristics are also true for Gin & Tonics) so it’s a perfect recipe for it to be a hit. Surely many a cocktail snob is sulking all the way to the bank after a busy weekend because at the end of the day, a well made Espresso Martini with great coffee and a high quality vodka can be a delight and by the look of things, it’s not going anywhere anytime soon. The silver lining of a healthy dose of aversion to massification is that some bartenders are using their creativity to give the drink an edge and in doing so, they are reinventing it and keeping it cool.

Treat Yourself to an Outstanding Espresso Martini

Wondering where to drink an Espresso Martini done right? In Galway, find a classic one at The Front Door Pub or at the bar at The Twelve Hotel. Tribeton goes from Russia to Mexico as they feature a version with Tequila, the Patrón XO Café Espresso Martini, also in the City of Tribes, Nova Bar does both a classic Espresso Martini and a Latte Martini which includes Baileys, a similar variation is on the list at The g Hotel, and in Buddha Bar it’s spiced with cinnamon.

We’re weekend ready, what will you have? #tribeton #galway #brunch #lunch #dinner #cocktails

In Waterford, award-winning Davy Macs mixes one with Absolut Vanilia Vodka.  In Cork, Electric Bar, Edison, SoHo and Pigalle are sound choices for your EM. Killarney’s Espresso Martini go-to location is The Ross Hotel and in Kilkenny, you can rely on Paris Texas for it.

In Dublin, some venues that have mastered the art of the Espresso Martini include Fade Street Social, Angelina’s, Balfes, Peruke & Periwig and Jimmy Rabbitte’s.

Espresso Martini-sophisticated & deliciously confusing Enjoy it at HALF PRICE every Tuesday along with other classic cocktails from our menu pic.twitter.com/PpC3TCmklX

Bow Lane has taken it to the next level with the Boomerang, which includes the addition of chocolate liqueur and a roasted meringue top. At The Church, you’ll also find an evolution of the classic Espresso Martini, called Grounds for Divorce, and with the addition of Frangelico hazelnut liqueur and a splash of vanilla essence shaken together, presented in transparent coffee cups. 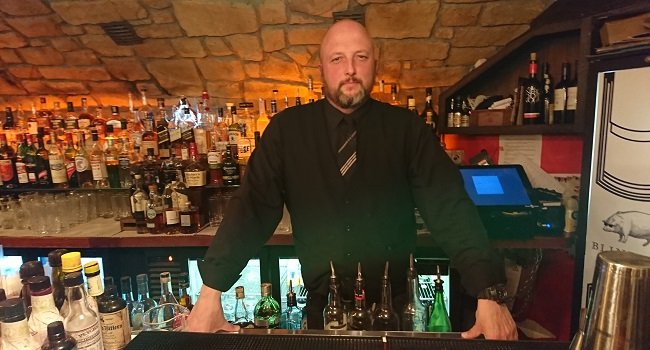 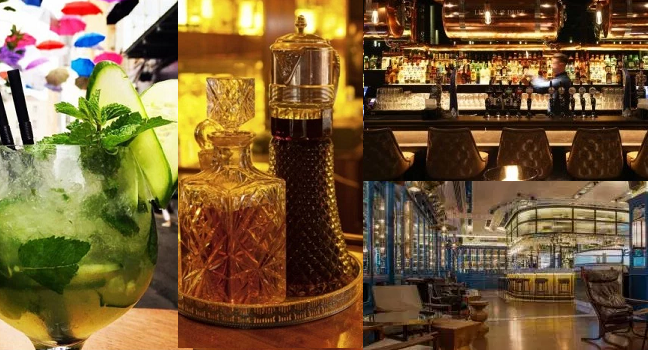 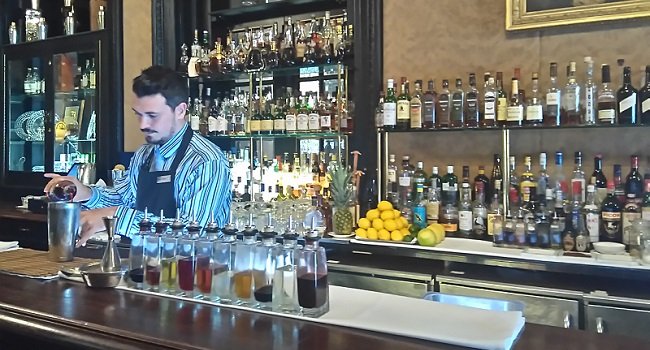 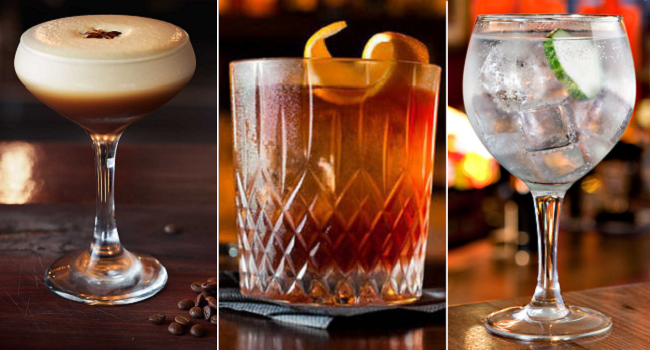 The Mix of Now: What’s Shaking i… 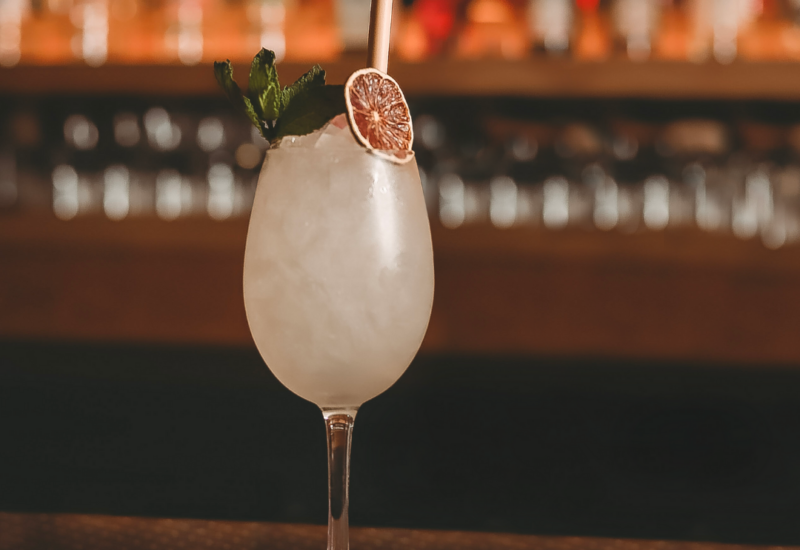