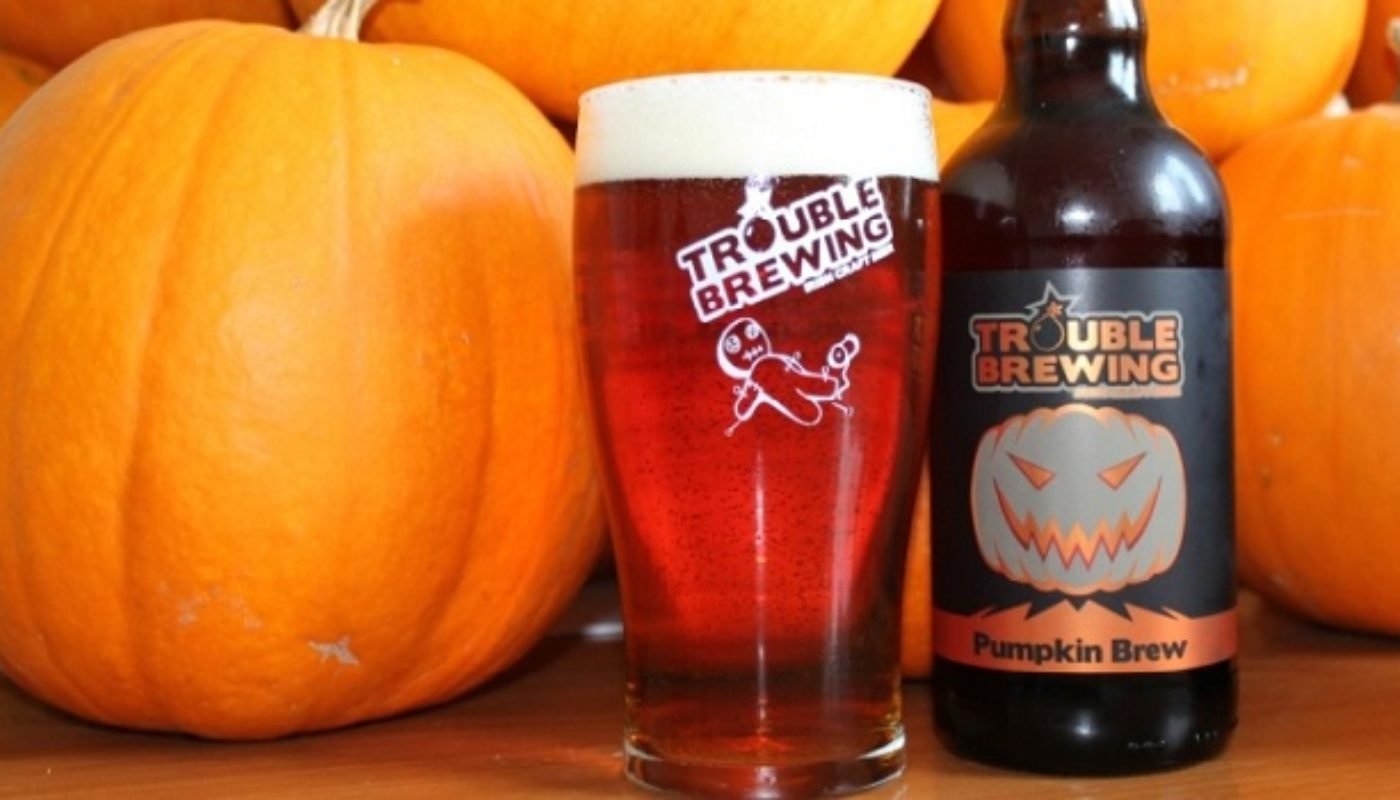 It’s that time of the year again, when the leaves start to change, the air becomes crisp with the chill, and pumpkin spice rules supreme. Pumpkin beers may seem like a modern invention with everything from your latte to your dog’s treats becoming pumpkin flavoured. But pumpkin beer itself has a long history in the United States that can be traced back centuries to the very early colonial days of the Americas.

Pumpkins were originally introduced to the colonists by Native American people. Due to their wide availability and high sugar content, they were particularly suited to brewing. In fact, in the first beers that used the fruit, this took the place of malt entirely due to the expense of import. Robert Beverly Jr., author of A History of Virginia, In Four Parts, wrote in 1706 that ‘the richer sort generally brew their small beer with malt’  which has been imported from England and that the ‘poorer sort brew their beer’ with things like molasses, ‘green stalks of Indian corn cut small’ and you guessed it, ‘with pompions,’ the early colonial term for pumpkins.

An early recipe exists from February of 1771, when the American Philosophical Society, founded by Benjamin Franklin himself, listed a recipe for pumpkin ale which called for the mashing of pumpkins to be ‘pressed as apples’ and then ‘hopped, culled, fermented etc as malted beer’. And Samuel Peters, in 1791, declared in his General History of Connecticut, that the inhabitants made ‘good beer of pumpkins’ and that the fruit was ‘a great blessing’ and ‘held sacred’.

In general, the widespread creation of pumpkin beer died out in the 19th centuries as the availability of malt rose and cost decreased, though it was still used to some degree as a flavouring agent. It became revived in the 1980’s in the U.S. by Buffalo Bills Brewery, using one of George Washington’s recipes as inspiration. However, while these first versions of their brew used pumpkin itself, the modern incarnation uses pumpkin spice instead.

This is a key difference in many modern versions of pumpkin beers, using the real thing -actual pumpkin- versus ‘pumpkin spiced beer’, that aims for the flavours of pumpkin pie with a blend of ginger, vanilla, nutmeg and cinnamon for example. While we do know that colonists were using spices in various foods during the early days, we aren’t certain if, or how, these early historical beers would have been flavoured. Both types are delicious, but if you want to go for a more authentic nod to the historical version, it’s got to have real pumpkin! And that brings us to Trouble Brewing!

I had a chat with Paul O Connor, one of the Founders of Trouble Brewing about their famous Pumpkin Beer, the first of its kind in Ireland made with their own ‘home-grown’ pumpkins! So how did the idea for the pumpkin beer come about?

“We came up with the idea as, due to the company colours being orange and black there was always pubs asking for extra beer mats etc. around Halloween, as everything is branded with an orange and black theme at that time of year. So we decide to embrace the concept and go with a beer that celebrated the occasion, and pumpkin beer seemed like the obvious choice.”

Why do you grow your own pumpkins?

“For the first year we bought in our pumpkins, but this led to the farcical situation of spending a load of time and effort to get pumpkins in early September. So in order to make sure we had a guaranteed supply we decided to grow our own, or more correctly, we asked Deirdre to grow them for us in her allotment in the Dublin Mountains. This also means we have the added benefit of being able to plant them out a few weeks early so they’re ripe at the time of  brewing. We’ve never used canned pumpkins so we can’t say what the difference is for sure, but we prefer to use our own freshly roasted pumpkins, as with nearly all foods the fresh version is superior to a packaged version.”

How important is it to use your own home-grown pumpkins in your beer?

“It’s important to us that we use actual pumpkins in the beer, as it’s known that some breweries can take a short-cut and leave them out, relying on the pumpkin spice to contribute to the pumpkin-y aspect of the beer. We’re of the philosophy that if we’re claiming on the label that it’s a pumpkin beer, there needs to be pumpkin in the ingredients. That said, like most pumpkin ales, most of the distinctive flavour characteristics come from the pumpkin spice, in this case it’s our own proprietary blend. Again this was born of necessity, because being in Ireland we don’t have ready access to a pre-blended pumpkin spice. We’ve tweaked the recipe for the pumpkin spice over the few years that we’ve been brewing the beer. The spice is now a little more subtle than it was in the early incarnations of the beer but it still has that distinctive ginger and cinnamon kick.” What has the reception of the beer been like?

“Our Pumpkin Brew, in common with pumpkin beers the world over, receives the same love-it-or-hate-it dichotomy from beer drinkers, but thankfully those who love pumpkin beer are usually very enthusiastic when it comes to the Halloween seasonal brew. But it has been pleasing to hear from people from the USA and Canada reacting positively about the Pumpkin Brew, since it’s a long standing tradition in those countries, and we’ve often been told our version compares favourably with the ones ‘back home’.”

So there you have it. A fabulous beer with a long historical background and perfect for sipping on a crisp fall evening as the nights get longer- especially in time for Halloween!

Trouble’s Pumpkin Beer will be available in off-licenses nationwide from mid-October.