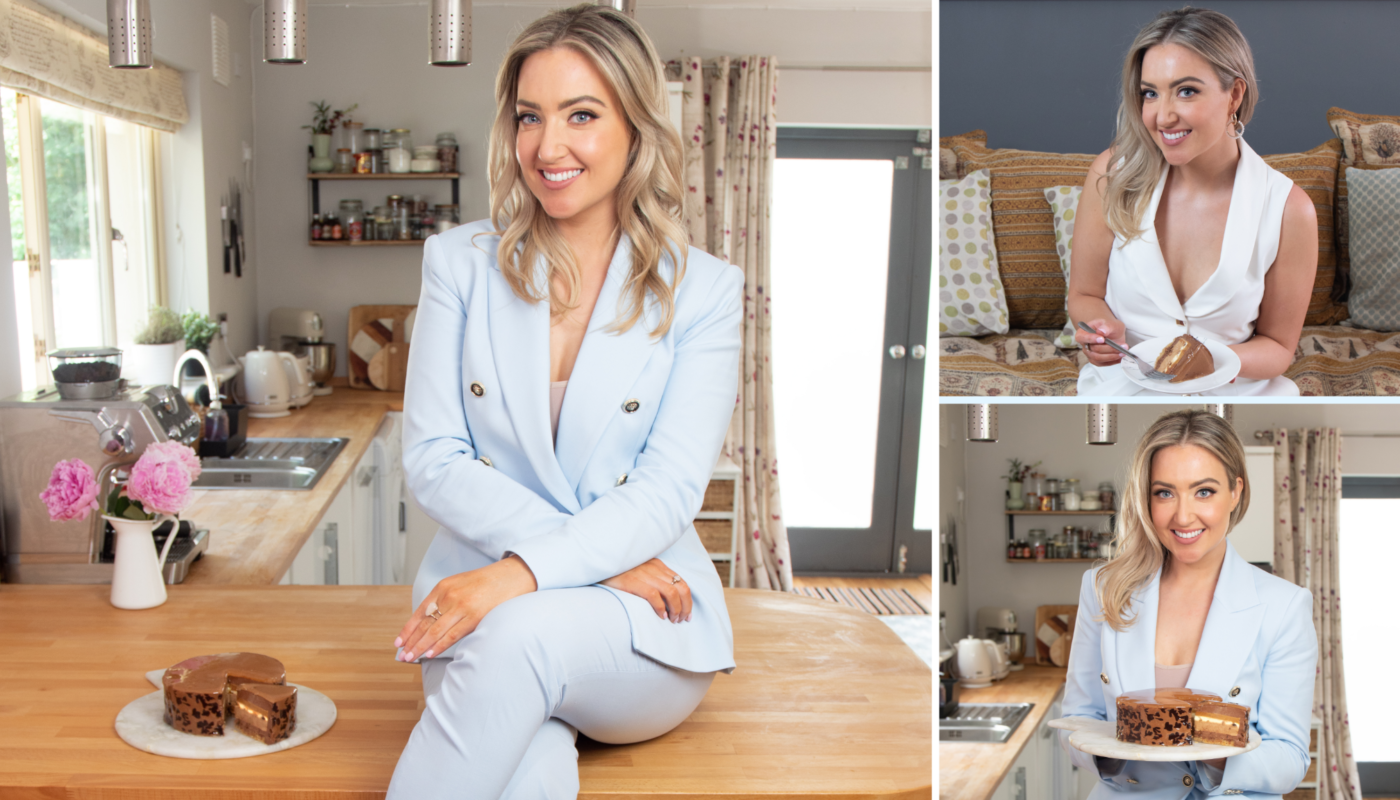 After a decade spent working at the highest level, renowned award-winning Pastry Chef, Aoife Noonan, is leaving professional kitchens behind her with the launch of her own business. Via her new website, www.aoifenoonan.com, she’ll be offering a range of bespoke high-end online cookery classes aimed at discerning foodies and has also announced the first of a series of monthly must-have limited edition pastry line releases.

Chocolate has played a pivotal role in Aoife’s career over the last ten years so it seems only fitting that the first of her online classes and limited edition patisserie creations will both focus on ‘A Celebration of Chocolate’ theme to tie in with the upcoming global celebration of World Chocolate Day on Wednesday 7th July.

Aoife will be running a two hour long cookery class on 7th July (6pm start time), during which participants will learn how to make Salted Caramel Dark Chocolate Truffles, Black Forest Panna Cotta, and Almond & Apricot Mendiants. The cost of the cook-along is €65 and can be booked online now at www.aoifenoonan.com. Those booking onto the class will need to source and weigh out their core own ingredients like flour, sugar and butter themselves. The cost of the class also includes the delivery of premium Valrhona chocolate and other sometimes hard to find ingredients to participants’ homes in advance.

Chocolate lovers will need to be quick to secure the first of Aoife’s one off limited edition must-have creations – a Chocolate Entremet priced at €45 each. This classic French layer cake consists of a rich Dark Chocolate Mousse (72% Valrhona Chocolate), Hazelnut & Lemon sponge base, Nougat Noisette (Crunchy Hazelnut Praline), Lemon Confiture, a Hazelnut Mousse, and a Caramel Cremeux (rich set Caramel Custard). These are available to purchase now in limited numbers via www.aoifenoonan.com, with a couple of different delivery date options to choose from; Sunday the 4th of July, or Saturday the 10th of July. Delivery for all of Aoife’s patisserie lines will be limited to Dublin and the surrounding counties (Meath, Kildare and Wicklow).

Following on from the initial World Chocolate Day launch, home cooks and corporate groups will have the option of selecting from off-the-shelf classes including Cake Basics, Afternoon Tea, Brunch With Friends, a Macaron Masterclass, Special Occasion Desserts, and a 4 Week (one class per week x 4) Patisserie For Beginners course. For those looking for something a little more bespoke, Aoife will also be offering highly customised group sessions, focusing entirely on an area of your choosing. Standard classes are priced at €65 per person, with specialised sessions starting from €75 per head.

The plan for Aoife’s must-have patisserie lines is that she’ll announce and release a new one off pastry creation once a month for the remainder of the year with an extra special drop scheduled for Christmas and unique lines for the likes of Valentine’s Day and Mother’s Day in the reckoning for 2022. The price per release will be subject to change each month. The first release for July will be the Chocolate Entremet layer cake, followed in August by a box of x4 Canelés de Bordeaux – a traditional bite-sized pastry known for its signature crunchy exterior and soft almost custard-like rum and vanilla flavoured centre.

Commenting on the launch of her new business, Aoife Noonan, said: “I’m so excited to begin this new chapter and take my career in a new direction, combining my experience in patisserie and teaching over the past decade to bring something completely unique to the Irish food industry. Expect weekly welcoming interactive and accessible online cookery classes, and monthly limited edition patisserie creations,  unlike anything else that’s currently available, delivered direct to your door.”

Aoife’s pedigree is undeniable. She worked as Head Pastry Chef in the two Michelin starred Restaurant Patrick Guilbaud in Dublin for four years, before assuming various Executive Pastry Chef positions around the country. Aoife is a previous winner of Food & Wine Magazine’s ‘Pastry Chef of the Year’ award in 2018 and early on in her career also picked up the prestigious Valrhona Patisserie Championship in 2014, which led to her training in the world renowned Valrhona L’Ecole du Chocolat in Paris.

She has appeared in various television series on RTE, featuring in Healthy Appetite and All Things Sweet with Rachel Allen, as well as having a regular slot on the Today Show with Maura & Daithi. Currently studying for a Masters in Food, Nutrition & Health at UCD, Aoife also fulfils Brand Ambassador roles for both Kenwood and Avonmore, whom she has represented all over the globe.

After much contemplation about where her future lies, she has decided against a return to professional kitchens, opting instead to pursue her love of teaching and sharing her passion for patisserie. She is well accustomed to giving cookery demonstrations having been invited to make guest chef appearances at many major food festivals, including the likes of Taste of Dublin, Waterford Food Festival, and Beatyard, as well as running regular Patisserie Masterclasses at Dublin Cookery School in Blackrock.