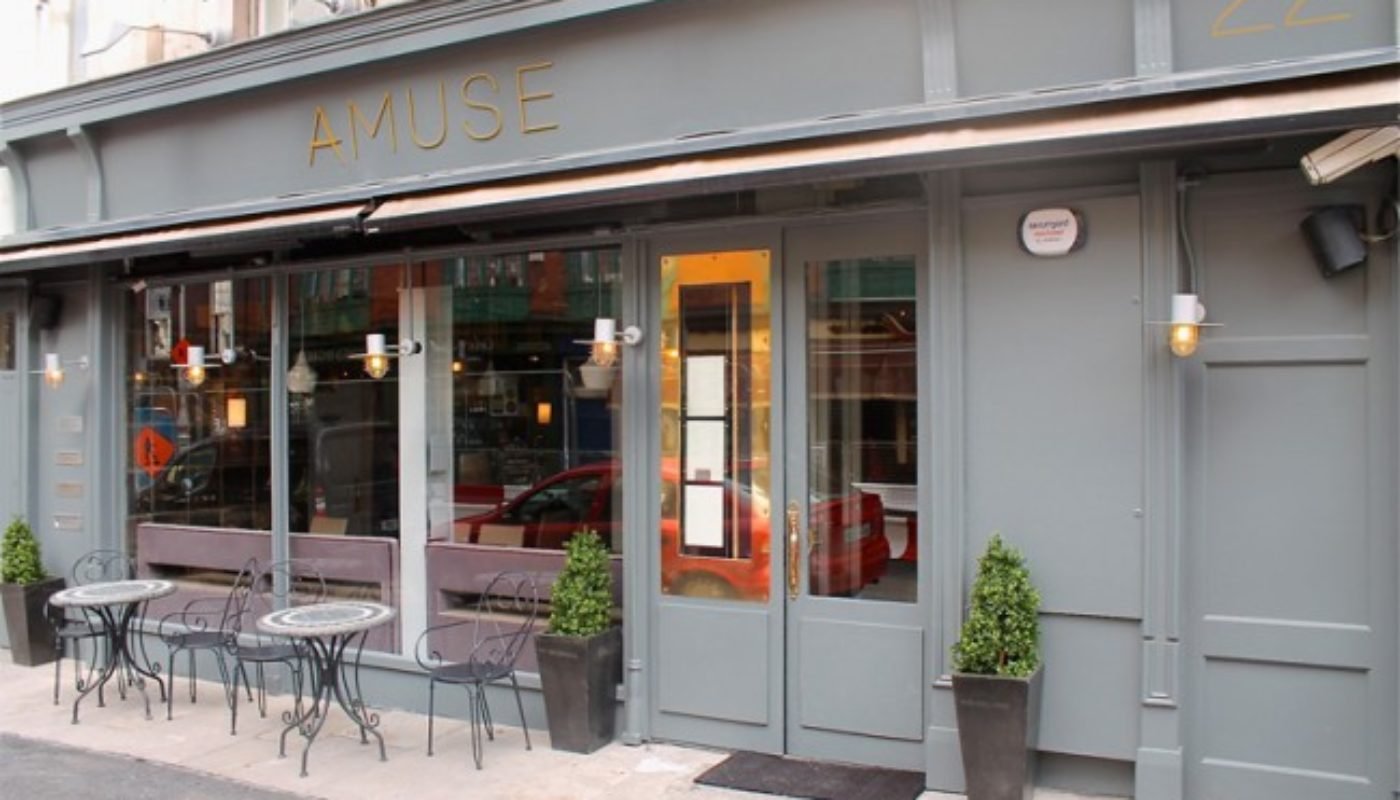 Ideally located on Dawson Street, just a stones throw from St. Stephen’s Green and Grafton Street, Amuse Restaurant is owned and operated by Conor Dempsey and his wife Joanna. Nestled within the hustle and bustle of one of Dublin’s busiest streets a relatively small dining room by Dublin standards, sets the stage for the kind of cooking you will not find anywhere else in Ireland.

Conor’s formative years as a chef were spent firstly in London where he worked in the “Oak- room” the famous 3 Michelin starred Restaurant owned and run by Marco Pierre White. After London, he travelled to France where he worked in Burgundy in the 3 star Michelin Restaurant “La Cote Saint Jacques”. It was here while working along side Japanese chefs, he began to learn about Asian flavours and techniques, the essence behind the cuisine of Amuse Restaurant. In Paris while working in “Le Jules Verne” another highly acclaimed Michelin starred Restaurant in Paris he met Joanna his future wife. After many years abroad and the Celtic Tiger in full roar back home, Conor and Joanna decided to return to Dublin. Finally after spending 7 years as Head Chef in “Dax Restaurant” on Pembroke Street Amuse Restaurant became a reality.

Since opening, Amuse Restaurant has garnered rave reviews from the Country’s most trusted and renowned food critics. Praise has flowed for Conor’s individual style of cooking, which brings Asian flavours, namely Japanese, to modern French cuisine. The menu focuses mainly on tasting menus as it is the best way to experience this kind of food, however there is a three course set menu available Tuesday to Thursday for mid week dining. The lunch menu is a three course affair with the option of a shortened tasting menu keenly priced, perfect for corporate and business lunches.

The cuisine in Amuse Restaurant is the culmination of years of experience gained by Conor from his time in France and travelling to Asia. In essence the food remains French in its technique and format but introduces the subtlety and restraint associated with Japanese cuisine. Other flavours from Vietnam and Korea can be found dotted around the menu, sometimes in plain view, other times hidden from sight. The heavy stocks, sauces and use of butter have been replaced by Dashi (Seaweed Stock), citrus fruit in its many forms and fermented Soy and Miso. This makes for truly memorable dining.

Amuse’s Sommeliers, Jean Baptist Letenois and Lena Duhamel continue to enthusiastically source new wines for our ever growing Wine List. Construction of a new wine cellar has just been completed over the Easter break to ensure lots of new and exciting references are constantly updated. 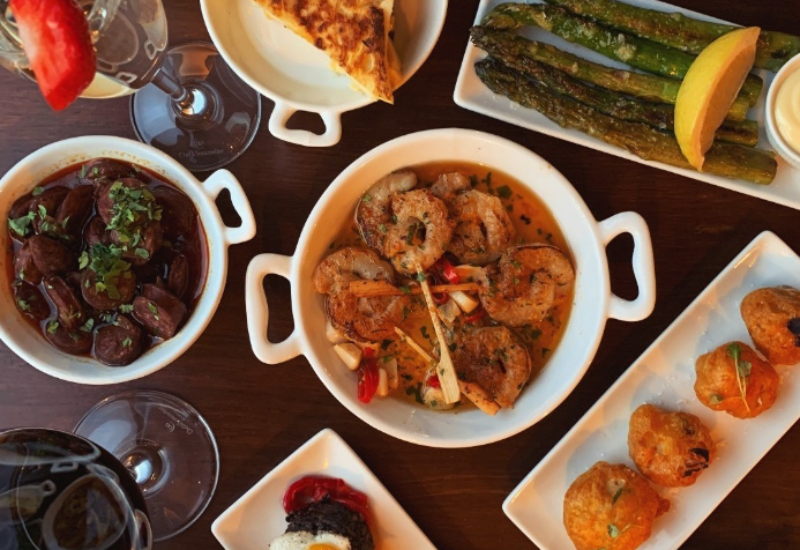 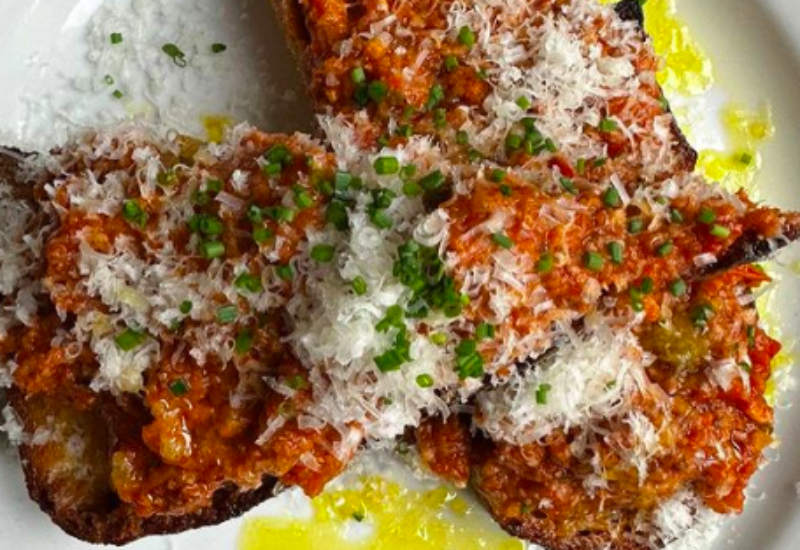 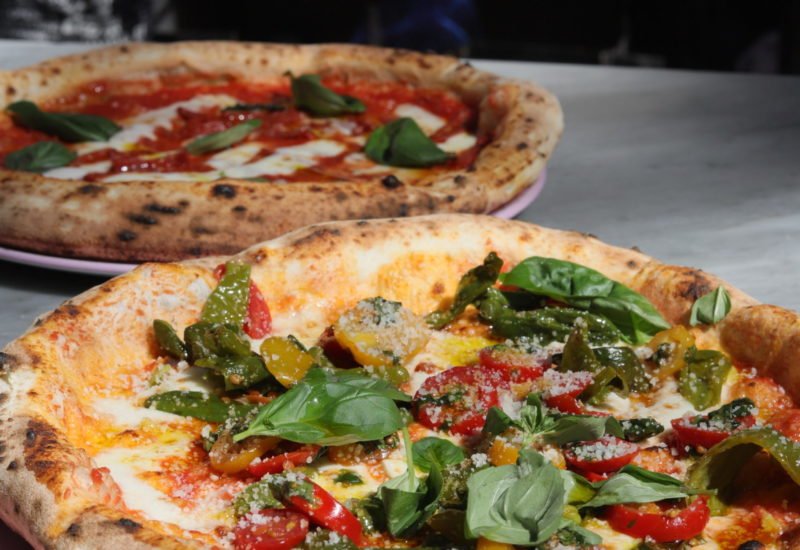 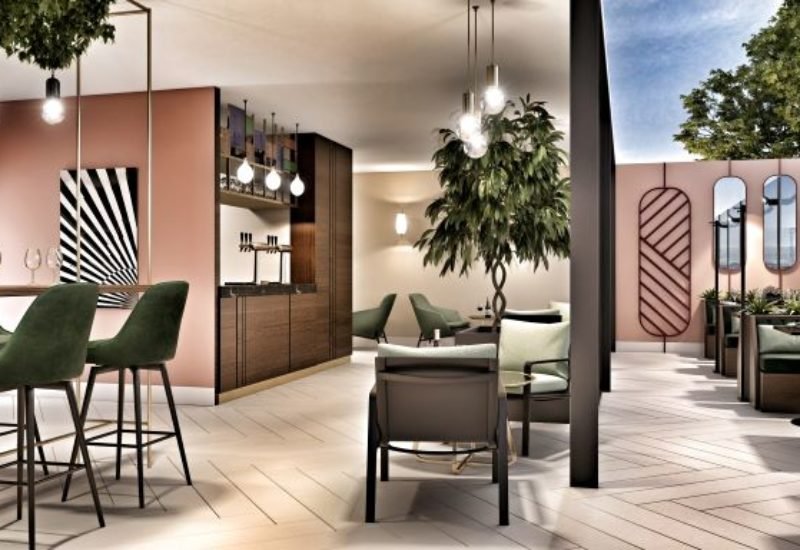