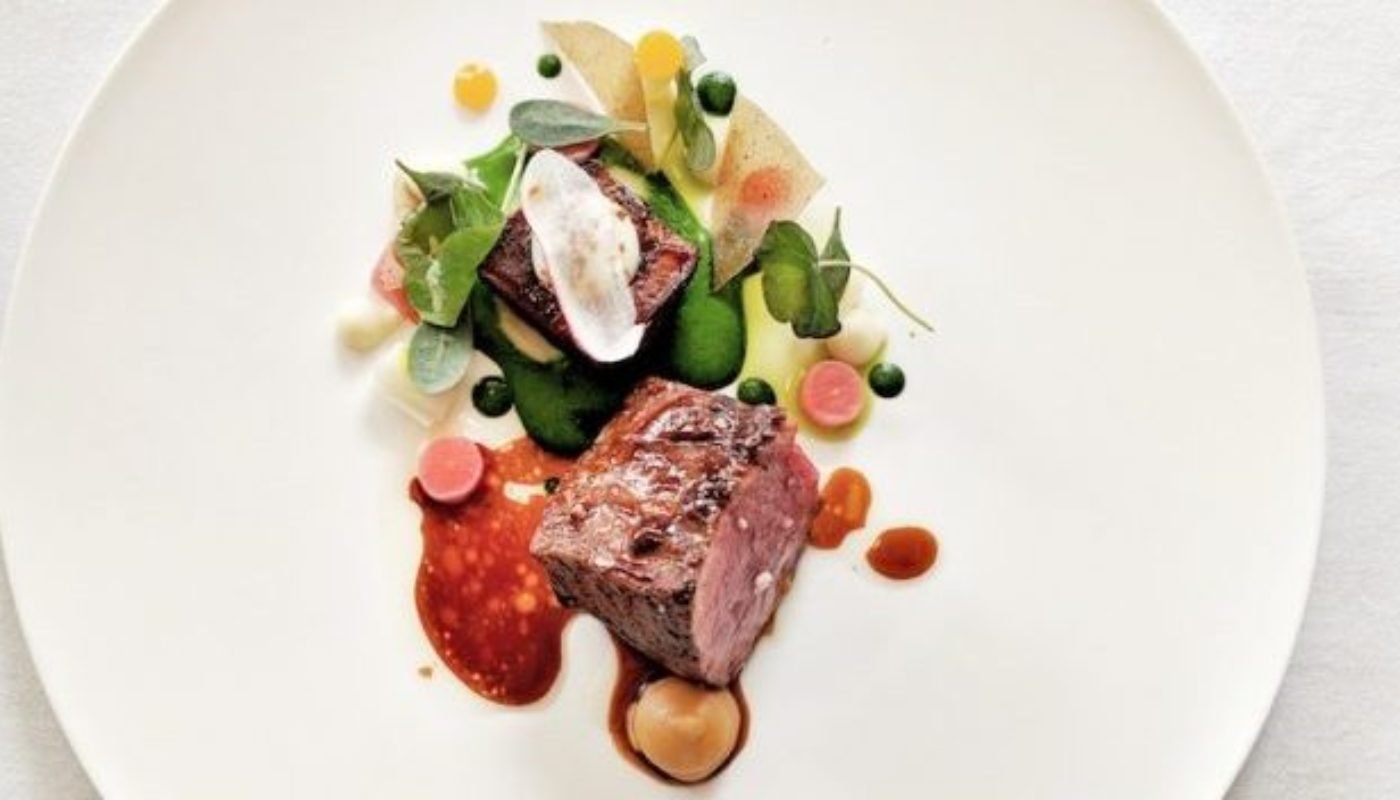 Home » Is this Dublin’s Most Underrated Restaurant? Amuse Restaurant Review

Is this Dublin’s Most Underrated Restaurant? Amuse Restaurant Review

Unless you have been living in exile, you’ll know that the order of the day in the Dublin dining scene of late has been a move towards more casual, pared back dining – both in bare table decor and on the plate. However, I’m not ashamed to say I am still very partial to the tablecloth and silver service experience fine dining delivers, so long as the picture perfect dishes can live up to the ceremony.

Even in the most lauded of eateries, haute cuisine can fall short when dishes are designed with the aim of dropping your jaw, rather than tantalising your tastebuds – dishes showered in the overwhelm of truffle or preened and tweezered to resemble something more artsy than enjoyable to eat. Any restaurant which manages to avoid such pitfalls and delivers on both fronts should be celebrated and cherished for its rarity, as a recent lunch reminded me.

With a palette of neutrals, beige pink banquette seating and an understated booth or two, Dawson Street’s Amuse is flooded with light and calm as lunchtime service kicks off on a Friday. We’ll forgive the passing Luas, as not a bell is heard from inside this elegant and understated city centre oasis. If your dining companion is late, as mine was, you can watch the hustle and bustle of Dawson Street unfold, but it is more likely you will too enthralled with a succinct but sumptuous menu designed by Chef Proprietor Conor Dempsey.

A keenly priced a la carte (two courses for €28/€35 for three) battles with a lunch tasting menu option – far from over-indulgent at €45 for four courses. I am entirely taken by the sound of Foie Gras Royale, here echoing the Japanese influences of Conor’s cuisine with mandarin and miso, while reflecting his Dax years with classic French technique. Even just imagining it is giving me hunger pangs. Les Landes Chicken, the French bird favored by Helen Darroze, is served teppanyaki style with a hit of citric yuzu and again marries the cuisines, as does a rather tempting sounding starter of Gambas with Peanut Satay and Vietnamese dressing.

In such hard cases, I think it best to hand over my trust to the chef, and we settle in for a four course lunch, that most wonderful of ways to wile away an afternoon. But wile it away unconsciously, we did not, as we quickly discovered this is food which requires conscious appreciation, like an enthralling novel with twists and turns at every page.

The champagne of waters, Oscar Wilde, is the first thing to land in our pristine table-clothed corner, followed swiftly by a trio of Amuses Bouches. A Squid Ink Cracker married the tartness of lemon curd with creaminess, atop a hit of crisp salinity, while a dainty Apple Meringue shocked the tastebuds to stand to attention with a delicious cod brandade filling and a crown of icy sorbet – a mouthful of contrasting textures and temperatures which gave us a preview of the surprises ahead.

Similarly, Sweet Pea Soup with coconut foam was quite the opposite of what you would expect – intensely savoury and umami rich, setting the tone for the procession of precision to come. Each of the senses is tingled, bouches entirely amused and tastebuds awakened with a jolt.

An opening course of Sake-Cured Trout is butter-like to the knife, buried beneath a striking and colourful display of potato starch polka dots, like petit pearls of crunch and spherical apple drops intermingled with golden roe – exploding like fireworks of flavour on the tongue.

Crowned with a lactic buttermilk crisp, what on first glance was too beautiful to disturb was quickly and gleefully destroyed, as I silently willed my dining companion to resist finishing his, to no avail. A tough act to follow, our next delight comes in the form of Hamachi, that is, prized Japanese yellowtail tuna. Smoked lightly over rosewood, this seductive sashimi played gleefully with bergamot gel and three year aged Kamebishi soy sauce, the flavour equivalent of the black gold countries have been pillaged for, stacked like a stairway to umami heaven on the plate.

Even the ever superfluous frisée was endowed with purpose somehow, lending a bitter bite to the symphonic combination. Nothing but nothing on the plate is left to chance. This dish pandered to the tastebuds and tickled every sense, begging you to take another bite. Moving from the luscious yet light seafood based dishes on to a more robust looking Iberico Pork Presa, yet another picture perfect plate matches the prized acorn fed pork with smoked Jerusalem artichoke and a vibrant nasturtium sauce.

While it may be just half an earthy artichoke, it commands tastebuds and cleverly mirrors the char on the quiveringly rare Iberico pork, the intense richness of which is pleasing cut across by herbaceous and hulk green nasturtium coulis, and pink pickled radish delivers that final fermented funk to round out the most pleasurable of balanced bites. Dishes here are seamlessly executed with classic technique, elevated with carefully sourced and perfectly pitched Japanese accents. Traditional French cuisine, for all it’s stars and ceremony, feels somewhat flat in comparison. Smoke, dashi, ferments and aged soya dispel the need for copious amounts of butter, meaning each mouthful from first to last can be fully savoured.

Moving effortlessly from savoury to sweet, dessert of Lemon Verbena Bavarois, olive gel, passion fruit, white chocolate and pistachio looks almost patriotic on the plate. Restrained and just the right amount of tart and sweet, acid from the passion fruit gel is echoed by crisp and sharp yogurt meringue and glides towards dessert balance perfection. Pistachio adds an almost Middle Eastern touch, but wherever the inspiration came from, this dish was worth its weight in gold. As a final flourish, Summer Berries, served with a quenelle of fromage blanc ice cream, sharp natural yogurt crisp and bathed in berry consommé feels like the June rays of Wimbledon sunshine at first bite.

Like little treasures sitting atop cacao nib pebbles, I am almost forlorn at the arrival of an array of petit fours, heralding the end of the best meal I have had this year. On first visit, a number of years ago, I was captivated by the innovation jumping from each and every plate, and a handful of years later, Amuse has managed to excel itself in every way. If the goal is to excite the mouth, mission accomplished. Amuse is something few venues are – unique. So much so, the word inimitable springs to mind. The food here plays with the senses, dances on the tongue and writes itself into in your memory.

Conor is an alchemist, blending the building blocks of flavour – sweet, salty, bitter, sour and umami to create seamless works of art, allowing your palate to become the easel. Amuse may not have a coveted Michelin star, for now, but it seems to me like the Aurora Borealis of Dublin’s dining scene.