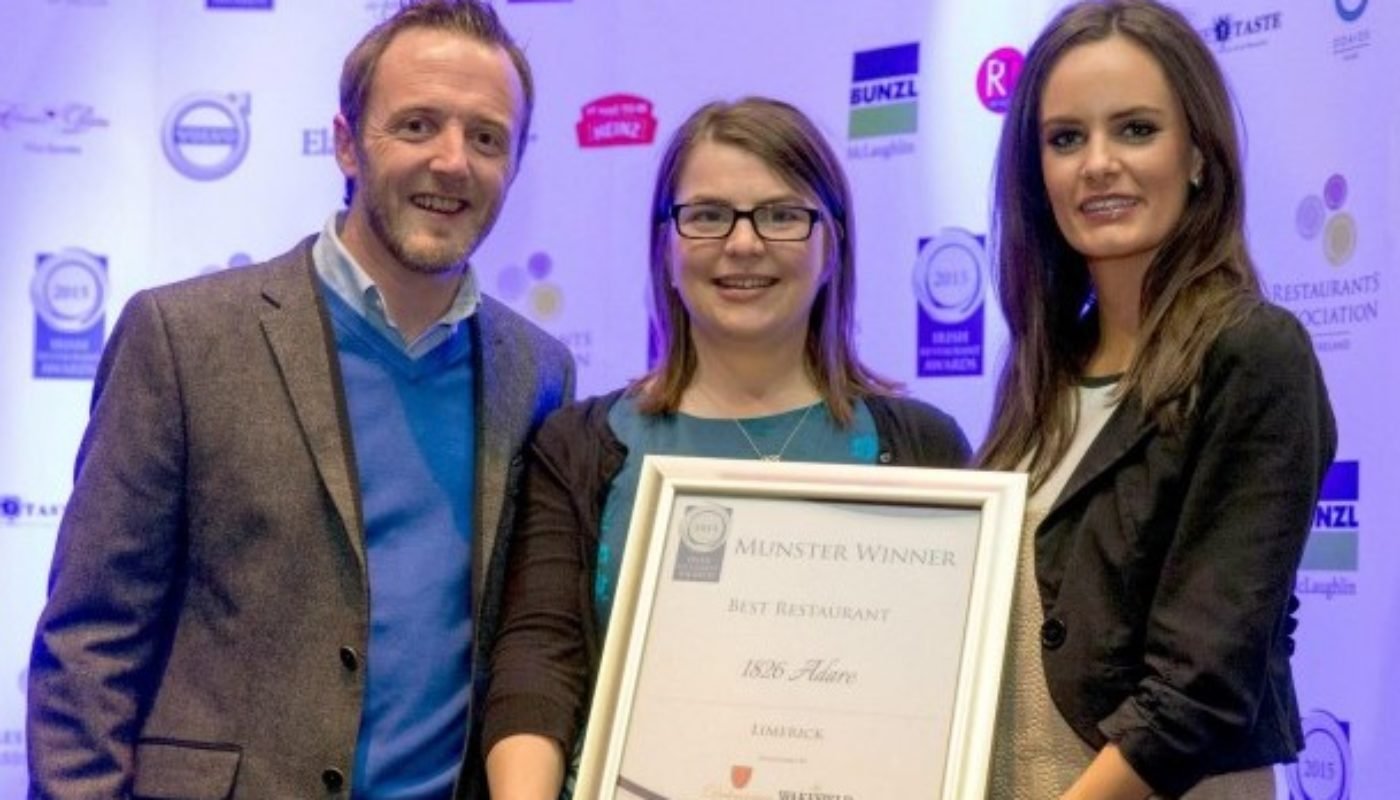 The Munster Regional Final of the Irish Restaurant Awards, took place in The Limerick Strand Hotel last night and named the top restaurants in the six counties for 2015.

Over 400 restaurant owners and staff celebrated their hard work and achievements at the Awards, which saw many well-known restaurateurs of Munster, turn out to see if they had won one of the prestigious awards.

Speaking at the awards last night, Chief Executive of the Restaurants Association of Ireland Adrian Cummins said;
“The Irish Restaurant Awards celebrate their seventh year this year and have become the Island’s biggest food awards. The credibility that these awards have is reflected in the amount of nominations they received this year- over 30,000 votes were cast across twelve categories, showing that these are the awards that everyone wants to win“.

Following on from their impressive haul of awards in 2013 and 2014, The Tannery won Best Restaurant in Waterford, with Chef Paul Flynn scooping Best Chef in Waterford.