Home » Wine is for Lovers – How Did This Drink Become the Tipple of Romance?

Wine is for Lovers – How Did This Drink Become the Tipple of Romance?

Dim lights. Soft music. Food cooked with love and meant to be eaten together. The stage is set and the play is about to begin… Guess what will be poured in the two empty glasses that soon will make contact? If your answer was an extra hoppy IPA or a barrel aged cider, despair not, I’m sure there’s someone out there that has your sense of humour. However, truth is, wine is more often than not regarded as the drink of love.

How did a liquid that could be defined as fermented grape juice become the libation associated with seduction? What did wine do to earn its sexy cred?

From Greek philosophers to Disney characters

Surely literature and more modernly, media, have done their part.

The link between wine and sensual pleasures traces back to ancient civilisations. In the book Wine and Philosophy: A Symposium on Thinking and Drinking by Fritz Allhoff, we get a glimpse at how the drink of Dionysus accompanied many of the most enjoyable reunions. “A major topic of Greek ethics was pleasure”, it reads, noting that the word often encountered for sweet (of taste) was hēdýs, which was “regularly applied to attractive wines” and also used more generally to refer to what was pleasurable.

“The pleasurable life would be assumed by the majority of Greek males to involve symposia, at which fine food, pleasant drink, and entertainment of a sexual nature would all be present.” Wine was often mixed with water as moderation was encouraged and many cautionary tales on the dangers of excess featured in the works of the time. The phrase in vino veritas, latin rendition of the Greek en oinōi alētheia and English for “in wine lies the truth”, is a long-lived example that traces back to the Hellenistic period and which has been quoted by authors and philosophers across eras to emphatise wine’s ability to make us more likely to reveal hidden thougths and desires.

Wine “enlivened” legendary womaniser Giacomo Casanova, Nobel Prize winning poet Pablo Neruda celebrated it with a beautiful ode in which he prompted us to “let the wine pitcher add to the kiss of love its own.”

Another Nobel laureate, Dubliner William Butler Yeats, also dedicated the succint but moving verses of “A Drinking Song” to wine:

More recent bards have also linked the drink of Bacchus with the themes of lust and love. Nancy Sinatra’s Summer Wine promises many wonders; The Eagles set the racy tone of a room in the Hotel California with “mirrors on the ceiling, the pink Champagne on ice”; and Iggy Pop’s uses white wine to sweeten the deal in Fall in Love with Me: “White wine and you, a table made of wood, and how I wish you would, fall in love with me.”

When it comes to romantic settings, you can find it in all sorts of amorous scenes; from wino movies such as A Good Year (2016) or Bottle Shock (2008), to the several renditions of James Bond in which the fizz of Bollinger or Dom Perignon adds to the spy’s seductive charms. Another icon who often resorted to Champagne as a weapon of seduction was Marilyn Monroe, who dips crisps in her glass of fizz in The Seven Year Itch (1955), and sips more than a few glasses in the company of saxophone player Joe, as he pretends to be a young millionaire to woo her in Some Like it Hot (1959).

Wine is so ubiquitous that if you pay attention, you’ll even notice a fiasco of Chianti adorning the table where Lady and the Tramp shared the iconic spaguetti speciale (in fairness, the bottle was holding a candle as dogs are not really into wine, but still, the animators went through the trouble to have it there).

Art had its say, but what about science?

Does wine’s reputation as the tipple of love have any sort of scientific backing? The short answer is yes.

The most important note regarding wine’s relation with a healthy sex life is that moderation is a must, as large quantities of vino make the drink void of any benefit and push it into harmful territory, actually playing against both will and performance. A study which brings relevant findings on the positive effects of wine is named “Regular moderate intake of red wine is linked to a better women’s sexual health.” Published in 2009 in The Journal of Sexual Medicine, it acknowledges that “some evidence does exist for a positive correlation between moderate wine intake and men’s sexual health”, and goes on to find out if vino can do anything for women as well.

The study found “that regular moderate intake of red wine is associated with higher FSFI scores for (…) overall sexual function”, however it does point out that results must be taken with caution due to factors including small sample size.

Another study that sheds some light into this question comes from The American Journal of Nutrition. Titled “Dietary flavonoid intake and incidence of erectile dysfunction”, it focuses on associations between flavonoids, a compound found in red wine (as well as foods such as blueberries and dark chocolate) and erectile function. For men under 70 years of age, “a higher intake of flavanones, anthocyanins, and flavones was significantly associated with a reduction in risk.” Wine was noted among the “top 5 sources of anthocyanins, flavones, and flavanones” along with strawberries, blueberries, apples/pears and citrus products, and as such, was included in the analysis.

While results as the noted above are more restained than what countles flashy headlines make them sound like to get a click or a share, they do provide solid arguments in favour of the ocasional glass of tinto.

However, when it comes to the vague and subjective world of aphrodisiacs, the power of suggestion and the placebo effect surely play a big role. After all, if we have been socialised to link a dinner paired with wine with the idea of a dessert better shared in the bedroom, is it possible perhaps than a deeply rooted pavlovian response gets triggered once the cork pops?

It is entirely up to you to raise your glass to classical conditioning or to romance. These fabulous pink bubbles come from Australia’s Adelaide Hills, a region known for its cool climate and high quality. Pinot Noir grapes give it not only its graceful blush, but an elegant palate and structure.

It is made with the traditional method, as the best fizz in the world is.

This particular example gathers all we know and love of the style and takes it up a notch by allowing the wine to rest on its lees and therefore gain in flavours and body. Expect ripe citrus, fresh peaches and a delicate hint of buttery lemon curd and seasalt.

Medium bodied and well balanced, it will be a great companion for seafood, especially shellfish. This smooth red comes from Italy’s Piedmonte and it’s made from Dolcetto grapes by a producer located 400 metres above sea level in the commune of Barolo. G.D.

A modern and juicy glass that ages in stainless steel and retains a pleasant, pure fruity character where ripe red berries take the spotlight and march with firm but gentle tannins through the palate.

A herbacious note in the background offers a lovely complement to the fruity front. This beautiful Champagne comes from one of the world’s most prestigious houses and combines Chardonnay, Pinot Noir and Pinot Meunier in equals parts to achieve a very classic, harmonious profile.

Aged for four years in the cellar, it reaches a balanced integration of flavours and a higher depth compared to many of its peers.

Notes of croissant, apple tart and citrus fruit merge in a bubbly of finesse and long lasting fizz. 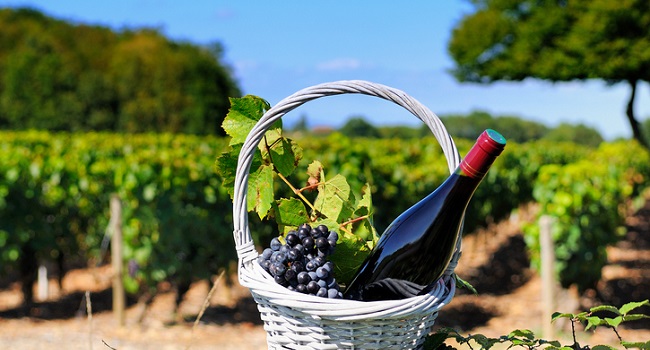 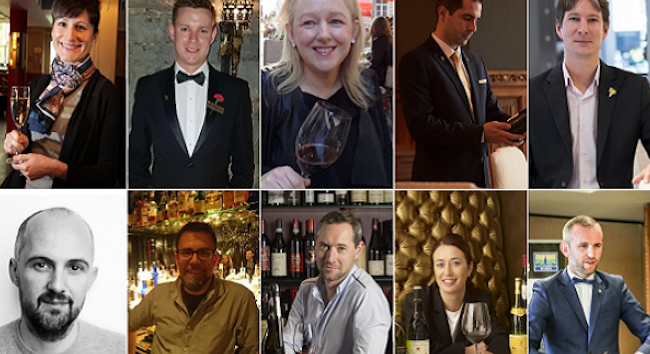