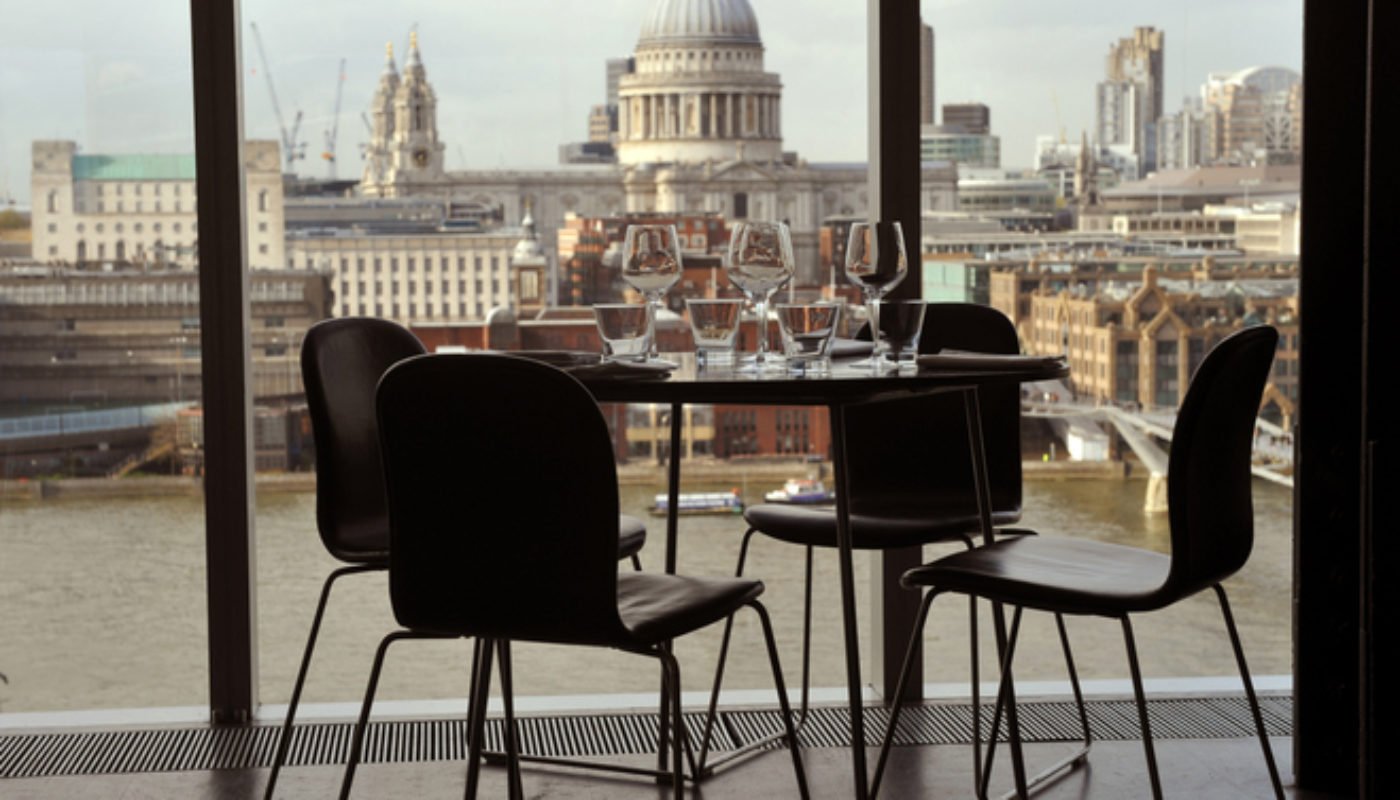 Described by Blumenthal as “a modern menu of dishes inspired by British history, events and recipes dating as far back as the 13th century”, the food at his two Michelin star restaurant, located at the Mandarin Oriental Hyde Park, is astonishing. Starters, from £25.50, include Rice and Flesh (saffron, beef cheek, red wine; dates from c.1390) and The Truffle (truffle, mushroom parfait, grilled bread; dates from c.1500). Mains, from £54, include Spiced Squab Pigeon (with onions, artichokes, ale, malt; dates from c.1780) and Black Foot Pork Chop (spelt, mushroom, apple and Robert sauce; dates from c.1820). Desserts, from £22, include Tipsy Cake (spit roast pineapple; dates from c.1810) and Sambocade (goat’s milk cheesecake, elderflower, apple, perry poached pear, walnuts; dates from c.1390). It is located in Knightsbridge, so, you know, dress accordingly and take out a second mortgage, but apart from that welcome to one of the most eventful eating experiences London has to offer.

A post shared by Dinner by Heston Blumenthal (@dinnerbyhb)

We might as well get this one out of the way first. Located in Covent Garden, right beside London’s theatre zone, since 1971 The Ivy has been a magnet for celebs and actors of all stripes. You never know who you might bump into or sit beside (this said, the mega celebs choose the private dining rooms), so the expectation of that mirrors the anticipation of the food. Prices reflect the somewhat more relaxed nature of the place, with starters (including squid salad) from £8 and mains (including The Ivy Cheeseburger) from £17. Cheap and cheerful enough for a spell of celeb spotting? Yep.

A post shared by The Ivy, West Street (@theivywestst)

Murano’s rise to Michelin star(dom) was swift – celebrity chef Angela Hartnett’s Italian restaurant opened in 2008 and within four months had been Michelin awarded. A protégé of Gordon Ramsey, Angela brings her Italian background (via her grandmother and aunts) to bear on an intentionally less formal dining experience than you might think from its Mayfair location. The price of dinner depends on the number of courses chosen: £80 (three-course), £95 (four-course), £110 (five-course), £120 (six-course). The price of the lunch menu is the same, although there are only two options – £40 (two-course), £45 (three-course). The wine list features many independent sustainable producers, most of which are from Italy and France.

You know you’re no longer in Kansas when you read on this restaurant’s website that the dress code (“at the request of our guests”, no less, not the management) stipulates jackets, a shirt with a collar for men and “no t-shirts, shorts, sportswear, sneakers or trainers of any kind.” It goes on to say that “ripped, studded or torn denim jeans will not be accepted.” While that counts out any rock/pop/hip-hop stars visiting here, there is no doubt that Chef Patron Matt Abé has full control of this Michelin three-star wonder. It isn’t cheap, but neither is it unadventurous: its £220 Carte Blanche menu is more a one-sheet than a list of food treats, with Abé creating a bespoke meal just for you. Beam me up, Scotty.

Rumour has it that if you even look like a movie or rock/pop star you will be handed a silver keyring engraved with the Sexy Fish VIP hotline number so that you can reserve a table. This Asian restaurant is certainly something else, never mind the celeb count: art by Damien Hirst, the world’s most extensive Japanese whisky collection and (in the lower ground floor’s private dining area, the Coral Reef Room) two of the largest live coral reef tanks in the world. As for the food? Think sushi, sashimi, robata, tempura, and tiradito. Signature dishes (including Tuna Belly, Wagyu Gyoza, King Crab & Bone Marrow) from £21.

Located in the southwest neighbourhood of Barnes, you would be forgiven if you had thought that chef Rick Stein hadn’t ever ventured out of his original seafood success at Padstow, Cornwall. This is his, ahem, sole London restaurant and because it’s a few miles outside the hustle and bustle of the city centre (as well as being situated on the banks of the River Thames) there is a much more reflective and down-to-earth atmosphere. The price also drops, with a two-course set menu at £22.95, and three-course at £27.95; each feature Stein seafood faves such as smoked mackerel pâté and Pondicherry cod curry.

No, we hadn’t heard of this place before, either, but it is a landmark Covent Garden-based fish restaurant with origins dating back 125 years. Whether you’re a diehard or casual pescatarian, this place is (excuse the mixed foodie metaphors) manna from Heaven, and if you’d rather not venture into a financially ruinous realm (Caviar from between £40-£165) there is always the restaurant’s famous Fish Pie (£21) to keep you from going hungry and broke.

“Game is not just what you hunt and shoot,” says Irish Chef Patron Richard Corrigan, “game is what you catch, what you pick and forage. For me, game is a wild blackberry you pick, mackerel you catch and a native oyster you shuck.” Corrigan’s mission statement is indicative of his commitment, and while this Mayfair spot isn’t his only restaurant in the city (the equally swish Bentley’s Oyster Bar & Grill is located on aptly-named Swallow Street) it is arguably the gem in his collection. Starters (including Cornish Crab Ravioli and Hand Dived Orkney Scallop) from £22; mains (including Wild Turbot and Oscietra Caviar and Hereford Aged Beef Fillet) from £45.

With an art-fuelled atmosphere and a level of designer décor that you can only dream about, Sketch is a place that attracts celebs like bees to honey. The place itself houses three restaurants, but the place you want to be seen in is the three-star Michelin Lecture Room & Library, which is as visually stunning as it is gastronomically innovative. Serving tasting menus only, from £165 (with Wine Pairing at £145).