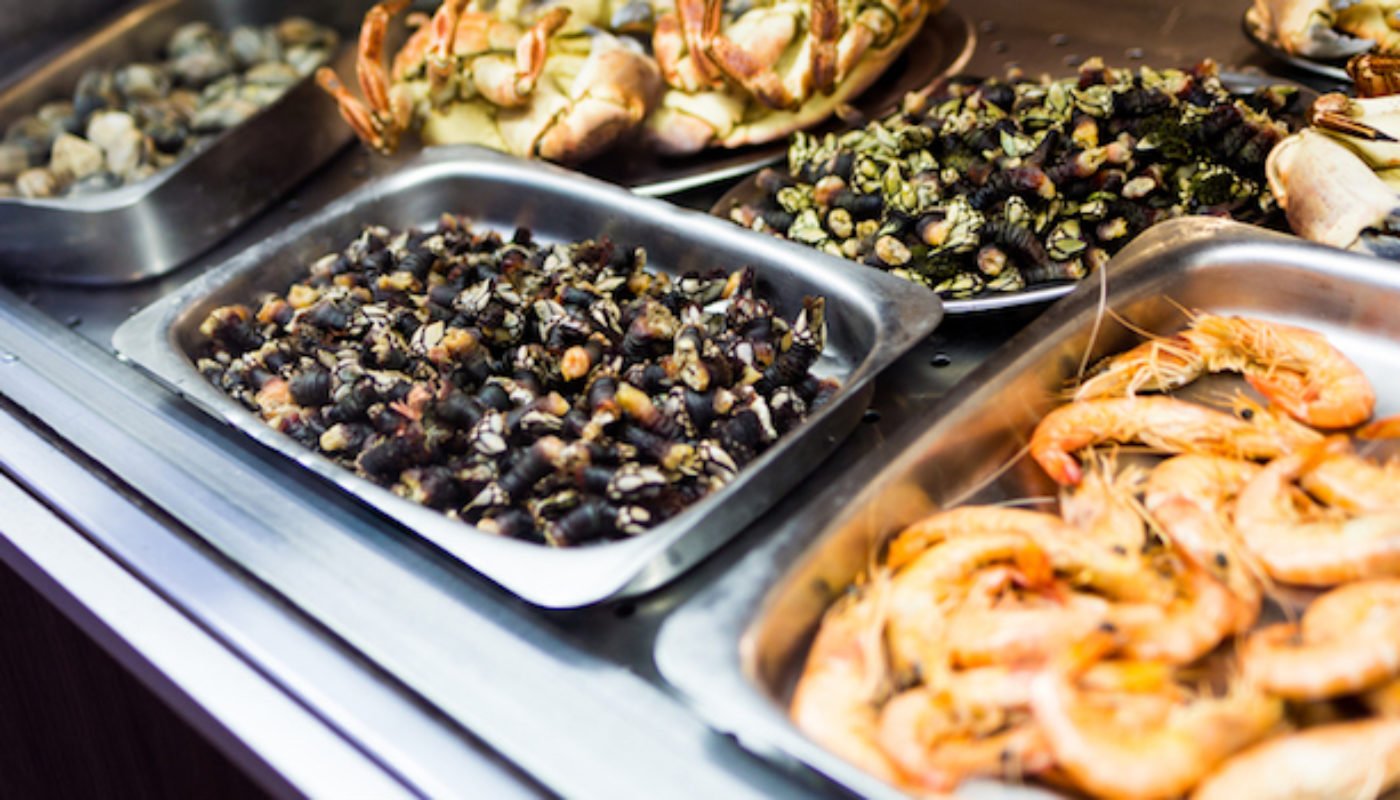 Portuguese cuisine is one of the most influential in Europe – did you know that Portugal popularised tomatoes as well as potatoes? Customarily, fresh seafood is nigh-on a staple diet, but meat eaters will never walk away from a restaurant dissatisfied, either. Latterly, there has been a marked trend for beautiful looking restaurants serving traditional produce, but such is the devotion to delivering only the best the most important element remains the food and the chefs that cook it. From modest tavernas to Michelin-starred palaces, Lisbon covers all bases. Lucky you. Presided over by garlanded chef Diogo Noronha, Pesca is located in Principe Real, one of Lisbon’s hippest and coolest neighbourhoods. As signified by the restaurant’s name, this is fish-centric, and because of Noronha’s devotion to the food the blending of flavours is sublime. Starters include chilled oysters with almond crumbs and wakame seaweed; mains include lobster rice with herbs and toased buckwheat.

What The Critics Say: “Noronha’s pedigree is strong, so going here for an innovative night of seafood is a good bet.” (Lonely Planet) Like Lisbon’s Taberna Sal Grosso, Salmoura is overseen by chef Joaquim Saragga. The resemblences don’t end there: both eateries specialise in old-style recipes that use local, weather-dependent components. What marks out Salmoura, however, is the creative spin it gives to its dishes, which are presented on small plates ideal for sharing. Factor in local wine and craft beer producers, and you have a casual restaurant with strict quality control. Just when you think you know the ins and outs of a menu, along comes a friendly warning: “our menu is in constant mutation… we like adventures and to experiment,” states the website of this tapas restaurant, wherein you can mix and match the very best of Portuguese food. In other words, say hello to pretty much everything from cheeses, chorizo, fava bean salads, garlic shrimps, and the lip-smacking pica-pau beef. Operated by married couple Joao and Silvia, this is a small place (20 covers), so we strongly recommend advance booking.

What The Critics Say: “We were never once asked to leave or made to feel like we should ask for our check… Fantastic.” (travelffeine.com) Occupying three floors, you might expect to be seated quickly, but this family-run place is buzzing from start to finish, so be prepared to wait. Part beer hall, part restaurant, once seated you’ll know soon enough that it’s noisy, but for the right reasons: shells snapping, glasses clanking, lips slurping, chefs cooking up the kind of storm you won’t find lurking in the Mediterranean, and expert waiting staff eager to impart their knowledge.

What The Critics Say: “Simply put, Ramiro is the best seafood restaurant in Lisbon – you cannot leave the city without trying this place!” (afar.com) “Loco is organic, values the national products and nature, and lives at the mercy of micro seasons”, states its website, and with such a concept you can be assured that this Michelin star restaurant delivers food grounded in creativity and authenticity. If you can ignore the full-size living tree in the dining toom (hint: you can’t), then you will surely gaze in wonder at the central open kitchen where Alexandre Silva and his chef cohorts produce tasting menus that look as amazing as they taste.

What The Critics Say: “The food was by turns surprising, challenging and beautiful, and almost always deliciously balanced.” (riddlemagazine.com) Named after the Portuguese word for ‘meadow’, it stands to reason that star chef António Galapito (a one-time protégé of Michelin-star chef Nuno Mendes) has created something of a natural – and quite sophisticated – wonder here. Indeed, Prado is one of the most ‘green’ restaurants in the city. An added bonus for those who care is that many of the ingredients and wines here are exclusively organic, biodynamic and natural.

What The Critics Say: “Exquisitely balanced, ingredient-led, farm to table food served with beguiling simplicity… An urban restaurant which brims with the feel of a pastoral paradise.” (wallpaper.com) What happens when you try to create the same magic in a different way? That was the challenge for the team behind the seaside restaurant Sal Restaurante, whose owners opened Bota Sal as a trendier, more relaxed option in Lisbon’s Estrela district. The results worked a treat, as this place is ideal for sipping on a tall glass of sangria or a chilled beer as you wind down after a long day walking around. There is more of a meat offering here, however, than its coastal sister restaurant: the sirloin steak is a sizzler!

What The Critics Say: “The brincos (squid tentacles with coriander) are so good here that people call ahead to ask for a portion to be saved…” (The Guardian) Don’t be deceived by the exterior – this looks like your typical hole-in-the-wall place that has been living on its cobbled street for many, many decades. In fact, it’s less than ten years old, yet its premise is to remind us of the cooking and atmosphere of a typical working-class taverna. With basic décor (marble-topped wooden tables, bare, whitewashed walls) referencing its no-swish aesthetic, you’ll be glad to know that the locally sourced menu is not only a smart update but also changes very regularly.

What The Critics Say: “The tavern is small and very popular, so be prepared to join those sipping their wine out in the ‘street of flowers’ while waiting for a table.” (frommers.com) Boi-Cavalo’s chef Hugo Brito doesn’t do things the easy way. When his peers were charging eye-watering money for their tasting menus, Brito sliced the prices down to much more reasonable figures. The upshot in this former butcher’s shop (now closer to a contemporary bistro with designer Scandinavian overtones) is a thoughtful and inventive menu that changes weekly.

What The Critics Say: “Here there are no two equal weeks, there are no star dishes; there is, rather, a laboratory of experiences in a national-based cuisine.” (timeout.com) Two Michelin stars? A place on the World’s 50 Best Restaurants list? A unique gastronomic and sensorial food experience? Chef José Avillez has said that he and his team are non-conformist by nature. Reading between the lines, we take this to mean that alongside the usual things you might expect to find in a Michelin-starred restaurant are items of food that reinvent and search for (in the words of Avillez) “the perfect balance between creativity, the new, the unique and the unknown.”

What The Critics Say: “My long lunch here was perhaps the best meal I’ve eaten this year…” (nytimes.com)