The Best Sommelier in Ireland 2018 Has Been Announced 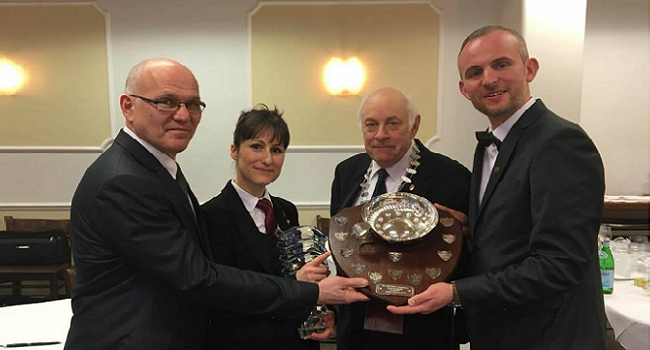 This is Julie’s fourth win at the competition, as she also won in 209, 2012 and 2015. In 2016, she was chosen as the third best sommelier in the world after the Grand Finale of the Association de la Sommellerie Internationale (ASI) competition for the Best Sommelier of the World (you can read her interview shortly after this victory on TheTaste). After 3 years in Michelin Star Restaurant The Greennhouse, she is now moving to the also starred Chapter One and she runs her own business Down2Wine. The win sets Julie on the path to compete in the world championships next year: “I am thrilled to have won the title once again. My next big hope is now to represent Ireland again at the World Championship in Antwerp in 2019 and to be the first woman to win the World title then!” she told TheTaste.

Sommelier Tomasz Szczepanski made the second place in the competition. He works at Shanahan’s on the Green as Sommelier and Assistant Manager. The third place went to Andrzej Dasiak, sommelier at the Hodson Bay Hotel in Athlone.

The Irish Guild of Sommeliers organises regional and national competitions and it encourages members to take part in international competitions and events. The organisation, founded in 1958, is the official guild responsible for selecting the Irish competitor/s for the Best Sommelier of Europe contest and the Best Sommelier in the World, both run by the Association de la Sommellerie Internationale (ASI).