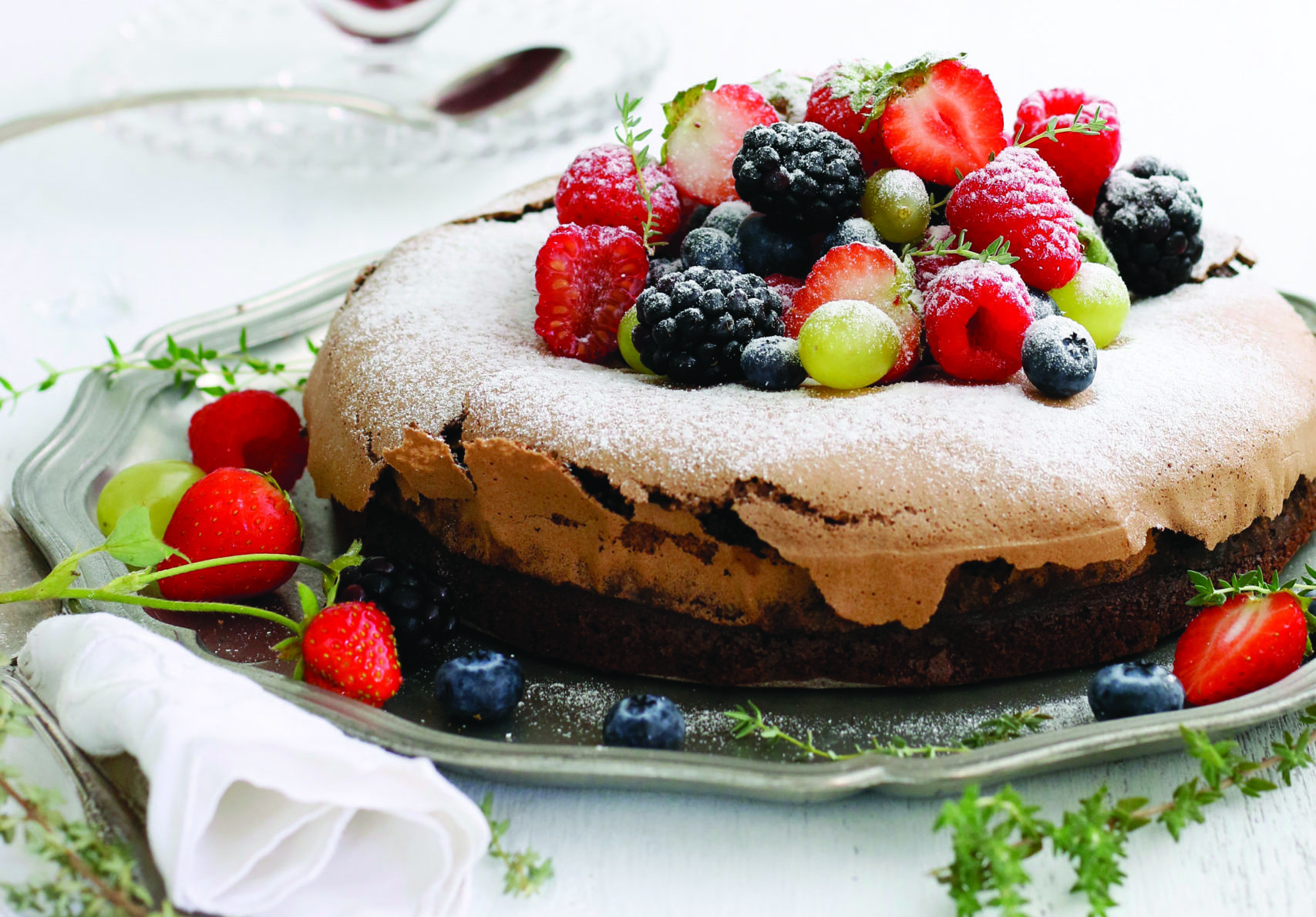 This incredible meringue cake is pure decadence in every mouthful.

A heavenly dessert – gooey chocolate meringue sandwiched with seasonal berries – is perfect for any celebration.

Treat yourself or a loved one this week!

2.       Heat the coffee, butter, chocolate and cocoa powder in a saucepan over a low heat, stirring until melted. Remove from the heat and leave to cool slightly.

3.       Beat the egg yolks and Siúcra Caster Sugar in a separate bowl for five minutes until thick and creamy.

4.       Beat the egg whites in a third bowl until the mixture has thickened and soft peaks form.

5.       Stir the chocolate mixture into the egg yolk mixture. Stir in the ground almonds.

6.       Using a large spoon or spatula, gently stir in half of the thickened egg whites. Stir in the remainder until no white streaks remain.

7.       Spread into the tin and bake for 25 minutes until just barely set; you don’t want it to be fully cooked as it will finish baking with the meringue. Remove from the oven and leave to cool slightly.

8.       When the cake is out of the oven, beat the egg whites for the meringue in a clean, dry mixing bowl for a few minutes until soft peaks form. Slowly beat in the Siúcra Caster Sugar until the mixture is smooth, glossy and forms stiff peaks. Stir in the vinegar.

9.       Sift in the cornflour and cocoa powder and fold to combine. Gently stir in the melted chocolate until it is well incorporated.

10.   Spoon the meringue onto the top of the cake. Place back into the oven and bake for 25 minutes until the meringue is dry and crusty. The inside will still be chewy. Remove from the oven and leave to cool completely.

11.   Combine the strawberries, blackberries, raspberries and Siúcra Caster Sugar in a saucepan. Heat gently until just slightly saucy. Stir in the redcurrants and gooseberries.

12.   12 Pour the berry mixture over the meringue and dust with Siúcra Icing Sugar to serve.