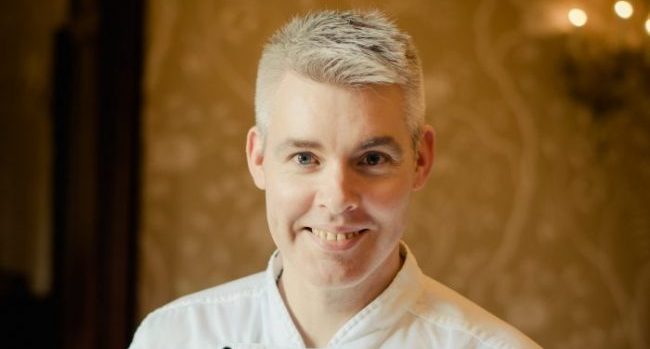 The award-winning chef began his career as a Commis Chef in 1999, before going on to work in some of Ireland’s leading establishments, including Rathsallagh Country House and Sheen Falls in Kenmare.

He has previously been Head Chef at Longueville House and Marlfield House. Eric has also lived and worked abroad in New Zealand and Canada, where he worked with Opus Restaurant, one of Toronto’s premier fine dining experiences.

The Herbert Restaurant commands beautiful views over the surrounding landscape and is complete with luxury furnishings, flooring and fittings – the perfect surroundings and ambiance to match their exquisite dining.

Speaking about Eric’s appointment, General Manager Emer Corridan said: “Eric is a very welcome addition to our team. We want to delight guests with our array of cuisine at the Cahernane House Hotel and we look forward to the seasonally inspired menus that he will create.”

Eric creates menus with both Irish and European influences, using the finest local, in-season produce with some modern touches.