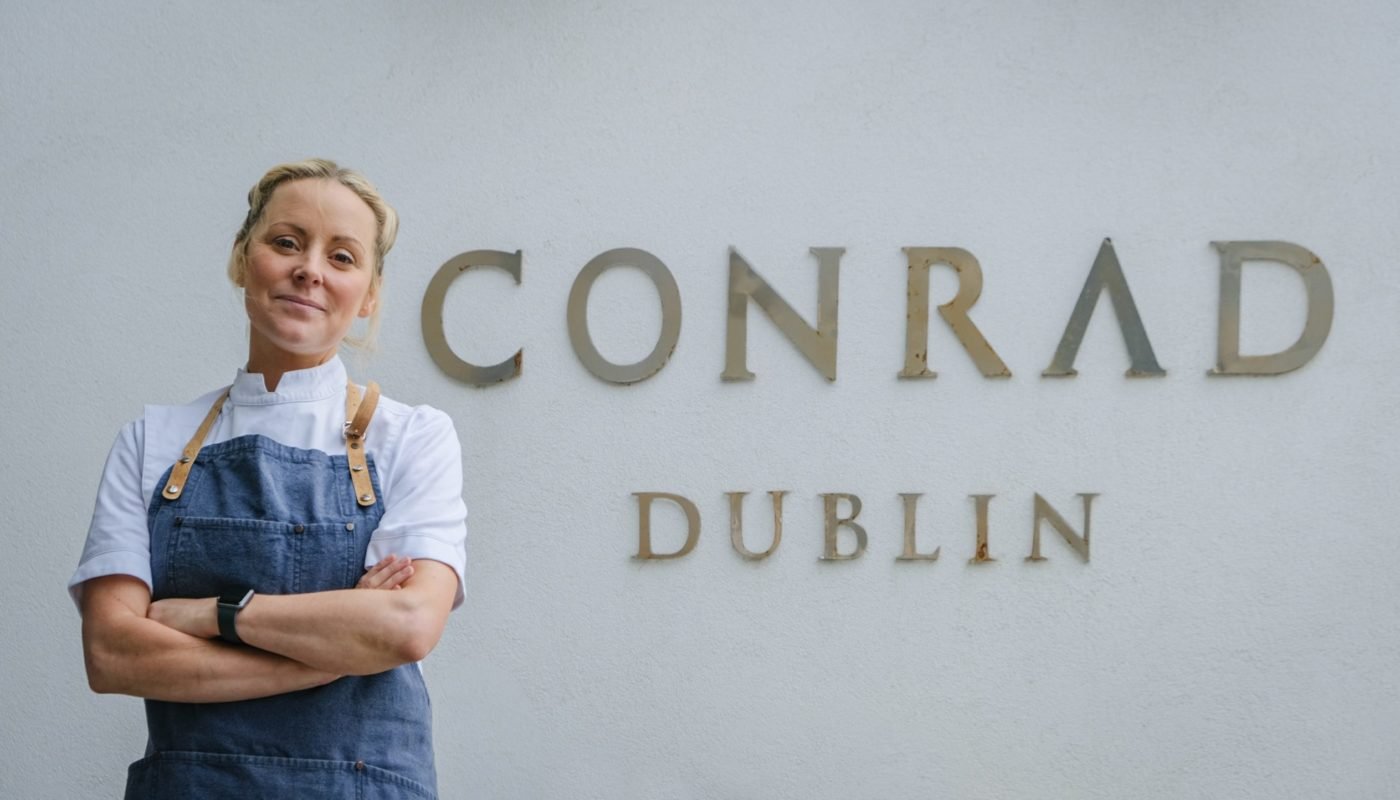 Conrad Dublin and Anna Haugh are thrilled to announce a beautifully Irish, modern fine dining experience in the form of an exciting pop up restaurant – Anna Haugh at Conrad
Dublin, opening on 25th October 2022.

Anna Haugh at Conrad Dublin will offer warm sincere service paired with elegant modern dining using the finest Irish produce and some traditional recipes reimagined, lighter and
more elegant. The menu will celebrate and showcase the best of Irish produce and suppliers; offering honest, refined and uncomplicated dishes that evoke memories and tell
the story of Ireland.

Anna Haugh is one of Ireland’s leading culinary talents. Anna, who owns and runs Myrtle restaurant in Chelsea, London, has worked with some of the best known names in the
industry as well as working regularly on a variety of TV shows. This Autumn Anna will appear as the new judge on Masterchef the Professionals on BBC. Anna takes old Irish
recipes and refines them, making the dishes more elegant but still with the heartbeat of Ireland.

Conrad Dublin, one of the capital’s leading luxury hotels, a sophisticated, contemporary hotel located on Earlsfort Terrace, on the edge of St Stephens Green, will play host to Anna
Haugh’s new Irish restaurant venture opening this Autumn. Conrad Dublin’s design and offering is heavily inspired and influenced by Dublin’s rich culture and local heritage and this new partnership will enhance and compliment this as well as bring a new dimension to the dining scene in the city.

Conrad Dublin’s General Manager, Andrew Moore said “I am ecstatic to welcome Anna to Conrad Dublin with such a sensational dining experience. Irish cuisine is not often seen in
fine dining and the whole team are looking forward to working with Anna on such a unique concept that truly celebrates Irish produce and recipes in the heart of Dublin.”

Anna Haugh comments: “I left Dublin thinking French food was the cuisine I wanted to cook, I return to Ireland knowing that Irish cuisine is the food I want to cook. I am so proud that a little girl from Tallaght is collaborating with an iconic luxury hotel off St Stephens Green.”

About Anna Haugh
Anna Haugh began her career in her hometown of Dublin working in L’Ecrivain with Derry Clarke. Anna then moved to London where she worked with Shane Osborne in Pied a
Terre, Philip Howard at The Square, and for the Gordon Ramsay Group. In May 2019, she founded Myrtle Restaurant in Chelsea, London. The name Myrtle; was inspired by the Irish chef Myrtle Allen, who is the founder of Ballymaloe House. Anna has worked on numerous television shows for the BBC and ITV. This year she will also join BBC’s Masterchef the Professionals alongside Gregg Wallace and Marcus Wareing as a judge.

Iveagh Garden Design Influences
The Iveagh Gardens was the inspiration for the design of the restaurant, which pays homage to the former headquarters of the legendary Royal Horse Show and the hotel’s location
adjacent to this iconic Dublin landmark. Materials used include leather, marble, porcelain and brass, which complement the equestrian theme that is subtly woven into banquette
seating, mirrors, light fixtures and artwork.