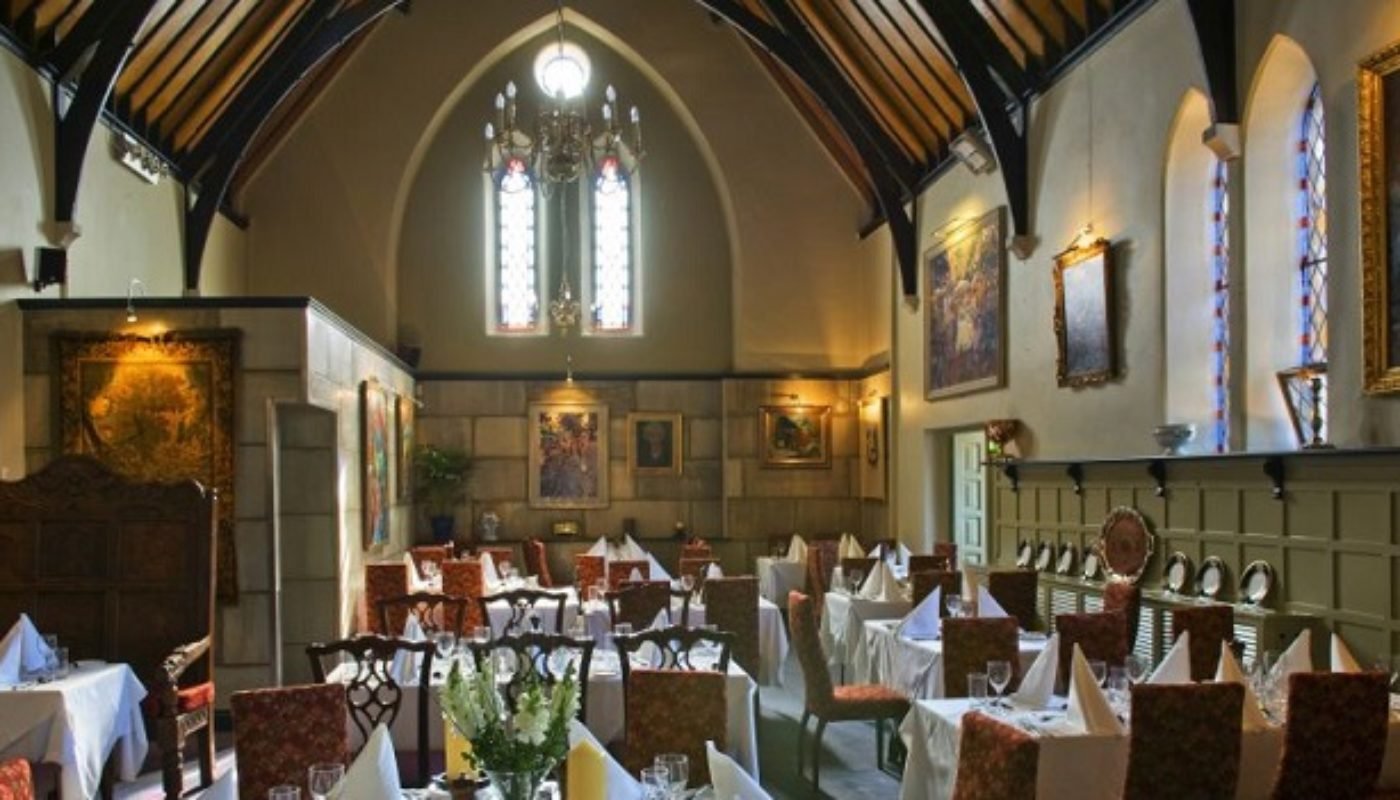 We are blessed in Ireland to have some stunning scenery around us and Tipperary is no exception. On a recent trip to the Rock of Cashel I was moved by the landscape that surrounded it and a real sense of Irish history that the site exudes. At the bottom of the Rock is another stunning site, one of Ireland’s most unique and unusual restaurants, Chez Hans.

Located in a Victorian Gothic church, the fascinating building is reason alone to visit. Until 1950 it was used as the Synod Hall of the Protestant Diocese of Cashel and Waterford and in 1968 Hans Peter Matthiae gave it a new lease of life as a fine dining restaurant, eventually earning a Michelin star in 1983. After 30 years at the helm, Hans Peter handed over the restaurant to his son Jason who creates modern dishes based on the best local ingredients.

The menu was all about the local ingredients at a recent long table dinner to celebrate the Great Taste Awards judging roadshow in Tipperary. All of the dishes on the tasting menu were created by Jason and his team in conjunction with the Tipperary Food Producers, a group of local businesses and suppliers that are working to promote the food of Tipperary.

As we settled in to our seats, it was clear that the entire group was captured by the unique setting. Ecclesiastic touches catch your attention all over the room from mahogany prayer benches to the vaulted ceiling, pointed gothic windows to religious paintings. Diners can’t help but feel a sense of history in the building and the resulting atmosphere is definitely one to be experienced.

The meal began with individual portions of pasta, Crowe’s Farm provided the meat in the Pulled Pork Ravioli with Swede Puree, Almonds, Lovage Butter. The pasta was the perfect wrapping for the succulent pork and had been expertly cooked, a difficult feat given the size of the group. The creamy butter added richness and the almonds provided a lovely bite in an otherwise soft dish.

The second course was a Deep Fried Brie & Beetroot Salad, Black Pudding, Watercress, the ingredients for which were supplied by Cooleeney Farm and Inch House. Brie and beetroot is a lovely combination and the crispy coating on the cheese was spot on. The dish was completed by a mouthful of black pudding which was a little soft for my tastes but still full of flavour and a great partner for the cheese.

The main event was a Fillet of Piedmontese Beef, Fondant Potato with Beef Dripping, Beef Gravy provided by Irish Piedmontese and reigning Great Taste champions James Whelan Butchers. The seared beef was tender and juicy, with great ingredients you don’t need a lot of fuss in a dish and it’s clear that Jason knows how to treat his meat. The accompanying gravy was rich, meaty and delicious and all plates were spotless returning to the kitchen, a great compliment from such a food orientated audience.

Guests were divided over the Crozier Blue, Pearl Barley, Cider & Celeriac, Onion Marmalade, Rapeseed Oil dish from Cashel Farmhouse Cheesemakers, Longways Cider, Crossogue Preserves and Emerald Oils. Although somewhat unusual, the toasted flavours with the texture of the barley was a really tasty combination and the dish felt like a really bizarre bowl of cereal. It certainly provided a topic for debate!

Dessert was a much more classical affair, an Apple Tart & Ice Cream from The Apple Farm and Boulabán Farm. I’m not usually impressed by tarts but this was one that would please any dessert fan with flaky pastry and crowned with chopped nuts. The ice cream on the side was creamy and packed full of vanilla flavours.

Our final treat of the evening was a selection of Handmade Tipperary Chocolates by Lough Derg Chocolates. These little confections disappeared very quickly and several fights almost broke out until we were presented with more bowls of the little treats. My personal favourite was an Irish Cream Liqueur Truffle although the Chocolate Caramels proved very popular.

As we munched our way through dishes of the lovely chocolates, the evening was brought to a close by singer Kathy Nugent who serenaded guests with an array of jazz and musical classics. Throughout the night we enjoyed a range of French wines from the Languedoc, carefully chosen and provided by Gary Gubbins of Clonmel’s Red Nose Wine.

The staff handled the event like seasoned professionals with any and all requests handled quickly and with a smile. The genuine hospitality in Chez Hans is a credit to Jason’s wife Louise who manages the restaurant and the team really make the experience special.

If you happen to be in the Cashel area a trip to Chez Hans has to be the top of the list. Come for the incredible atmosphere and setting, stay for the great food and the warm Tipperary service. 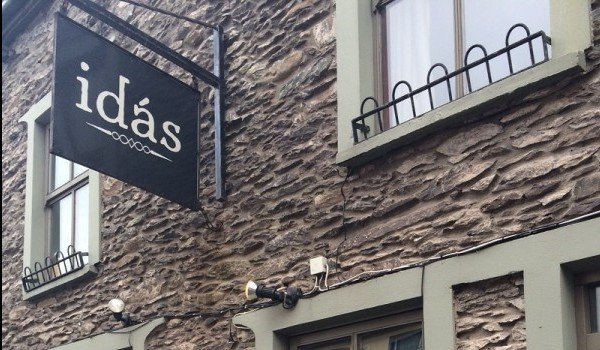 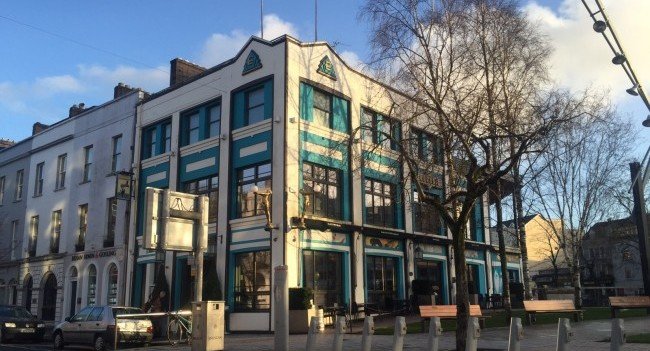 A Glamorous Gatsby Lunch at Elec… 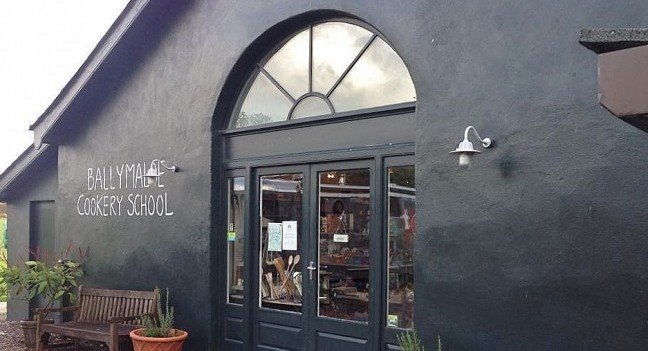 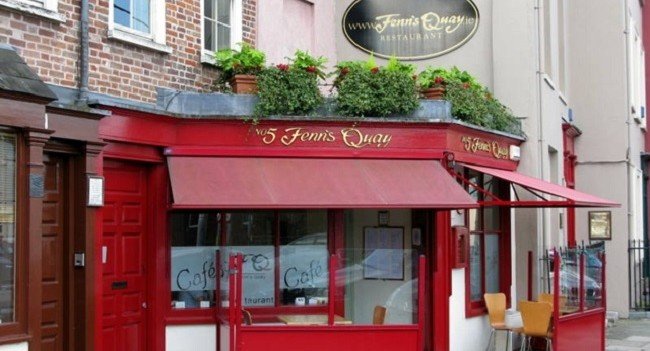 A Flair for Nostalgic Fare – Fen…