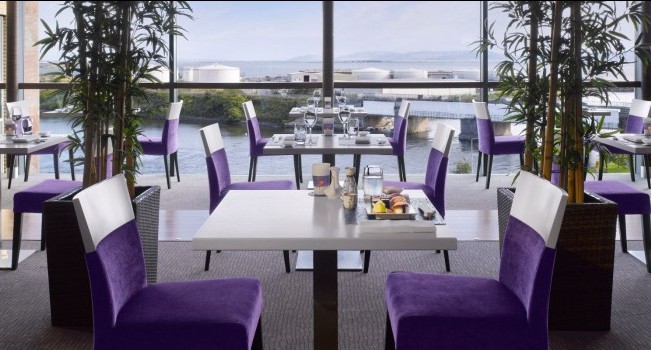 There is something very modest and unassuming about RAW which is located on the top floor of the Radisson Blu Hotel & Spa in Galway. There is nothing flashy or gimmicky about the restaurant and my worries that it might have a conference or hotel room feel were quickly dispelled on entering through its doors. The dining room is spacious and airy with wonderful views of Lough Atalia which on the rainy, wind-swept evening I visited provided a brooding backdrop to my meal.

Praise is due to the Radisson Blu for introducing something new to the Galway dining scene as it would have been easy to just open another fine dining restaurant in the hotel. In RAW, under chef Hishashi Kumagai, those in search of something different now have the chance to sample an exciting selection of authentic sushi and sashimi which are made, where possible, using the finest quality Irish fish and seafood. A small selection of sakes and whiskies is also available to complete the Japanese dining experience.

There is something about Japanese food that intrigues and enthrals me. I love the contradictions that it presents and especially how it takes such great skill to produce food that looks so simple. Key to the success or failure of many Japanese dishes is the careful juxtaposition of flavours to create food that is harmoniously balanced but which still surprises the taste buds.

Many people mistakenly believe that sushi is all about raw fish but in fact, the term ‘sushi’ refers specifically to the slightly sticky vinegared rice that is used to make it. Sushi can include nigiri (where fish is draped over hand-formed balls of rice), maki (rolls usually made using nori or toasted seaweed sheets) or temaki (hand-rolled cones of sushi rice wrapped in seaweed). Although fish is commonly paired with the rice to make sushi, vegetables and even meats can also be used. Sashimi refers to raw fish usually thinly sliced, often served with soy sauce and wasabi on the side.

The first thing that strikes you about the menu in RAW is that you need to cast aside any pre-conceptions regarding the 3-course meal format that we are more familiar with in this country. Many of the dishes in RAW are made up of several bite-sized offerings and are designed to be shared and, as such, you may end up ordering a number of them. However, if you are unsure about what to choose, the knowledgeable and attentive waiting staff will be more than happy to advise you. On the night that I dined there, I was feeling adventurous, so asked whether Chef Kuma would prepare a selection of dishes for me that he felt best represented and showcased the food on offer in RAW.

The first dish to arrive was Deep Fried Mixed White Fish. Here, a trio of white fish which included John Dory, halibut and monkfish had been fried in the crispiest of light-as-air tempura batters. Served with thin ribbons of very lightly pickled cucumber and a restrained amount of a wasabi mayonnaise, this was a very clever dish.

A small bowl of Salted Edamame Beans was next up which I enjoyed with a hot Akashi Jai Hanjozo Sake. The beans were steamed whole, still encased in their pods and seasoned with just the right amount of salt. I enjoyed the ritual of podding them myself so that the beans popped directly into my mouth. There was something about the combination of hot sake with the beans that was so satisfying to eat and induced a deep sense of well-being within me. 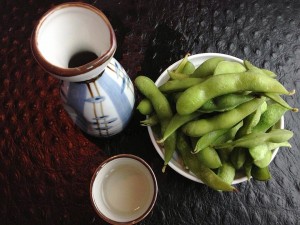 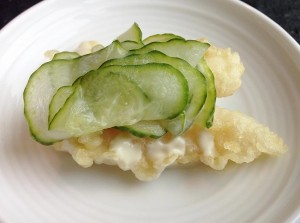 California Rolls generously filled with crabmeat, avocado, mustard and mayonnaise were then served along with some Vegetable Maki. The California Rolls had been formed with a thin layer of nori in their centre which really accentuated the sweetness of the crabmeat that had been used. They were rolled in toasted sesame seeds just before serving. The eight pieces of Vegetable Maki were perfectly constructed using nori to encase a layer of rice around a core of cucumber, avocado and marinated onion which was delicious. I loved the inclusion of the onion which imparted a wonderful sweetness which played well against the faint taste of vinegar in the rice. Both were served with soy sauce, pickled ginger and wasabi. Rice is obviously the fundamental element in sushi and it cannot be overstated how important it is to get right. Cook it for too long and it becomes claggy. Ideally, each grain should cling to its neighbour in a slightly stand-offish way so that they ‘embrace’ like tentative lovers but are not glued together. The sushi in RAW was made using rice that was absolutely perfect. It was served at room temperature so that the flavours were not dulled from having been chilled.

A small selection of Salmon Belly Maki was next up and had been rolled with a little wasabi and some mustard cress. Topped with some tobiko (flying fish-roe), these maki had an almost cleansing effect in the mouth and I absolutely loved them.

The next dish a Miso Soup was stunning in its simplicity. Each spoonful of this soy bean paste soup which included scallions and wakame, another type of seaweed, was heavenly. Richly flavoured, the soup managed to feel light yet was also incredibly comforting to eat. The inclusion of cubes of tofu with their slightly springy texture gave the soup body. 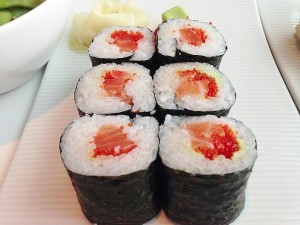 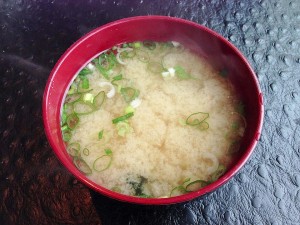 Of all the sushi that I ate, the Spider Roll really stands out as it was unlike anything that I had eaten before. It possessed an astonishing depth of flavour for something that merely included rice, deep-fried soft-shell crab with avocado and a little mustard cress. I particularly liked the slightly crunchy texture of the crab which contrasted beautifully with the creamy avocado. 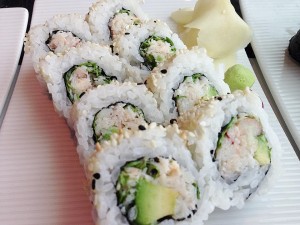 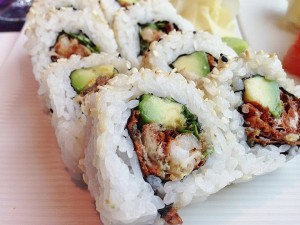 One word describes the Nigiri which were then served… outstanding! Here different pieces of fish were lovingly draped over hand-formed balls of rice. Whilst all were excellent, the Barbecued Eel was stunning and will remain in my memory for a long time. I could have eaten a whole plateful of them without hesitation. 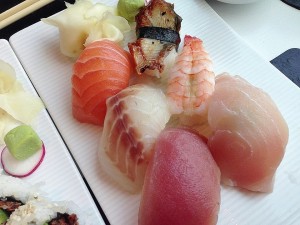 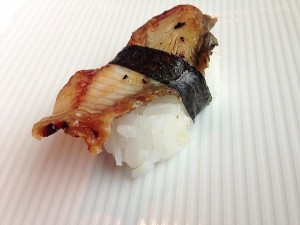 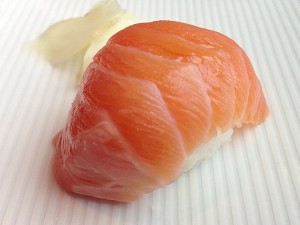 A tasting plate of the desserts on offer in the restaurant looked beautiful and included Homemade Sweet Chocolate encased Sushi, Green Tea Ice-Cream and Red Adzuki Bean Jelly with Chestnut. Each was quite unusual. My favourite was the ice-cream which due to the inclusion of matcha green-tea powder had a slightly bitter taste which was mitigated somewhat by the sweet and intensely flavoured strawberry sauce it came served with. Service was extremely attentive but never obtrusive and our waitress answered all our questions about the food we were eating with grace. From our table we could watch as Chef Kuma serenely prepared the sushi with great skill and purpose.

There was a steady stream of diners on the night that I dined in Raw who, in the main, appeared to be guests staying in the hotel. I was really impressed by the fresh yet complex flavours in the food that I ate and firmly believe that RAW deserves to be enjoyed by a wide audience. This is food that is prepared with an exquisite attention to detail, using ingredients of the finest quality. I loved every mouthful.

Dishes on the menu range in price depending on which and how many pieces of sushi you but there are options to suit all budgets.