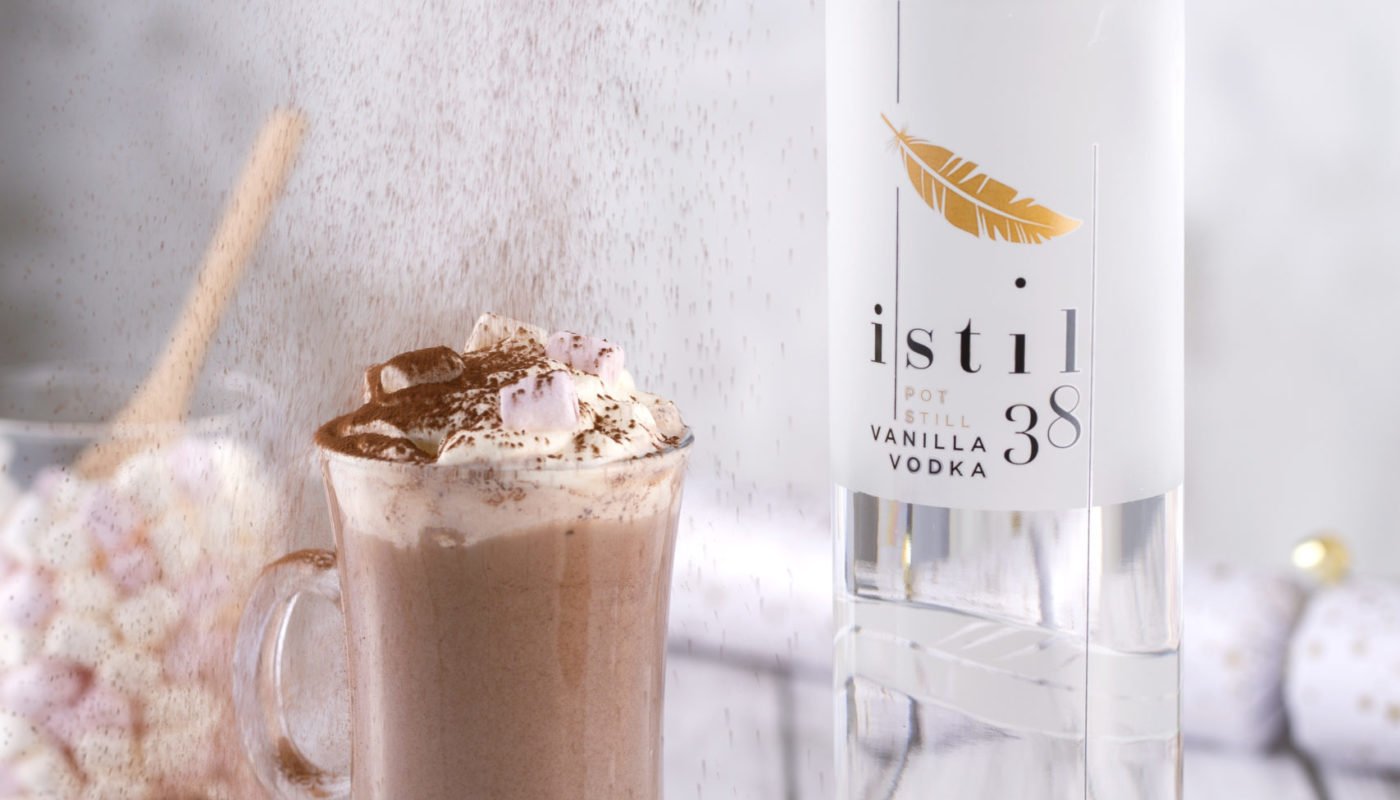 Capping off what has been a very exciting first year of trade for istil 38 Superior Irish vodka, the brand’s creative director and co-owner Pippa O’Connor Ormond shares her favourite Christmas time drinks.

In just 12 months, istil 38’s management has launched nationwide, have hired two full time ambassadors and won two gold medals at the prestigious Irish Whiskey awards. Hundreds of bars are showcasing its three flavours in delicious premium cocktails and for the off trade, it is being distributed to Dunnes Stores, Spar, Molloy’s, O’Briens and The Loop at Dublin Airport.

And with the festive season now in full swing, there is no better time to kick back with friends and family over some easily made istil 38 mixed drinks and cocktails at home. That’s why Pippa and her team shot some Instagram videos and photos showing everyone exactly how they can be done.  So polish the glassware, fill the freezer up with ice and dust off the cocktail shakers – it’s time to mix it up for Christmas!

Fill a tall glass with ice, pour in 35 ml of istil Superior Irish vodka and top it up with 150 ml of premium tonic water. Garnish with a lime wedge.

Fill a tall glass with ice, pour in 35 ml of istil Pink Berries vodka and top it up with 100 ml of cranberry. Garnish with a lemon wheel.

Fill a copper glass with ice, pour in 35ml ml of istil 38 Vanilla Vodka followed by 150 ml of ginger ale (or ginger beer for extra spice) and then squeeze in a wedge of lime for some fresh sharpness.

Chill a martini glass with some ice. Fill a cocktail shaker with ice. Pour in 50 ml istil Vanilla Vodka along with 100 ml of chilled coffee and 10 ml sugar syrup. Seal the shaker and shake it hard for 20 seconds. Remove ice from the glass, strain the cocktail and garnish with 3 coffee beans.

Heat up 250 ml of milk with 1 tablespoon of cocoa, 1 teaspoon of brown sugar and 35 ml of istil 38 Vanilla Vodka. Stir well, pour into a mug and top up with whipped cream and garnish with chocolate powder.