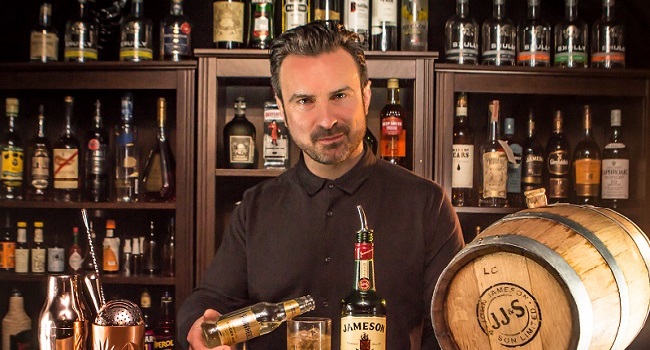 Oisin Davis has seen the Irish drinks scene through many different lenses during his career. “From bouncer to brand owner”, nowadays he’s the man behind two successful companies, Great Irish Beverages and Poacher’s Premium Irish Mixers, and he also does consultancy work for several businesses including Jameson.

Originally from Jersey City, New Jersey, Oisin is the son of an American man and an Irish woman. He studied arts in Trinity College and then music management in Ballyfermot and through his work life, arts, music and drinks have always found a way to merge. An appreciation of good whiskey was not exclusive to him in his family, and he recalls how his father and uncle taught him how to enjoy the water of life.

He begun his career in music and club promoting and in 1999, he opened The Sugar Club, holding the role of General Manager for 13 years. “It was the first arts venue and night club in Ireland to feature classic cocktails”, he recalls, adding that the success of the pioneering venue saw him soon taking up consultancy work for other bars that wanted to teach their staff to mix cocktails. He points out that this was the time in which Sex and the City made the world thirsty for Cosmopolitans and “even the hardiest of cauliflower eared rugger buggers in Dublin were quaffing little pink drinks served in martini glasses.” Almost twenty years have passed and the craft drinks revolution has completely changed the panorama. Oisin, a pioneer in this movement in Ireland, now spends most of his time “promoting and helping out Irish drinks brands whatever way we can, both in Ireland and around the world.” Two initiatives that allow him to do so are the Irish Gin & Tonic Fest and the Irish Cocktail Fest, which have now become anticipated dates in the local drinks calendar.

“This is what takes up most of my working week, the rest of my time is spent developing the brand of Poacher’s”, he adds, referring to his premium mixer brand crafted with Irish ingredients and made in Wexford.

From a Careless Tiger to a Passionate Post-Recession Scene

Oisin recalls how the Celtic Tiger gave Ireland “white leather sofa, super-pubs” with “zero character.” These “mindless rip offs of West End or Essex bars” were the first to go when times got hard and places that took a deep look at themselves and offered something more authentic were the ones who survived the new environment.

Even though it negatively affected me and many others, in the long run, the recession was the best thing to have happened to the Irish hospitality sector.”

But while people were very receptive to buying local foods and ingredients, it took a little longer for the message to resonate in the drinks sector. Yes, craft beer and later craft spirits started to flow, but in many bars imported goods were still the stars.

Once I realised this, I started volunteering my time at food and drink festivals to talk about how we can all start purchasing and utilising Irish drinks over international ones.”

The talks became seminars, the seminars became invitations by Failte Ireland and large brands, and he eventually formed Great Irish Beverages, having developed a passion for this aspect of the industry. One thing led to the next one and once bartenders were proudly recommending Irish, he saw “there was a major disconnect with provenance” and identified the next gap: a need for a locally made drinks mixer – cue Poacher’s.

We decided to go about creating a portfolio of mixers that all contained Irish ingredients and were low in sugar so you could still taste the spirits they’re mixed with.”

The first product in the range, a citrus tonic, took longer than expected to be ready but once launched at Ballymaloe Lit Fest 2016, it enjoyed a great reception. Since then, a classic tonic water and a ginger ale have followed.

For Oisin, “some things have really stood the test of time in the Irish drinks scene”, and no matter how facades, interiors and menus evolve, old school Irish hospitality never goes out of style. “It is hard to verbalise but I feel it’s something that we learn from our parents at home and pick up from the first local pubs you experience as a child.”

If you can get into a friendly slagging match with one customer while welcoming in another when it’s still 5 deep at the bar, that’s the true sign of quality Irish hospitality!” 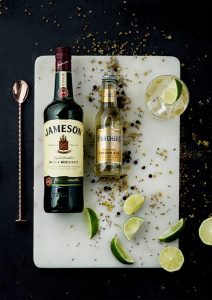 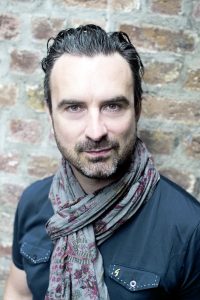 “There has never been a better time to be a producer in Irish drinks”, says Oisin. He has high praise for Bord Bia, as the agency offers “exceptional support for building your brand and network” and he adds that “there is a huge demand for premium, quality offerings both at home and overseas.”

Regarding room for improvement, he mentions it would be good to see “better integration among the categories and the food sector.”

What we should really be working towards is a unified celebration of Irish foods with Irish drinks such as what is practised in France and Spain. This should be rolled out everywhere, from supermarket campaigns to the restaurants. As an example, Irish whiskey and Irish cheeses enjoyed together is an absolutely sublime culinary experience but we haven’t properly tapped into such a ritual yet.

He celebrates the fact that most misconceptions about Irish drinks are becoming a thing of the past, thanks to consumer and bartender education initiatives and to how widely available information is nowadays. At many of Oisin’s talks, the topic of avoiding the burnout while working in the drinks industry is touched. “As a wizened old veteran of the drinks industry who is miraculously still alive and kicking”, Oisin’s main advice to bartenders is “be careful not to turn into a vampire” and if he talks to brand ambassadors, he encourages to keep the drinking to a minimum as it’s so easy to go out every night (he suggests nursing one drink for a long time or “watering the plants” a.k.a. making a cocktail disappear when no one is watching to keep unit countdown at a sensible level).

When asked about the trends we’ll see more of in the future, Oisin believes that highballs have great potential. The G&T is perhaps the most famous example of a highball drink, and you’d have to have been living under a rock with no wi-fi for the last few years if you haven’t noticed its popularity. “Brands everywhere are taking note and examining how they can emulate the success of such a simple serve of one spirit with one mixer”, he says, predicting “that we will see more and more highball drinks with other categories of spirits such as rum, whiskey and fortified wines.”

On a personal note, Oisin shares his plans of developing exports for Poacher’s, which will be arriving into Australia, Singapore and two Scandinavian countries. There’s also a third tonic water made with ingredients from one of Oisin’s favourite spots in Wicklow coming soon, and 2018 of the Irish Gin & Tonic Festival and the Irish Cocktail Fest are also in the queue. With more events and tasting and pop-ups in the UK in the calendar, 2018 is set to be unprecedentedly busy for Oisin but we’re sure he wouldn’t have it any other way. 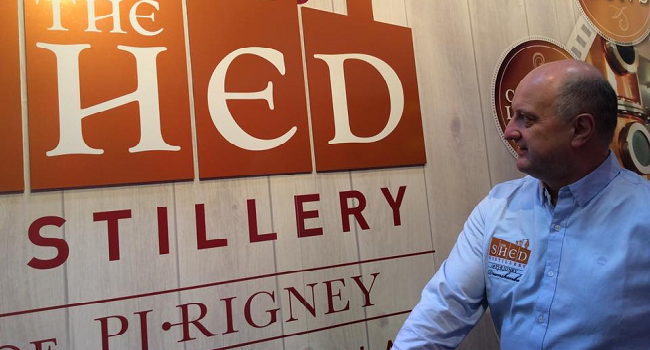 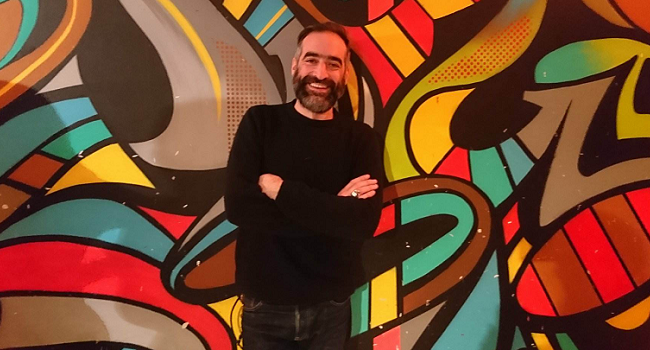 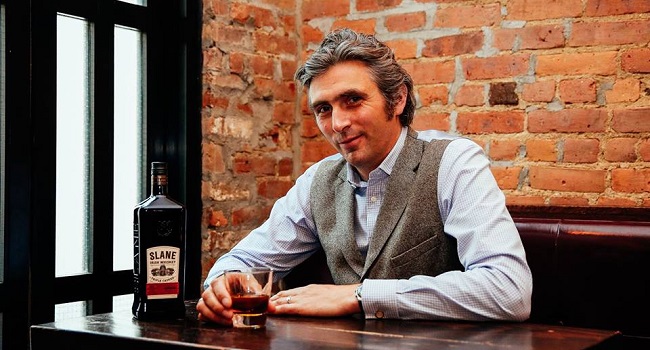 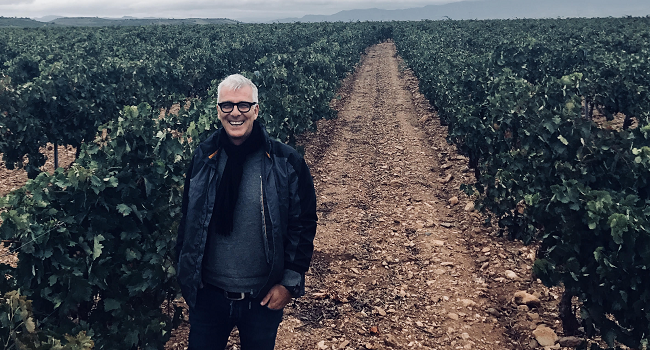