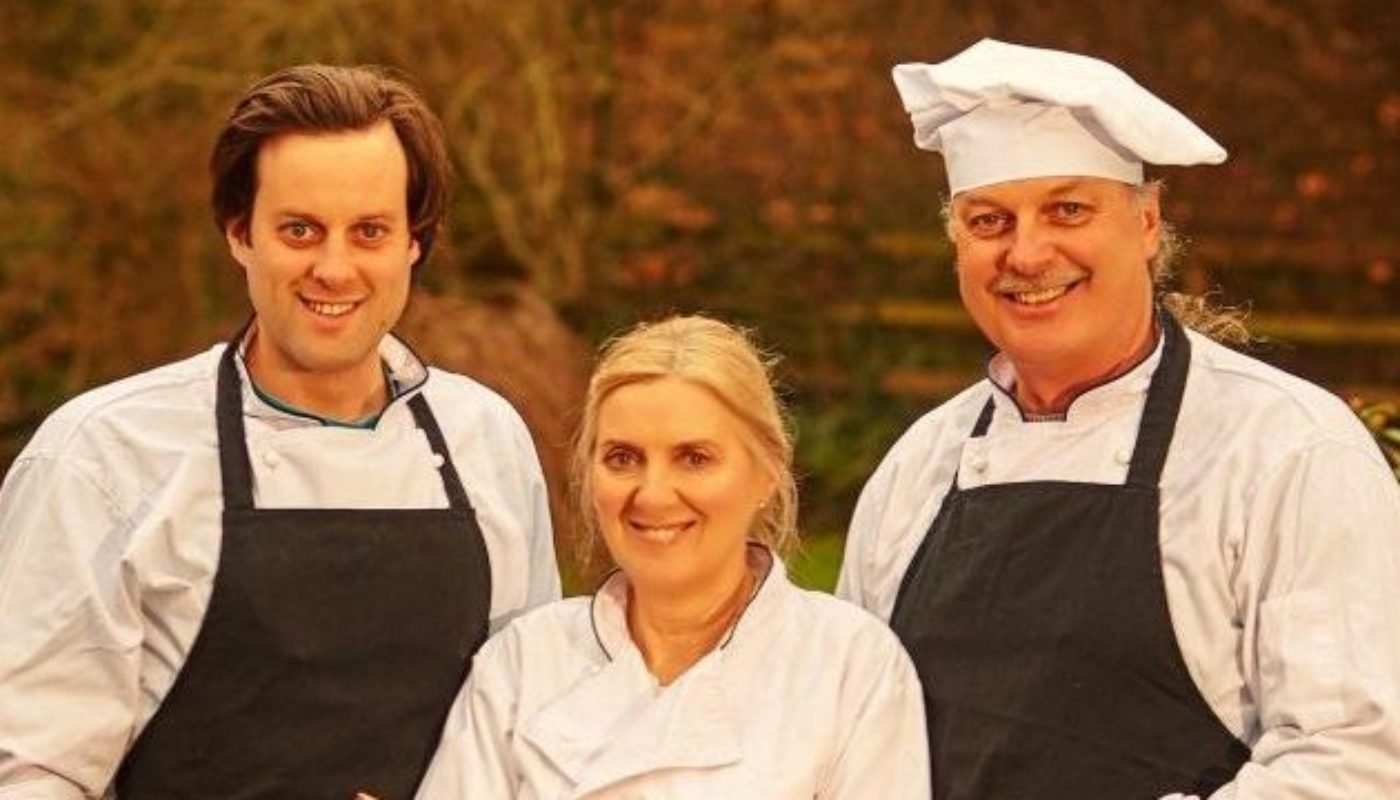 Home » Zanna Cookhouse on Finding Their Niche with Award-Winning Quiche

Zanna Cookhouse on Finding Their Niche with Award-Winning Quiche

“I often reflect now that I should have started my voyage with the knife and the chopping board a lot earlier, but such is the nature of things. Perhaps if I had started earlier I’d have lost much of the passion for cooking that I now enjoy…who knows.”

These are the words of Owen Mullins, who along with his wife Lorna and their son David, run Zanna Cookhouse, a small artisan food business known for their quiches and pies.

Perhaps, in a strange way, it might even have helped us. People ate out less frequently but went in search of good quality, home produced food for their meals instead.”

In their Wexford base, Zanna Cookhouse produces four different flavours of quiche and five flavours of pie. They also make Pate, soups and desserts on a smaller scale. Owen believes the use of high quality ingredients helps their products stand out:

“We make quiches and pies in the traditional way using fresh and local Irish ingredients, and assemble everything by hand to give a consistency in everything we do.”

Speaking of ingredients, the Zanna Cookhouse team try to source their ingredients locally and some of their recipes are based solely on the availability of local produce.

As Zanna Cookhouse continues to grow, Owen says he could never have imagined the success they’ve been enjoying. After leaving his job in the transport industry, Owen enrolled in Ballymaloe Cookery School‘s 3-month course, something he maintains was “amongst the most exciting and enjoyable months of my life”.

Though initially concerned that “cooking commercially” might destroy his love of cooking, he need not have feared because “the kitchen is where I’m most relaxed”.

Owen’s relaxation is only aided by working with a team he trusts, including his wife Lorna, who he credits with giving him “the support and encouragement” needed to realise his dream of becoming a chef.

A small team of 12 people, Owen loves to “spend as much time as I can with the team, producing good food in the Zanna Cookhouse Kitchen”. Owen has had many memorable moments over the years, some bad and mostly good, however one particular interaction, simple and touching, has stuck with him through the years:

We got a phone call from a lady to tell us how much she had enjoyed our Smoked Salmon quiche. She said, ‘It’s the best food I have ever bought in any supermarket ever and I’m 86 years of age.’ It’s the simple phone call, a gentle pat on the back, that keeps us going and gives us the greatest pleasure.

Zanna Cookhouse have also been working with the Simply Better range in Dunnes Stores. After his first meeting with the team, Owen was convinced that these were the right people to work with:

“The thing about the Simply Better team is that they’re not just shop keepers, they’re foodies as well and believe that Irish people all over the country want good quality, honest, wholesome food. They are great people to work with.”

Their products are consistently good and this has been proven for two years in a row when our Simply Better Quiche won the overall award in the Quiche, Pies and Pasties category at The Irish Quality Food Awards in 2015 and 2016.

Owen’s passion for cooking and sourcing high quality ingredients from local Irish suppliers has allowed us to expand our range over the last two years and we are excited to launch some new products for Christmas 2017.”

This passion started at a young age, something Owen admits he’s “not unique in”. He remembers always wanting to “spend time in the kitchen and in restaurants, I’d try the most unusual dish on the menu.” Hard work and passion for food has brought Owen and the team at Zanna Cookhouse this far. For Owen, “if you love what you do then it isn’t really work at all”, but great quality products, a dedicated team and loyal customers certainly help:

Thanks to the support of our customers, the demand continues to grow and we are very grateful for the many phone calls, messages and emails of support and good wishes that we receive.

Looking to the near future and Zanna Cookhouse have two new products joining the Simply Better range; a duck pate/rillette with Skeaghanore duck in Cork and Smoked Trout Pate using Goatsbridge trout from Thomastown, Co. Kilkenny.

When asked about the what’s in store for Zanna Cookhouse in the future, Owen took inspiration from Gandhi, stating wisely:

“To quote Gandhi, ‘The future depends on what you do today’ so let’s make food as good and as natural as we can and let the future take its natural course.”