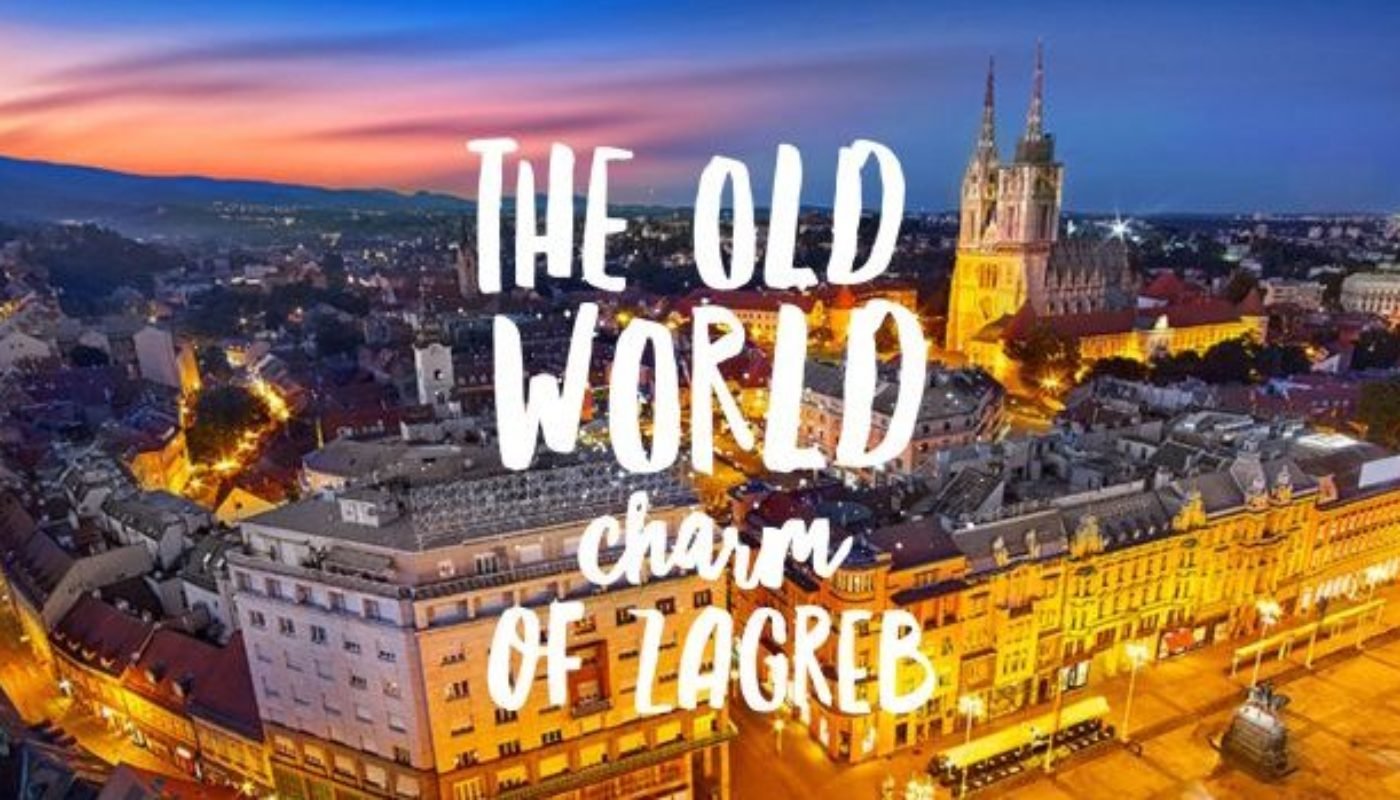 A beautiful city that has long been overshadowed by its coastal neighbours, Dubrovnik and Split, Zagreb is now fighting back with a full-on promotional campaign, and visitors to the stunning Croatian capital are growing rapidly with the help of a brand new airport which opened last year.

On a recent trip to this sun-drenched city we were bowled over by its old world charm, its café-lined streets, its wide boulevards and palatial buildings, not to mention its exciting cuisine.

Zagreb is blessed with not one but two old towns, Gradec, today the Upper Town, and Kaptol, once separated by a stream from Gradec but the settlements long ago forged into one. It’s the perfect walking metropolis where you can just amble at will finding picturesque streets, parks and lovely squares around every corner.

There are 4,500 cafes where you can sit and watch the world go by with the price of a pint just €2.50, a fraction of what you would pay in many European capitals.

A guide explained to us that there were no Starbucks Cafes in Zagreb because the concept of coffee-to-go was alien to the locals.

Coffee was for relaxing with friends or catching up with family in a laid back atmosphere, not fuel for a mad dash to the office. Zagreb is something of a secret which might not remain so for much longer. A new direct air link with Dublin is already boosting the number of Irish visitors to these shores.

Undoubtedly, one of its appeals is the fact it is not mobbed and we could savour its quiet calm as we explored its hidden corners.

The most bizarre thing about this gem of a city is that its biggest tourist numbers come not from the neighbouring countries of Slovenia, Hungary or Bosnia or from Italy across the Adriatic Sea but from…wait for it, South Korea. More than 120,000 people from the Far Eastern country pour into Zagreb every year because of a game show filmed there several years ago.

The TV series about a bunch of South Korean bachelors in Croatia was so popular that thousands travel every month to see the locations where it was filmed.

“They are only interested in the sites from the TV show,” Irma, our guide explained. “The strange thing was nobody knew they were filming here and we had to ask the South Korean embassy why so many of their people were coming.”

The next most popular tourists are German, Austrian, Italian and Slovenian followed by the French, British, Bulgarian, Serbian and American. And it is visitors from the US who are No.1 in bed nights as they stay the longest. Ireland is ranked at number 22 but with a recent 52 per cent increase in visitors that is going to change. “Don’t rush to enjoy the coast, there are many reasons to linger in Croatia’s capital,” the publicity now claims.

There certainly are, starting with the 13th Century Upper Town, where the Stone Gate still stands to let in visitors. The layout of this beautiful, historic area has changed little since medieval times.

A late addition, St Mark’s Church with its spectacular multi-coloured roof made up of the coats of arms of Zagreb and Croatia, will take your breath away.

The serene square it sits on is also home to the national parliament and the Governor’s Palace.

We had lunch in the beautiful cellar restaurant, Stara Vura, located in the bowels of Zagreb City Museum. The stylish restaurant served up a Zubatac fish starter, followed by an octopus salad.

From there we headed round the corner to one of the world’s most unusual museums, dedicated to broken relationships.

People with aching hearts have sent in mementos ranging from shoes and records to jewellery and anything else which reminds them of their lost love. Expecting a fun-filled hour, we were shocked to see that many of the exhibits in the Museum of Broken Relationships were heart-breaking, including a suicide note from a mother to her daughter. All types of relationships are covered in this unique museum which might not be for everyone.

Back into the outside world it was a relief to admire the beautiful squares and gardens that dot this city, including the Jelacic main square, and the Lenuci Horseshoe, a patchwork of squares and parks crossing the city centre. The picturesque cathedral, the largest in Croatia, has been rebuilt many times, the last occasion in the 19th Century after serious earthquake damage.

Zagreb boasts the world’s shortest funicular railway at just 52m, a renowned cemetery full of sculptures, a tower with a canon firing at noon every day, a stunning opera house and the Spica, a celebrated coffee strip packed with cafes. At Christmas there are no less than 26 markets to get you into the festive spirit.

A hop-on, hop-off bus system helps you see everything while a one or three day Zagreb Card provides free transport and entry to museums and is available in hotels and the tourist office.

A great place for dinner is Apetit, where we dined on our first night, and enjoyed a tasty starter of quiche with Mediterranean vegetables accompanied with a salad with pears and crème fraiche.

The main course was glazed veal shank and young potatoes with rosemary, followed by a dessert of pavlova with strawberries. Others enjoyed octopus carpaccio with dried tomatoes and pine and lime pesto, followed by salmon with and beluga lentils, coriander oil and glazed young carrot. And all was washed down with delicious local beers and wines.

Our second night was spent in the plush Vinodol Restaurant in the heart of downtown where I enjoyed a salad followed by a local pasta and duck.

Our base in Zagreb was the modern, comfortable four star Hotel International in the business area which has large bright rooms and is an easy 15 or 20 minute walk into the old town.

We headed out of the city, too, for a day at the spectacular Plitvice Lakes National Park, a stunning network of sixteen interconnected lakes with hundreds of waterfalls, the like of which I had never seen in my life.

Not everyone will have time for the two hour journey each way but it was more than worth the effort for the astonishing scenery.

The park is close to the Bosnian border and at one point I stood with one foot in each country. Evidence of the war that raged in the region until 1995 is still evident in some bombed out buildings.

We also discovered a secret and fascinating aircraft hangar built into the mountains by General Josip Tito when he ruled the old Communist Yugoslavia and feared attack from the Soviet Union for not joining their Iron Curtain bloc.

Fortunately, these days Croatia and its neighbours are all living in peace.

Back in Zagreb our last night was spent in the Boca Marai restaurant a short distance from our hotel where we had a feast beginning with a cheese and garlic dish, followed by chicken paté with truffle sauce and a rump steak with gnocchi and a red wine sauce.

Then it was to bed and a very early start for our journey home the following morning.

For more information on Zagreb, visit infozagreb.hr. Croatian Airlines are running direct flights from Dublin to Zagreb from €189 return until October 25th. You can find more information at croatiaairlines.com.