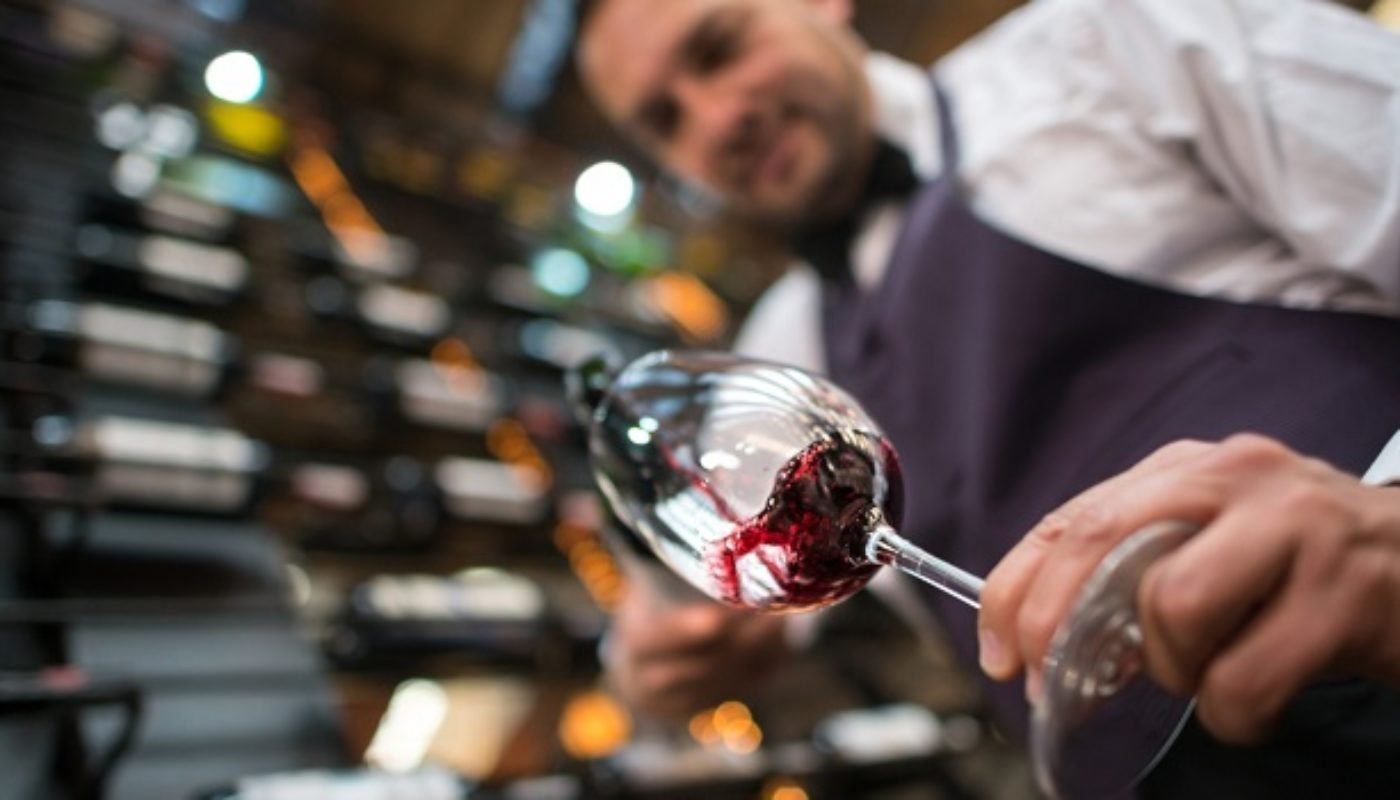 Some things are almost certain within the arena of wine. Lush Burgundy Pinot, austere Amarone and the ever moving spindle of rich Bordeaux elegance are with us from year to year. The passionate, humble winemakers, the character of each bottle, it’s somewhat reassuring.

The year of wine in 2017 was a tough one for many regions that had little to clink Champagne flutes together for. In April of this year, the areas of Bordeaux and Loire in France were most critically affected by two overnight bouts of frost, the worst since 1991.

Many winemakers in desperate attempts to save their cherished grapes even set fire to oil drums, placing them sparingly amidst the vines initiating heat. For several wineries such as Château Angélus from St-Émillion (whose famed wine has featured in James Bond films and commands a price close to €400 per bottle for top vintages), production has fallen by almost 20% for the 2017 wine. Ce n’est pas bon! Italy also has suffered from one of its smallest harvests for 60 years. Crushing spring frosts like Bordeaux, succeeded by an intense heatwave nicknamed ‘Lucifer,’ affected Southern/Central Italian regions such as Tuscany, Sicily, and Umbria. It was a little more optimistic in Northern Italy though, Piedmont and Veneto suffered a smaller, but still considerable 15% loss on what winemakers harvested in 2016.

The ‘Golden State’ of California – home to an abundance of expertly produced, elegant Cabernet Sauvignons and Chardonnays (among many other varieties), experienced one its most devastating wildfires. Napa, Sonoma, and Mendocino wineries including the iconic Stags Leap and Signorello vineyard were all deeply harmed by the fires, which could take years to restore.

Yes – France, Italy, and California have sustained blows in the past, but they have the most incredible soul in fighting back to retain their ranks as elite wine zones. Let’s hope the flick of the dice goes in favour of these three wine producing heavyweights in 2018. In the meantime, the greatest way to support them is to continue to purchase their fantastic wines. Nonetheless, 2017 wasn’t all bad. A renaissance of Rosé, an affluence of Albarinos, macho Malbecs of exceptional quality showing their worth on the main stage.

Trend shifts in contemporary times though have encouraged a medley of wine choice swirling into the new wave of restaurants, bars, and wine shops across our Emerald Isle.

2017 brought us closer than ever to a rainbow of new colours to the wine spectrum, for those who think choosing between red, white, and pink may just not be diverse enough. Orange wine (the hipster favourite), and blue wine (yes, blue!), may have had their moment of fame this year, but which one is likely to renew that success into next year?

Well, orange wine (made when the juice of white wine grapes has gathered extended skin contact after grape pressing), can be quite complex, and seriously delicious. Central/Eastern European countries such as Georgia and Slovenia make some of the best orange wine – Pinot Gris the grape of choice, generally. Orange wine made a substantial swirl in 2017 – something to continue to watch out for in 2018 too. Blue wine crafted in Spain is produced notably by the wacky Spanish company ‘Gik’ (not so much the same ‘je nais se quoi’ naming allure like Chateau Latour). According to their website, Gik uses a blend of ‘undisclosed red & white grapes,’ and dyes the resulting wine with natural neon blue colouring. The result is super sweet, acidic, fruity wine, something the blue WKD alcopop drinkers among us would even almost find hard to palate.

So although we may not expect a blue wine to be elevated to Grand Cru status or otherwise in 2018, what can we expect to blossom next year?

Well, the Loire Valley in France is one.

There was a time when the wines of the Loire Valley were more prized than those of the Bordeaux, albeit from the 11th -14th century. The indigenous grape varieties of Cabernet Franc and Chenin Blanc remain to offer considerable bang for your buck today.

Cabernet Franc, a pale red grape with high acidity, is usually soft in tannin but full of rich fruit with subtle hints of pepper, raspberry, and cassis – the perfect mouthwatering dinner wine.

Chinon and Saumur Champigny, two areas in the Loire, or ‘appellations’ as their better known in France, offer some of the highest quality. For those adventurous Merlot and Cabernet Sauvignon drinkers, Cabernet Franc could be your next best friend. Chenin Blanc in the Loire (otherwise known as ‘Steen’ in South Africa where it flourishes too), is a workhouse-wonder white wine grape that can be in dry, sweet, and even sparkling styles. Chenin is bottled poetry, freshness and minerality galore. Exhilarating high acidity and bright yellow fruit qualities are in abundance with this grape variety, which can have in certain instances, lengthened capacity to age gloriously in the bottle. What’s even more refreshing is the value it offers too.

Look out for the dry Chenins from Anjou in the Loire, the slightly sweet styles from Vouvray, and the gorgeous Crémant de Loire bubbly using the Chenin Blanc grape, which will give much of the pleasure of Champagne at a slither of the price.

Premium Rosé, another blissful, refreshing palate pleasure, has stemmed off throughout 2017 the idea that it can only come in the sticky sweet, stodgy form. The faint, blush pink, dry styles most notably championed from Provence using the Grenache, Cinsault, and Mourvedre grapes have rapidly changed perceptions. Scuffling through a 20-page wine list, or walking down a supermarket wine aisle to pick the perfect bottle can be intimidating to many. Most of us look for what we know, the old reliables you could say. Chardonnays, Malbecs, Pinot Grigios, the ‘mainstream’ vino options. Portugal, a country with plausibly the best value wines in the world, has a native portfolio of grapes with over 250 varieties.

If your go-to wine is ordinarily full-bodied Tempranillo, Malbec, or Bordeaux varieties such Cabernet Sauvignon, you’ll save several euros for opting towards Portugal’s own richer, black fruit flavoursome Touriga Nacional, Tinta Roriz (the same as Spains Tempranillo), and Tinta Barroca red blends from the Duoro region.

A gem that Spanish Albarino will love is its lusophone twin, Alvarinho, grown in the Vinho Verde region of Northern Portugal. With wine prices set to rise for many of our old starlets like Chablis and Bordeaux in 2018, Portuguese wines extend the value, quality, and history in their bottles that can contend with the best on the grand stage.

2018 could also be the year when the white Assyrtiko grape from Santorini, Greece could shine even brighter. Likewise with Cru Beaujolais (the Gamay grape produced in the likes of Fleurie and Morgon) which offers you a remarkably high-grade Burgundy Pinot Noir alternative for around €20 a bottle.

2018 may even be the year when wine, like electronics and clothes, shifts to something you buy online further. Some of the best online websites include obrienswine.ie and siyps.com, who can dispatch exceptional wines to your door on the go for you, or that particular someone in your life.

With a plethora of choice and more transcendent value than ever, 2018 has the potential to be a truly exceptional year for the wine connoisseur in us all. Originally from Celbridge, Kildare, Philip Dunne has worked in the Irish hospitality industry since he was 15. After experiences in fine and casual dinning, he started to work at Ashford Castle in 2015 and after working his way up, he became Ashford Castle’s Head Sommelier at the age of 25.