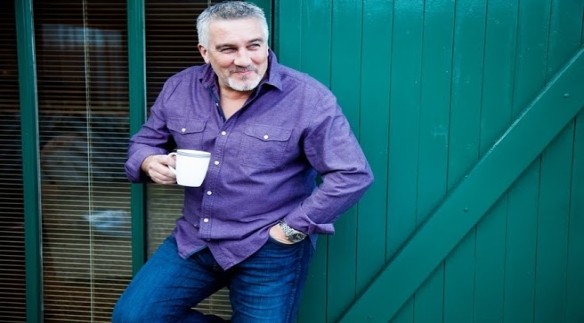 MCD Presents  Paul Hollywood – Get Your Bake On in  The Olympia Theatre  Monday 17th & Tuesday 18th November 2014 and we have 2 tickets to give away!

Paul Hollywood’s first live tour, which promises an evening of fun stories, demos and audience participation, will span over 47 dates including two shows at The Olympia Theatre on Monday 17th & Tuesday 18th November.

Get Your Bake On will see Great British Bake Off star Paul Hollywood demonstrate recipes, reveal some of the secrets of being a TV chef and take the audience on a journey through his life in baking. The show will culminate with four lucky randomly chosen audience members coming on stage to bake with Paul.

Audience members will get a real insight into Paul’s life and career which has seen him become a household name. From the story of how his father persuaded him to ditch his path as a trained sculptor and join the family baking business; tales of his time as head baker at some of the world’s most exclusive hotels, which lead to him becoming one of the country’s finest artisan bakers; to anecdotes from his time filming The Great British Bake Off.

Paul will demonstrate up to four of his favourite recipes during the show and four lucky audience members, chosen at random, will be invited to take part in one baking challenge with the chance to be dubbed star baker.

Audience members will also been given the opportunity to put their own questions to Paul in an open Q&A. “When I was approached to do a tour, I jumped at the chance, I can’t wait to share my passion for baking with a live audience.” – Paul Hollywood