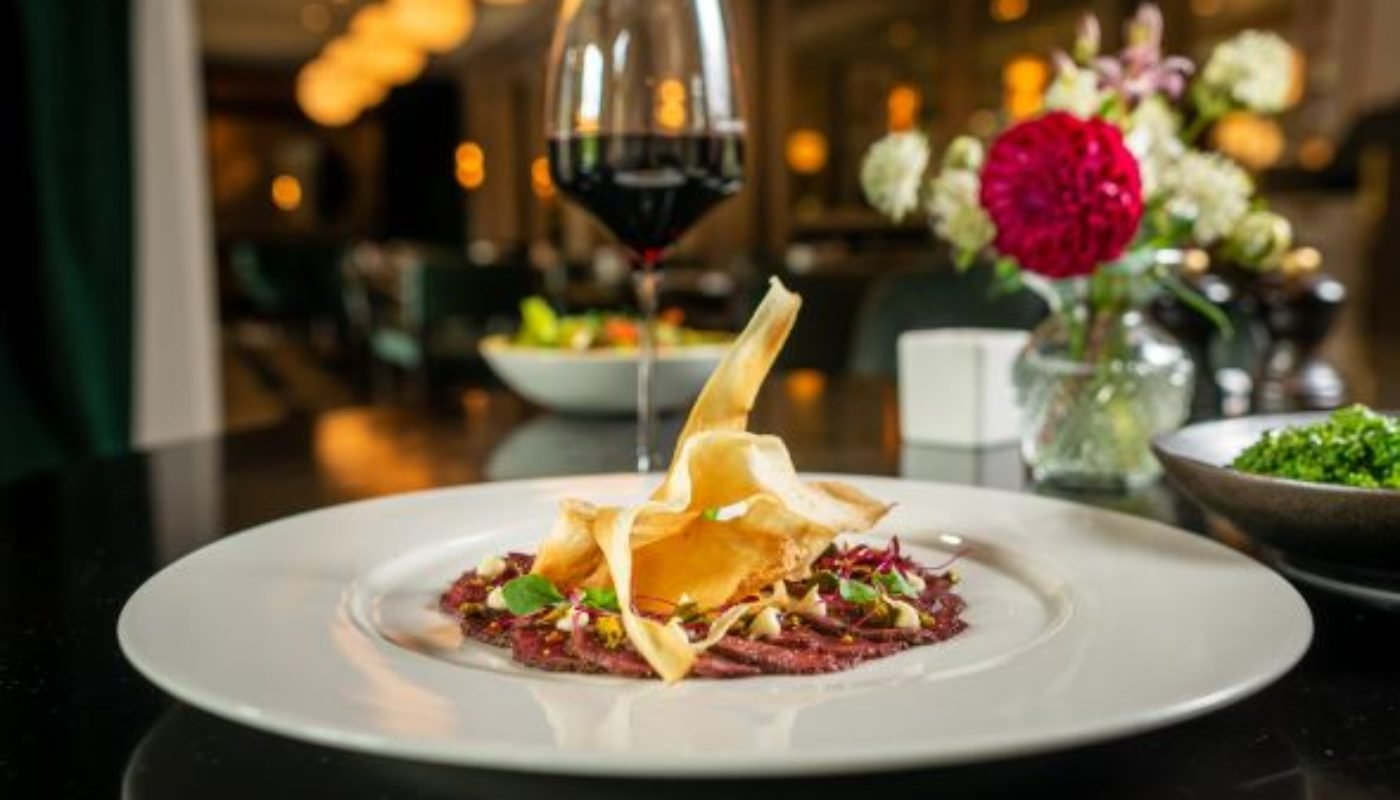 Something very special awaits guests at WILDE at The Westbury from October 5th to the end of November, with beautifully prepared dishes centred around game from the finest local food producers, served alongside wine pairings from Irish- owned vineyards creating exquisite wines in France.

September 2021 As we enter the Autumn season, we’re turning our thoughts to rich, wholesome seasonal flavours – and nothing says autumnal dining quite like game. To celebrate this delicious time of year and the turning of the leaves, WILDE at The Westbury is serving up the perfect indulgent food pairing experience: Geese & Game. Developed under the creative direction of Group Sommelier for The Doyle Collection, Philip Dunne, and running from October 5th until the end of November, Geese & Game will see delicate game from the finest Irish local producers served alongside expertly curated selections from Ireland’s esteemed “Wine Geese” – the Irish- born wine producers making waves in France, one of the world’s oldest and largest wine regions.

The Geese & Game menu celebrates Irish Wine Geese from the modern era with wines from Maison Róisín Curley in Burgundy to the more traditional winery Château Léoville Barton in Bordeaux, operating since 1826. The term “Irish Wine Geese” is derived from the flight of the “Wild Geese” in the late 17th century, when persecuted Catholic Jacobite soldiers fled Ireland, seeking refuge and a safe home in France. Many of these soldiers and their immediate descendants flourished as merchants and traders, later gaining ownership of properties, estates and vineyards around the port of Bordeaux. Today, the Irish influence on vineyards globally continues this pioneering tradition.

Róisín Curley, originally from Ballyhaunis in County Mayo, spends her time between her home in the West of Ireland and Burgundy in France. Róisín holds a BSc in Pharmacy and an MSc in Viticulture and Oenology. In 2015, she made her first vintages of Pinot Noir and Chardonnay in Burgundy, and in 2020 became a Master of Wine, one of approximately 400 in the world to hold this prestigious title. Three of Róisín’s wines, including her Nuits-St-George Pinot Noir, will be available on the menu by the glass and bottle, and also in a guided wine flight by our resident sommelier in WILDE for €50.

WILDE Executive Chef Sandeep Singh has put together a menu of local game dishes to complement these exceptional wines. Dishes include a wild Irish venison carpaccio with parsnip and toasted pistachio nuts, €19; roast pheasant breast with crisp pancetta, Jerusalem artichoke and a confit leg Wellington, €32; and for dessert, a delectable quince and almond crumble tart with clotted cream, €9.50.

Philip Dunne, Group Sommelier of The Doyle Collection, says: “We are delighted to celebrate the finest wine and food experience in WILDE with an Irish connection and heritage. The wines of Róisín Curley have featured as a stalwart presence on the WILDE menu since her first vintages from 2015 were available, and the wines of Château Léoville Barton have been ever-present throughout The Westbury for decades. Our sensational and delicate game-inspired dishes developed by Executive Chef Sandeep Singh are the perfect complement to these great wines, and we look forward to our guests being able to experience this unique offering in the coming months.”