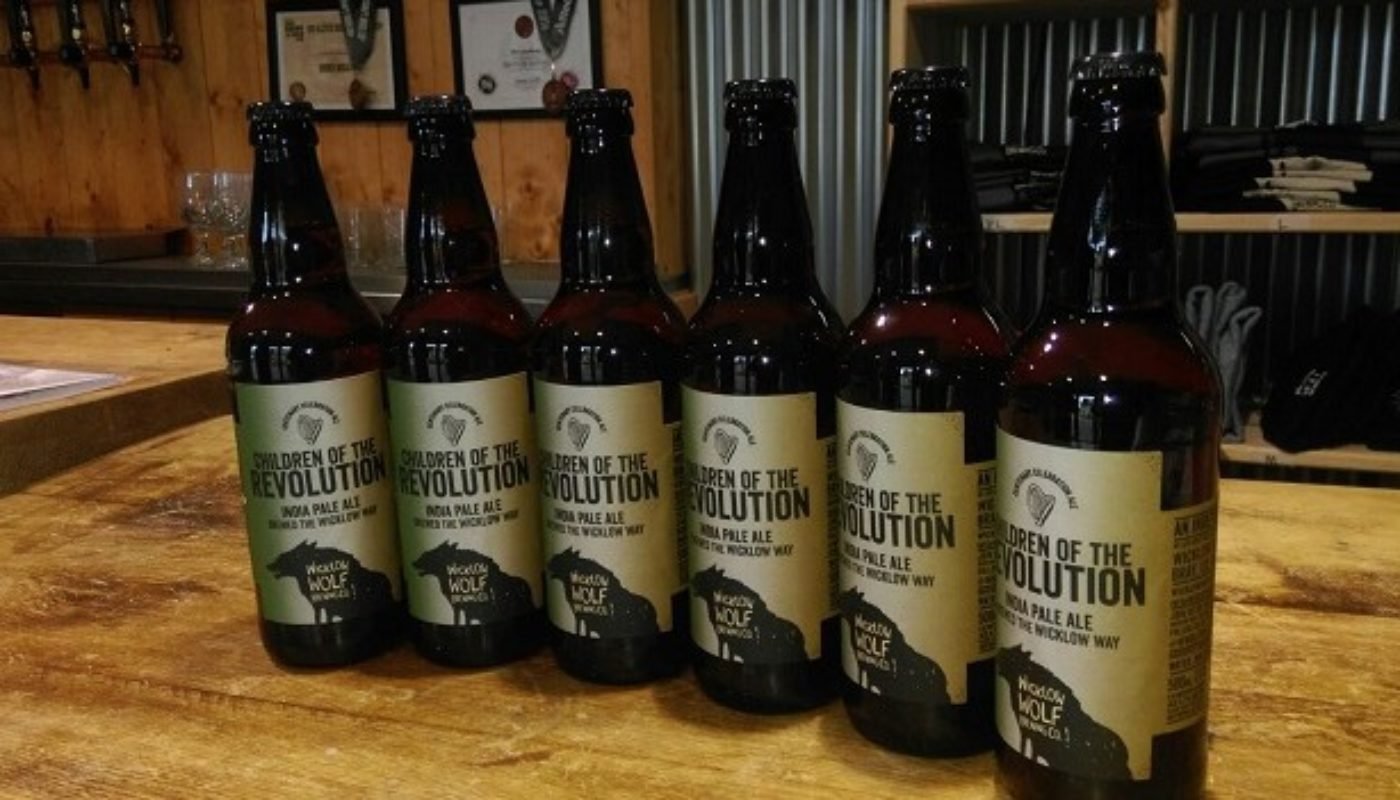 There’s a common saying there is no such thing as bad press, as in it’s all good as it’s getting your brand/name out there. Michael O’Leary was a long time proponent of this. So why am I talking about this when reviewing a beer?

Well the beer in question is Wicklow Wolf‘s latest special edition Children of the Revolution and is being released to mark the centenary of the 1916 Rising. However, the busy bodies were out in force on professional windup merchant Joe Duffy’s Liveline, crying foul over the word children being in the name, as if it is magically targeting kids. Seriously? It just screams of Helen Lovejoy’s famous refrain “Won’t somebody think of the children?”

I actually think the name itself is quite clever, and Simon Lynch sums up what they’re trying to achieve quite well here.

“We wanted to mark, in our own way, the bravery and vision of our country men and women who made possible the Ireland we live in today. Not only has Ireland seen significant cultural change in the form of religious tolerance, civil liberties and marriage equality but Ireland has also left a huge imprint on the world through its people, music and the arts. All of which came about as a result of those words read out on the steps of the GPO in 1916. There is also a beer revolution taking place in Ireland as people seek out new styles and flavours and move away from mass-brewed beers. This has come about as people tasted craft beer abroad and wanted the same when they came home. As T-Rex sang ‘You won’t fool the children of the revolution!’”

You can be assured that this was lost on some of those hysterical individuals who were calling into Joe Duffy.

One thing that strikes me is the lovely label, I’ve been a fan of their branding since the very beginning and this is a very grown up label. A patriotic green hue is blended into the label, and it is very striking. I really enjoyed their Free Ranger IPA for its use of citrusy hops, and this promises to provide a similar burst of flavour on the nose. The hops in this are proudly declared on the label, Cascade, Simcoe, Columbus and Amarillo.

The beer pours a lovely amber colour, with a thick white head. Sitting in the glass, I smell lots of citrus fruits, orange, grapefruit, hint of lime, and resinous pine. While not as aggressive as a West Coast IPA, it’s very pleasant.

Now the taste. You get a good malt body to carry the tropical fruit flavours which leads to bitterness, and a nice dry finish which makes you want to take another mouthful. I personally really enjoy this style of beer, and this is very well done. Part of me is hoping that some of this made it into Keg for the Irish Beer & Whiskey Village that’s taking place in the RDS over the St Patrick’s Day holiday (16th to 19th March).

No doubt this will sell out everywhere due to the extra publicity so my suggestion is get out there and get some, and enjoy it fresh! It’s available nationwide through Molloy’s & O’Brien’s and leading Independent Off Licences. RRP is €3.95.