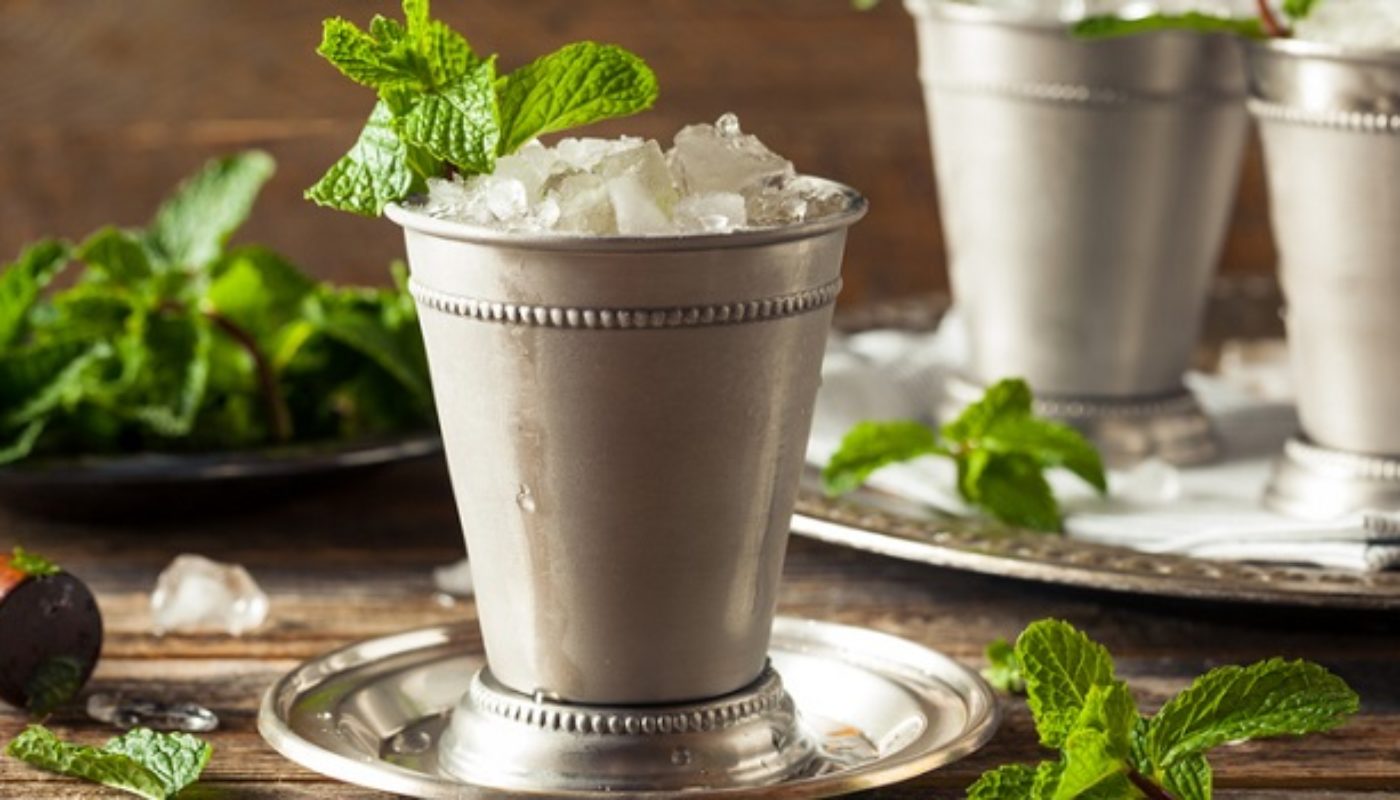 The pleasure of slowly sipping whiskey by the fire melts away as the weather gets warmer. As spritzers and other fruity or floral concoctions take over to satisfy our thirst for something more refreshing, good ol’ whiskey is sent to the bench until the heavy coats are out again and the spirit’s comforting warmth becomes desirable once more.

But it doesn’t have to be this way, as whiskey can shine all year round and it’s surprisingly simple to give it a summer makeover. Stay away from the hot cocktails and give Old Fashioneds and Manahttans a well deserved break, as below you’ll find ten ways to enjoy the sunny side of whiskey.

The icy classic was immortalised in F. Scott Fitzgerald’s The Great Gatsby, as on a very hot day, Daisy et al found themselves in a room at the Plaza Hotel with a bottle of whiskey and a thirst for a minty tipple. “Call up and order some ice for the Mint Julep”, she said. After all, the “day was broiling, almost the last, certainly the warmest, of the summer.”

Making a Mint Julep couldn’t be easier: muddle a few mint leaves and a teaspoon of sugar (or syrup) in a glass and fill with crushed ice. Add two ounces of whiskey (the classic version calls for Bourbon), stir, top up with more ice and decorate with a mint leaf.

This citrusy whiskey cocktail has earned its popularity. A palate-pleasing balance between sweet, sour and the kick of the alcohol, complemented by a frothy top courtesy of egg whites.

Make one by mixing three parts of whiskey, two parts of fresh lemon juice and one part of syrup in a cocktail shaker filled with ice. A dash of egg whites is optional but encouraged as it gives the drink its characteristic texture. Shake vigorously and strain into a chilled glass. Garnish with half orange slice and a maraschino cherry.

This variation of the century old John Collins calls for whiskey instead of gin, and since the basic recipe is very simple, you can use an intense flavoured drop and it’ll stand out.

Combine three parts of whiskey, two parts of freshly squeezed lemon juice and one part of sugar or syrup in a glass filled with ice cubes and stir. Top with soda water and add a dash of Angostura Bitters. Garnish with a slice or lemon and a maraschino cherry.

Take a turn for the Tiki in this unusual example that ditches the rum and embraces Bourbon as its base spirit. Yes, you’ll need a blender for this one…

To mix one of these tropical treats, blend three parts of Bourbon, two parts of fresh lemon juice, one part of passion fruit syrup (or passion fruit puree mixed with honey to taste) and half a part of Grenadine with plenty of ice and pour into a chilled glass.

While we’re partial to the boozy delights of an Irish coffee, this chilled renditions suits the hot season more appropriately. Put the Espresso Martini aside and perk up with an iced Irish Coffee!

Just combine two shots of espresso (or strong instant coffee), one teaspoon of brown sugar and a shot of Irish whiskey into a glass filled with ice cubes. Stir and add a big drop of fresh cream. Stir a little more and voilá! To make it even lighter, you can swap the cream for milk and for a frappé version, change the ice cubes for crushed ice or just blend everything together.

Whiskey neat on a hot day? If only you had something cold and refreshing to pair it with! More than a cocktail, a Boilermaker is a combination of a beer and a shot of whiskey. With over a hundred years of history and modest beginnings,it’s quite plain in principle, but when you go the extra mile to find a flavourful craft beer and a drop to match, the result can be a total treat.

For a summery version, go for a refreshing beer such as a hoppy craft lager and accompany it with a mellow, unpeated whiskey. The vanilla and caramel notes of Bourbon will provide a nice contrast to the hops, but if you go for a milder beer, then a spicy rye will add some punch to the combo.

Lots of ice, ginger ale, Jameson and a wedge of lime. It just works, right? But you can only have the same mixed drinks so many times so it’s good to shake things up.

For example, you could take a leaf from the Mojito book and add some muddled mint to your glass for an herbaceous touch (rosemary would also be a good herb to try), or get inspiration in a Dark ‘n’ Stormy and swap a part of the ginger ale for the more intensely flavoured ginger beer. You could also try its American cousin, the Kentucky Buck, and mix ginger beer, Bourbon, fresh lemon juice and syrup (muddled strawberries optional) in a long glass with ice, plus a dash of Angostura bitters and a strawberry on top.

Tea and whiskey have two things in common: they’re wildly popular in Ireland yet they’re not drinks one might think of when the thermometer goes Mediterranean. However, if there is a warm place where the pair thrives under the sunshine it’s the South of the US, where sweet and spiked iced teas are a popular refreshment.

Iced black tea with lime juice and a generous dose of sweet syrup combines beautifully with whiskey for a classic mix that is also great for batching and you can make in advance. You can give it a twist by changing some (or all) of the tea bags for fruit infusions (for example, peach or berries) or by adding a drop of Cointreau or another fruit liqueur, and don’t forget to add a few thin slices of lime to the jar!

Another effortless tropical twist that will surprise you. While it’s quite common to mix whiskey and coconut water in some Caribbean destinations (nothing beats a real coconut with a dash of whiskey and a straw!), on this occasion we’re going for the more flavourful coconut milk.

Mix whiskey and coconut milk to taste (one part of strong and five of weak is a good place to start) and add a dash of syrup (or sugar). Serve with plenty of ice and sprinkle with cinnamon. For a more indulgent twist, use crushed ice and top with condensed milk.

A Whiskey Smash is a classic cocktail that can be described as Mint Julep with a citrus kick or perhaps as a whiskey Mojito. However, this berried variation gives it an extra layer of flavour.

To make it, muddle a handful of cherries with a few mint leaves and a lemon wedge in a shaker. Add two ounces of Bourbon and (optional) a dash of Kirsch or cherry liqueur. Shake and strain into an Old Fashioned glass with ice cubes. Garnish with a cherry and a mint leaf. 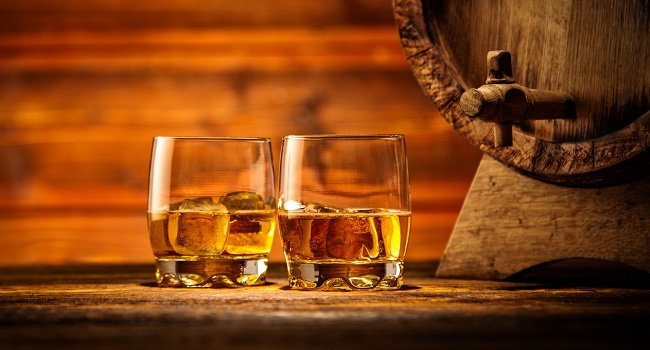 The Trends that Defined Irish Wh… 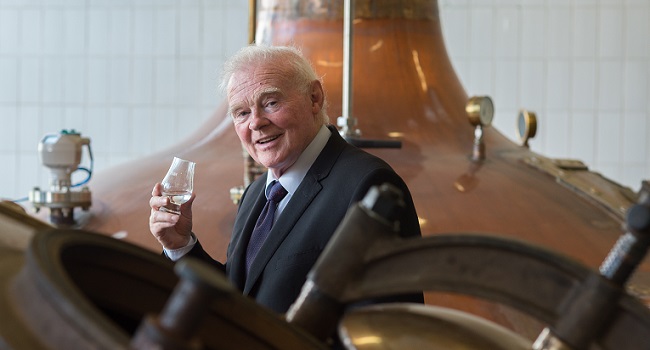 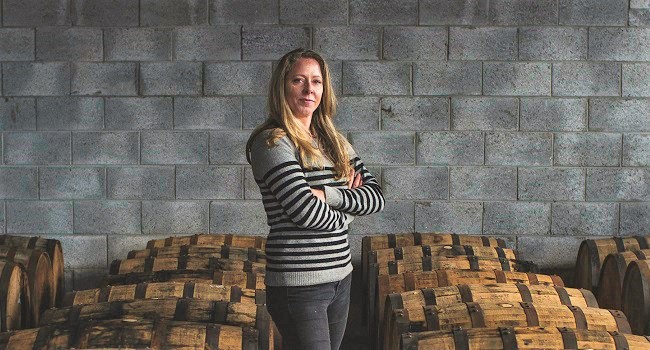 Meet the Woman Reviving the Art … 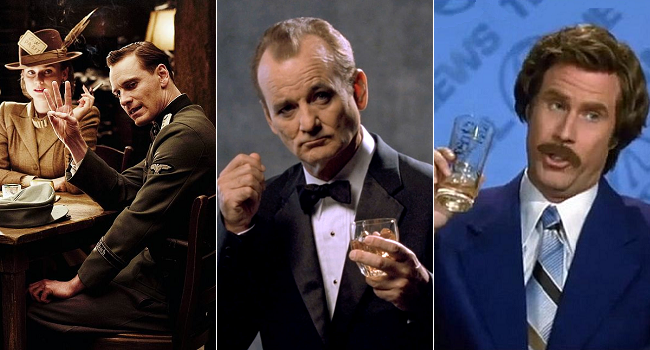