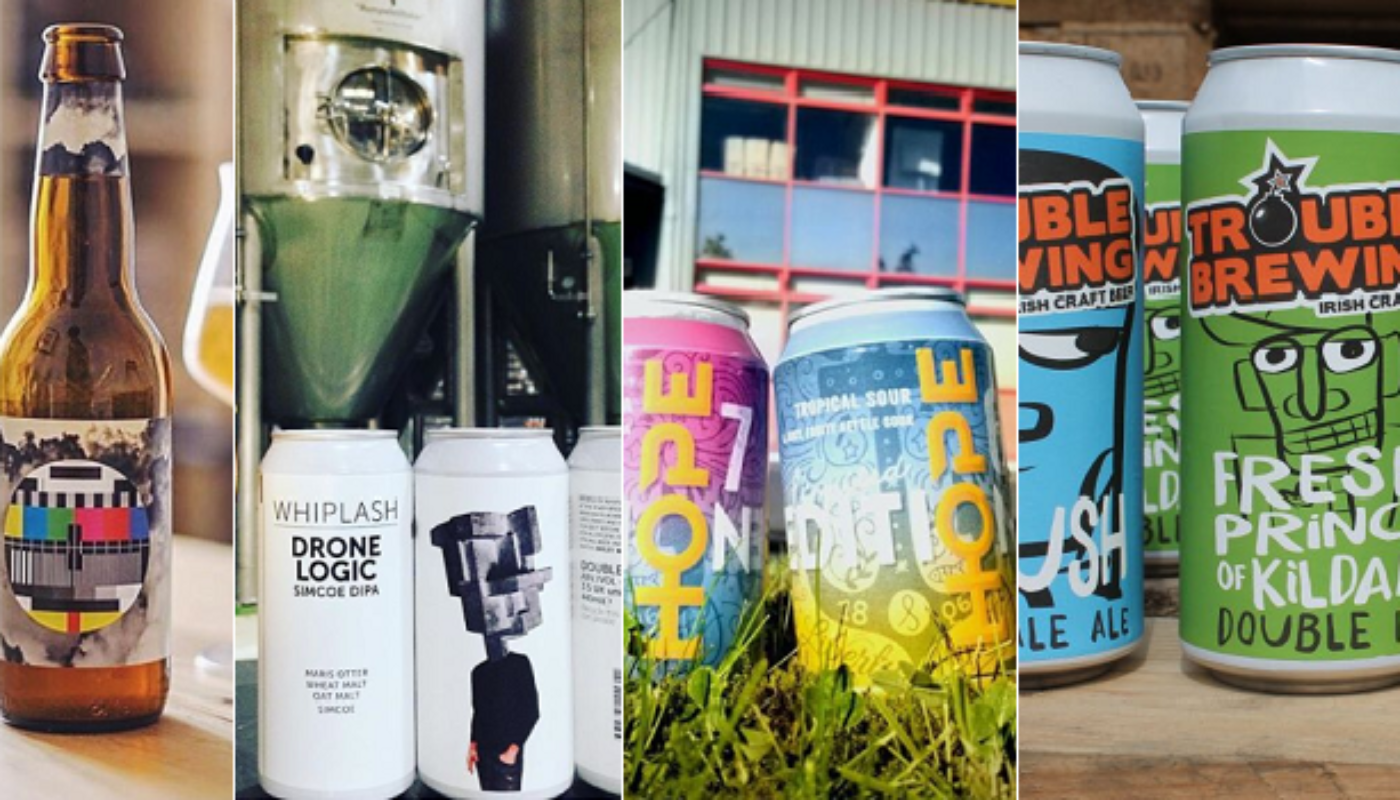 What’s in a Brand? Craft Beer Breweries with Rockin’ Packaging and Great Beers

With a lot of time spent on bemoaning some of the horrible beer labels out there, I rarely get a chance to discuss the great marketing campaigns by the brilliant breweries around the world. There are some who will argue that branding isn’t that important.

After all, if the beer is phenomenal then the branding shouldn’t matter as much. However, personally, when I am in someplace new with an array of brews unfamiliar to me, branding can make all the difference. When faced with the unknown, I absolutely will try beer that stands out from the crowd based on the packaging. It should, if done properly, not only communicate what is in the beer, but also tell me a bit about the brewery and people behind it.

And I am not alone. After discussing this over with several of the members of the Ladies Craft Beer Society of Ireland, we all essentially concluded that branding is an important part of the beer package. For better or worse, it will help us choose a promising pint or will steer us quickly away from a specific brew.

Creating a whole brand ideology gives the consumer a really good idea about what the brewery might represent. For example, if you are a microbrewery whose focus is on vegan or gluten-free beer, then your branding might be a critical component in reflecting this ethos and communicating it to your consumer. Equally, I know I really appreciate it when breweries take the time to discuss pairing options, the role of the hops and malts, and even flavour notes on the back of their brews. It signals to me a level of care and consideration of the holistic drinking process – which may sound like a bit of precious nonsense, but I like drinking craft beer and pairing it with food, or even cooking with it and these details are extremely helpful.

And if this is a beer I haven’t tried before, especially if it isn’t to style or has new or unusual ingredient, I find it really handy to include this kind of information on the bottle or can.

Branding also includes the types of events that they hold as well as the press releases, videos, and media that they put out. The logo is just the beginning. Hosting tap takeovers or planning shows that combine their beer with amazing local talent, or even organizing fundraisers are all part of the brewery’s story, and can play an influential role in people choosing to sip their beer.

And in this vein, there are some amazing breweries really killing the branding that are available in Ireland and so here are just a few of my personal favourites.

Quirky twists and sometimes irreverent, they really nail their branding. It is clear that this part of the design process is really important to them and it shows. I mean, look at some of these logos, for example.

To Øl beers start from €4.80 and they’re available at drinkstore.ie

Modern fonts with clean lines make up a striking front of their cans. Another key part of Whiplash’s branding is the wonderfully creative juxtaposition of images, kind of like an awesome, and expensive, Etsy collage.

The reason why I love Hope’s Branding so much is probably obvious. Because historian. I really love that they have incorporated local legends and lore into their core beer offerings. Their range of limited edition brews are also eye-catching.

I love cans. They’re easier to transport and as a ridiculously clumsy person I don’t have to worry about dropping, breaking or otherwise destroying the bottles on the way back from the shop. Trouble’s bright colors and designs, make for an attention-grabbing beer that stands out amid a sea of awesome brews. Their witty names also add to the appeal.

And all their beer is pretty delicious as well!