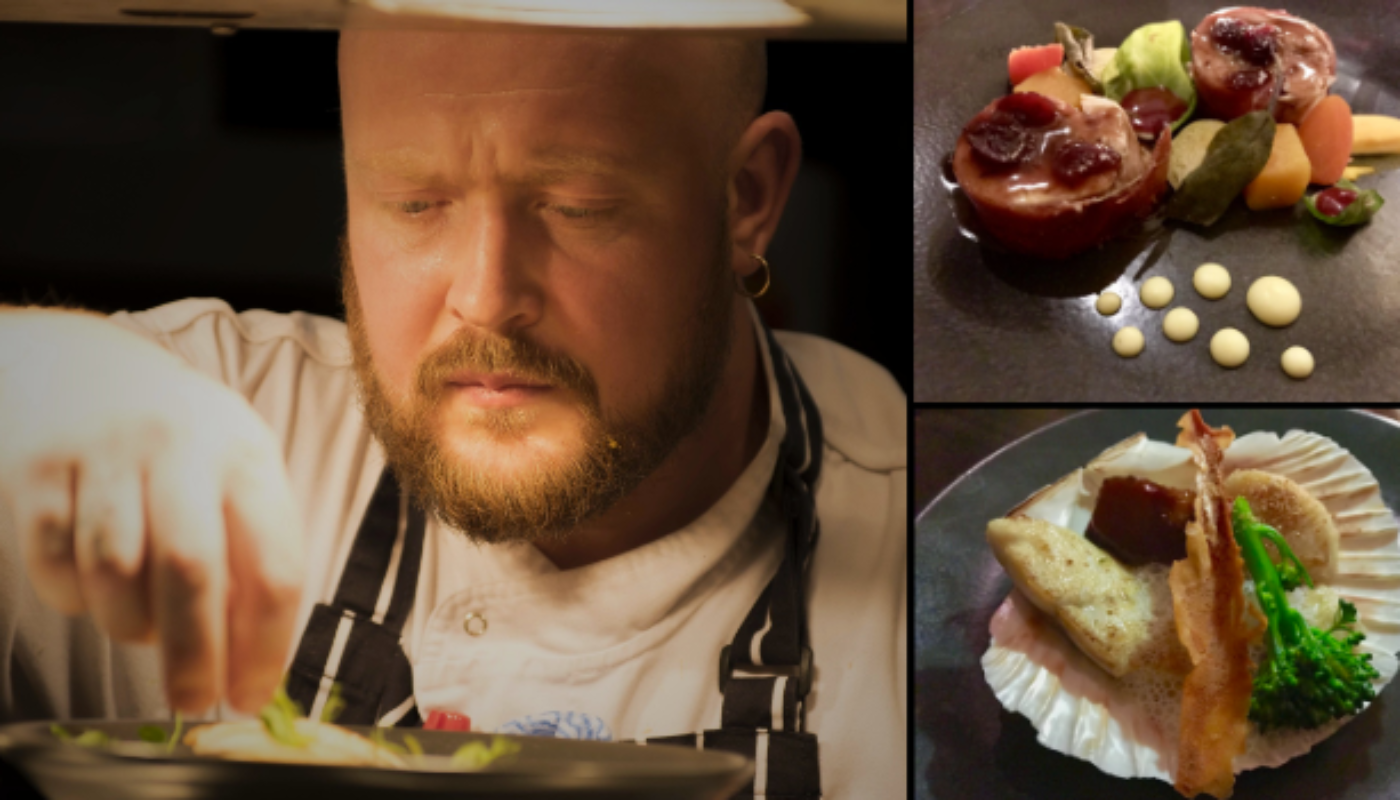 Sometimes it is hard to keep up with the amount of new openings that have popped up in the last year, especially outside of Dublin. Every month we try to visit as many restaurants as we can around the country but sometimes it takes a little longer than we would like to get to some of the unsung kitchen heroes from outside the Pale. One perfect example is The Bay Tree Bistro in Waterford.

The Bay Tree Bistro’s Head Chef/Proprietor Keith Boyle was last year named Best Newcomer in Munster with his first restaurant set in a challenging location in Ballybricken. Housed above a bar and with limited resources Boyle and his wife Carmel spent a year building the business and a good reputation. So much so it afforded them the opportunity to relocate to larger premises right on the quays.

Although open over six months we had yet to experience what this new lease of life would bring to the waterfront. December is probably one of the worst months to review a restaurant, as most places are heaving with drunken Christmas parties or worse, menus so festive focused that it seems irrelevant to write about them in January. However being only an hour and forty minutes away we decided to pop down to the city’s Christmas fair “Winterval” and hoped to secure a last minute booking in The Bay Tree. Unfortunately for us their phone line was down so we couldn’t book in advance but they managed to squeeze us in last minute. The three storey building that houses the Bay Tree Bistro has now been fully taken over by Boyle and his team, with an intimate bar on the ground floor which is ideal for pre dinner drinks and even boasts hand made crisps which Boyle prepares in house. On the first floor is the restaurant, with vaulted ceilings, exposed beams and brickwork and views overlooking the harbour, the room has a surprising elegance about it. Apart from a few licks of paint much of the space was inherited by Boyle as is and he has plans to open the top floor for local art exhibitions later in the year.

Now with a team of over 10, the Boyles were both flat out on the night we dined there, mostly with large well behaved group bookings. Even in a short space of time they have managed to create a loyal customer base and it is easy to see why. The ethos here is very much based on old school hospitality, local front of house staff with plenty of charm and excellent knowledge of the ingredients on the menu and where they come from.

We sampled some of Boyle’s homemade black olive sough dough to begin which arrived with three piped homemade butters, sun dried tomato, a black pudding infusion and a black pepper and sea salt creamy creation. Good bread may seem like a simple thing but it is one of the best barometers to the quality of any restaurant and can set the tone for the evening ahead.

A nice touch we noticed on the night was the fact they hand out little amuse bouches or winter warmers as we were told, Boyle has placed a huge emphasis that the team out front need to do the food justice and “keep the punters happy”. On a busy night when service may be slower than usual these touches give the kitchen a bit more breathing room. Ours was a superb chestnut velouté, true to its name it was velvety and rich and just what we needed after spending hours wandering around the city. Then menu offers up five starters and six mains, with a two course setting you back €23 or three for €28, very keenly priced when you consider the provenance on the menu and the amount of in house made ingredients listed on the menu. Up first was Croquettes of House Cured & Spiced Piedmontese Beef, served with a simple red cabbage slaw and infused with a great East Coast brew, Proclamation Porter of Dunbrody House which worked beautifully with the spiciness of the beef. Those little croquettes were no easy act to follow but our other starter of elegantly plated Sea Bream, Scallop, Glazed Pork Belly with a vivid crisped roe were an imaginative example of how to utilise the entire scallop. Mains were a more classic affair, Roulade of Turkey and Cured Ham, with a tantalising onion and chestnut stuffing, winter squash and delicately placed sprout leaves lightly drizzled in a succulent roasting jus. For a guy with more tattoos than your average sailor, Boyle has a beautiful refinement to his cooking without compromising any of the heartiness of each dish. We had heard that there was a talented young pastry chef in the kitchen by the name of Niamh Barry, who was in her final year in DIT but working as much as possible at weekends and evenings in the Bay Tree so dessert was a must. Warm Mulled Winter Fruits were cusped proudly in a brandy snap basket and served with a simple homemade chocolate chip ice cream. A refreshing take on a festive treat. Across the table and enviable plate of Sticky Toffee Pudding arrived, drizzled in a white chocolate and caramel ganache and partnered with butterscotch ice cream that almost warranted licking the plate clean.

The Bay Tree Bistro is certainly an unsung hero, with Boyle’s enthusiasm and passion being more than a little infectious. If this is the barometer for Waterford’s culinary scene than the bar has seriously been raised.

Dinner for two, including a silky smooth bottle of Tres Partes Tinto Roble 100% Granache from the mountains of Navarra (€29), came to a very reasonable €85.