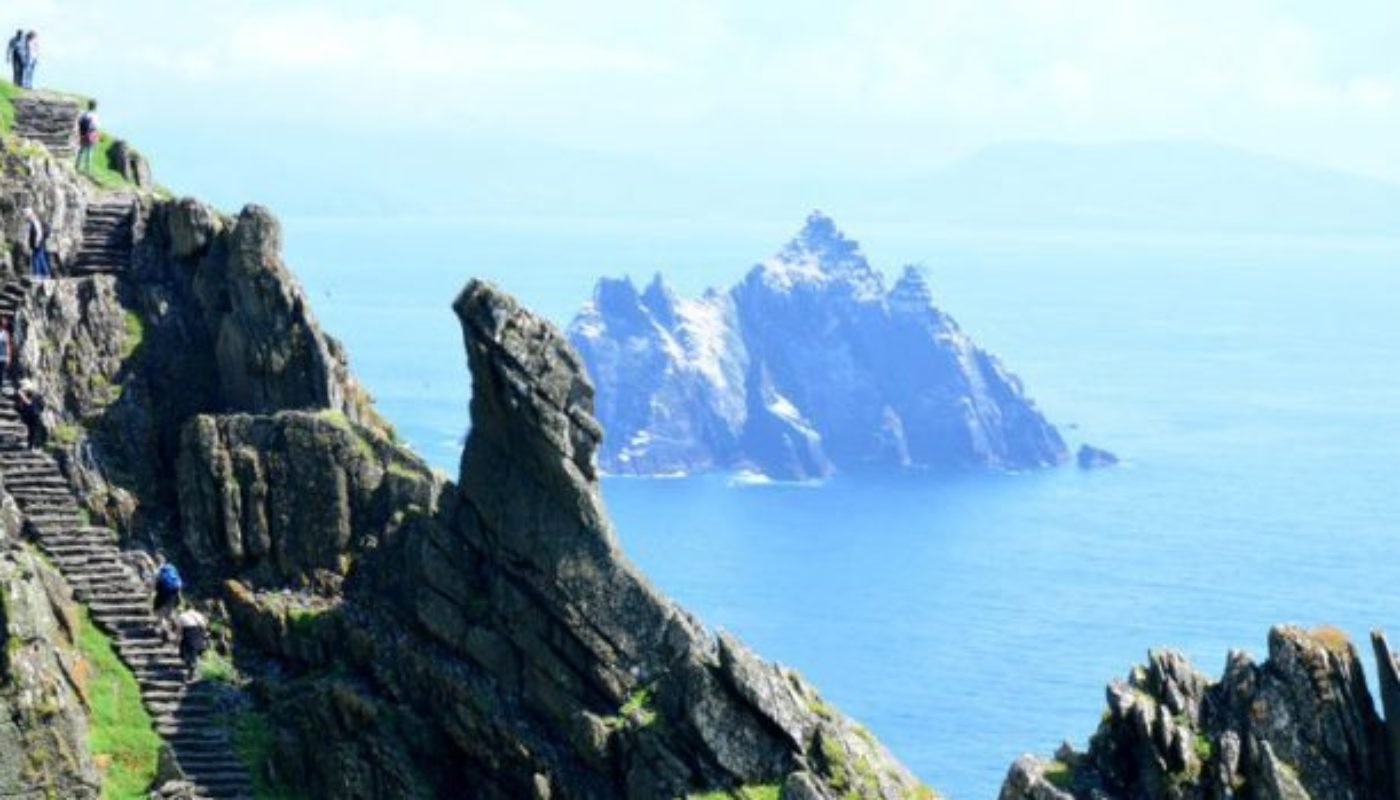 Home » Watch: The Kingdom Looks Beyond Majestic in the Latest Star Wars Teaser

Watch: The Kingdom Looks Beyond Majestic in the Latest Star Wars Teaser

We often say it would be a lovely little country if we could only roof it, but Ireland looks genuinely out of this world in a new behind-the-scenes teaser video for Star Wars: The Last Jedi, and audiences worldwide will be collectively gasping at the beauty of Skellig Michael in Co. Kerry.

The new teaser video was released over the weekend at Disney’s latest D3 convention in Anaheim, complete with action shots and outtakes, as well as some stunning footage of Ireland and our very own Wild Atlantic Way gems in Kerry and Donegal’s Malin Head.

Niall Gibbons, CEO of Tourism Ireland, said: “Star Wars: The Force Awakens broke box office records around the world in late 2015, bringing the magnificent scenery of Skellig Michael and the Wild Atlantic Way to the attention of millions of people everywhere.

“The fact that Episode VIII: The Last Jedi, due for release this December, was also shot on location along the Wild Atlantic Way is another fantastic coup for Irish tourism – and we’re absolutely delighted that Ireland features again in this behind-the-scenes teaser video of the eighth movie, released yesterday.

Tourism Ireland will launch a new Star Wars campaign in December, taking every opportunity to capitalise on the huge publicity around the film and whetting peoples’ appetites to come and visit the Wild Atlantic Way and Ireland,” he added.

Skellig Michael’s appearance in the last installment of Star Wars presented Tourism Ireland with a truly unique opportunity to highlight the Wild Atlantic Way to fans of the science fiction franchise around the world. And the good news for Irish tourism is that this didn’t signal the end of the Star Wars journey here. The director of Episode VIII: The Last Jedi, Rian Johnson, returned to Skellig Michael with his cast in September 2015, picking up the story from the iconic moment in Episode VII, when Rey found Luke Skywalker on the stony steps of Skellig Michael.

The location scouts were so taken with the Wild Atlantic Way that they came back for a second shoot in May 2016. Locations along the western seaboard (in counties Cork, Kerry, Clare and Donegal) were handpicked to represent the planet Ahch-to in Episode VIII. The next installment is due to hit the big screen on 15 December of this year, and we can’t wait to see the Kingdom’s most striking feature in all it’s glory.