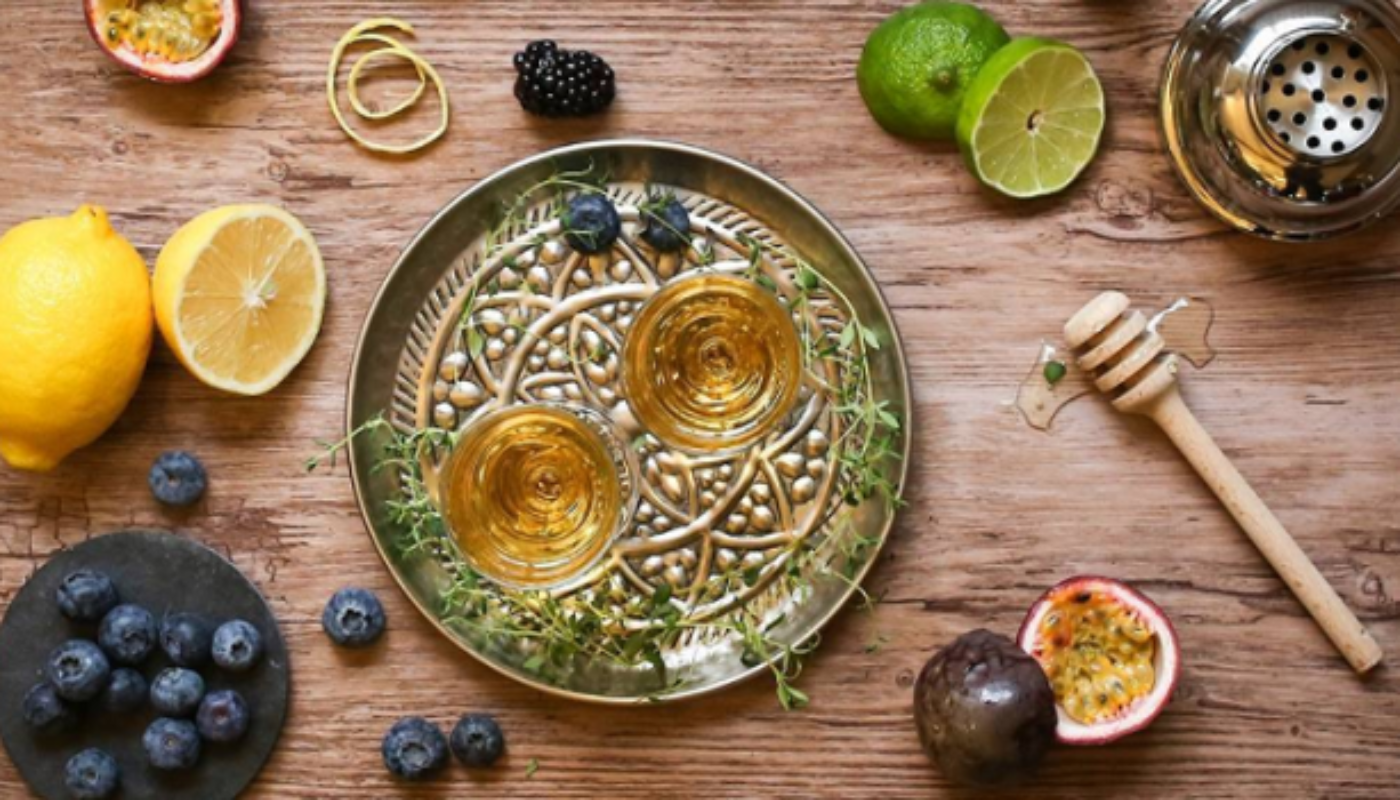 When the Vikings arrived in Ireland in the late eighth century, they brought with them a long and storied history of brewing. From dark roasted malts to sweet meads, they had been producing amazing alcoholic beverages for centuries. This latest Scandinavian invasion proves to have just as powerful an impact on the drinks scene in Ireland.

Much like whiskey is uisge beatha or water of life, so too is aquavit- literally from the Latin aqua vitae.  Produced since the 15th century, this medieval spirit is distilled from grain or potatoes and flavoured with a variety of spices, fruit oils or the like. The additions include anise, fennel, lemon or orange, though carraway is  generally the most common. It is usually drank straight, but also makes an excellent mixer in place of spirits like gin.

Different Scandinavian countries make it a bit differently. For example, in Norway it is typically aged for oak casks for about a year (though this can be for up to twelve) and it tends to become a yellowish colour, but this can vary. Whereas in Denmark or Sweden it is typically a clear spirit.

Another Norwegian tradition involves sending the aquavit to Australia and back! That’s right, called Linje Aquavits, they load up the aquavit in its oak barrels, put them on ships bound to Australia,  and then send them back again.  During this process it passes the equator, or linje, twice. It is believed that the constant shifting of the barrels due to the natural movement of the ships as well as the various temperatures encountered by travelling such a distance creates a better flavour and maturation process.

Available at the Celtic Whiskey Shop

This is a Norwegian option that ships the aquavit around the world to Australia.

It’s aged in Sherry barrels with notes of anise, caraway and hints of vanilla and oak.

Available at the Celtic Whiskey Shop

This is aquavit is a clear spirit with notes of aniseed, fennel and of course caraway.

I talked a bit about Scandinavian beer in my Christmas article, but I will give you a brief run down again here. Historically, Roger Protz has argued that pale malt was probably not used because malt was generally kilned over wood fires giving it a smoky character- though, perhaps due to the use of saunas for drying, paler malts could have been utilized.

Historians and archaeologists have also established that hops were used during the Viking period, though other herbs were also certainly available. Hops were absolutely in use during the Middle Ages, when Christopher of Bavaria, King of Denmark, Sweden and Norway from 1442-1448, decreed that all farmers should have at least forty poles with which to grow hops.

Scandinavian beer has been taking the Irish craft beer community by storm. Here are some fantastic brews to try, but get them while you can because many of these are available only in limited quantities:

This unfiltered and unfined beer is juicy and cloudy with loads of fruit: peach, grapefruit, citrus, pineapple, mango and more.

This beer is really well balanced with lovely hops notes from Azzaca, Mosaic and Simcoe hops.

The summer edition of their flagship beer, this unfiltered brew is loaded with Grapefruit peels and pink grapefruit juice.

These flavours from the grapefruit combined with the Chinnok, Citra and Amarillo hops make for an amazing brew perfect for the glorious sunny weather we have been having!

€4.59 – Available at Martins Off License

Clocking in at 7.1% this American Style IPA boasts strong hop flavours as a result of heavy dry hopping from Warrior, Simcoe and Centennial. Powerful notes of peach, grapefruit and citrus mingle with a lovely malt backbone making a fantastic drinkable beer.