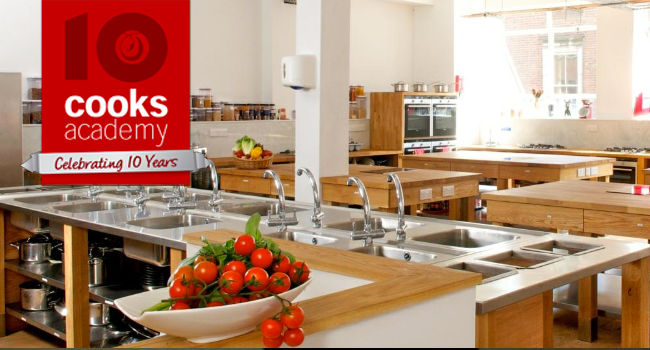 You may have noticed the term vegan cropping up on best selling cook book lists and becoming ubiquitous on restaurant menus. While health fads and trends have come and gone, this time vegan food appears to have serious stamina, going hand in hand with consumer’s insatiable demand for healthy options. However, its association with ‘superfood’ smoothies and salads that offer a holistic and wholesome option, but that can often leave a lingering ‘too healthy’ taste in your mouth, means that eating vegan can be a dutiful meal choice rather than a satiating one.

In steps James de Burca of renowned Dublin Vegetarian and Whole-food Restaurant Cornucopia. In partnership with Dublin’s leading cookery school Cooks Academy, centrally located in South William Street, James demonstrates just how easy it is to incorporate a plant based diet into your daily life with his course Vegan Cooking for Everybody. As James himself says, “it’s very easy to please vegans, it’s the non-vegans we aim to please“, and over the course of five evenings he wins over even the most staunch meat-eater with his signature healthy, wholesome and flavoursome recipes. 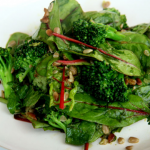 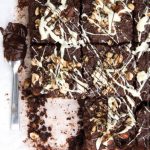 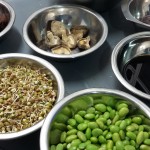 In the bright, modern, purpose-built surroundings of Cooks Academy the smells of James’ cooking, and his enthusiasm, float down from the demonstration kitchen, keeping attendees captivated and salivating in between tastings. Each week the chosen recipes follow a theme such as Beans and Legumes, Vegan Proteins and Dairy Alternatives. During the course we were introduced to delicious range of salads, sides, mains and sauces, and, for balance, we always finished on a sweet note with a decadent dessert. Allowing James to seamlessly work his way through his repertoire his sous chef Lily acted as nothing less than a kitchen fairy magicking up pre-chopped ingredients, and “here’s-one-I-made-before” dishes and absorbing dirty bowls, baking trays and whisks into the wings of the kitchen.

Far from being limited by a vegan diet, James shows you how versatile the diet can be, and anybody interested in food will be fascinated as James introduces you to new ingredients and takes you on a global culinary taste trail. In week two alone we sampled Indian street food, a hearty Italian lentil ragu and were introduced to the flavours of all-vegan American BBQ. While a plant based diet can be the key to improving your health, weight loss and achieving your fitness goals, James is not shy in using a liberal pinch of salt, a glug of wine, or even a touch of deep frying to bring out the natural flavours of vegetables, grains, legumes and pulses. With an overflowing, deep knowledge and love for quality ingredients and cooking, I would recommend bringing a pen to capture the gems of advice and additional recipes James spills as he works his way through the recipes. 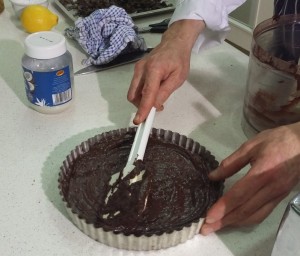 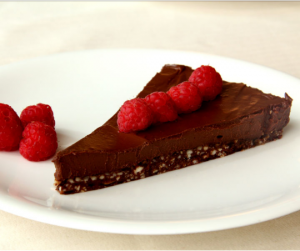 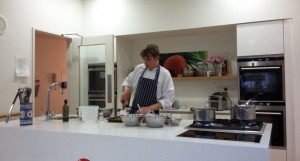 As neighbours, the partnership between Cornucopia and Cooks Academy was a natural one and has proved hugely popular, for example one course attendee travelled weekly from Belfast. Cornucopia, located just around the corner from Cooks Academy on Wicklow Street is a much loved staple in the Dublin dining scene. With a menu of delicious home-cooked vegetarian and vegan friendly breakfasts, lunches, dinners, snacks, juices, breads, cakes and desserts, Cornucopia attracts diners of all varieties into its comfortable casual dining area. Their partnership with Cooks Academy continues in the new year with another Vegan for Cooking for Everybody beginning on Monday 18th of January 2016 and James is due to host is a morning session called Introduction to Vegan Cooking on Wednesday 20th.