Far From Vanilla, This Local Hero is a Must Visit – The Vanilla Pod Kells Restaurant Review 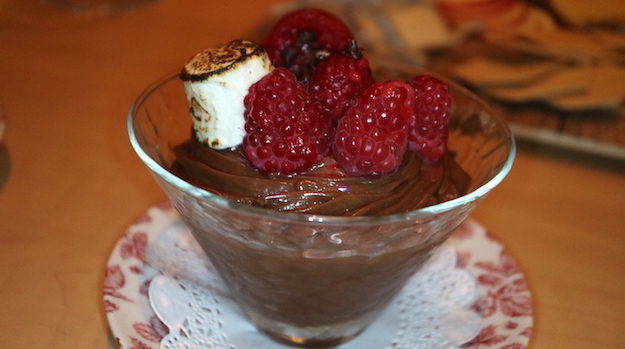 We often hear so much about the Wild Atlantic Way that it would be easy to forget the bountiful food treasures hidden along the East Coast, most notably the Boyne Valley.

For many years this part of the world was in some way neglected from a marketing perspective with Tourism Ireland focusing heavily on the opposite side of the country.

Olivia Duff’s food perspective is multi-faceted, having grown up on a farm and still running one, in addition to managing her awarding winning restaurant The Vanilla Pod in the family business the Headfort Arms Hotel alongside her brother Vincent. It was Olivia’s tireless efforts in highlighting the fabulous local produce of the Boyne Valley region that brought her venue to our attention.

Situated forty minutes from Dublin in the quaint village of Kells, you will find the little gem that is locally known as “The Pod” housed next to the Headfort Arms hotel.

Head Chef Andrew Power has been with the Duff’s for more than two years and was recently awarded RAI Best Chef in Meath. Out front was Manager Lareina Quigley who has been at the helm of the Pod’s success for more than eleven years, as were many of the staff I spoke to on the Thursday evening we dined there, a rarity in restaurants these days.

The menu reads like a Boyne Valley bible, filled with local provenance that many a restaurateur would be more than envious of. Kilronan Farm eggs, Keelings veg, Sheridan’s cheese and Tom Doherty’s pudding to name but a few. You can be the best chef in the world but unless you have the produce to back up your skills it’s a wasted talent. Byne it seems recognises this, we kicked off with some superb Tom Doherty Black Pudding & Apple Fritters (€8.95), a plate of pure indulgence, beautifully textured, paired with a simple sweet tomato jam. This was the kind of dish that leaves you craving more and was easily some of the finest black pudding we have sampled. Across the table a gluten free option of Boyne Valley Ban Goats Cheese Salad (€8.95), got the thumbs up from my dining companion, whom unlike many who request the sans gluten option happens to be actually coeliac.

Mains are a varied mix with a separate vegetarian menu available upon request, clearly the Duff family take allergy and lifestyle choices serious, it was hard to see how anyone would not be accommodated at The Vanilla Pod. We settled on one of the specials of the day – Pan Fried Turbot (€24.95), a meaty fillet almost overshadowed by its delicious neighbour, a Scotch egg filled with sweet white crab meat, a delightful variation on the usual offering of bland sausage meat. Throw in a potato fondant with a helping of beurre blanc sauce and you have the makings of a very tasty plate. Our second main may not have been as visually impressive but the Skeaghnore Duck (€24.95) trio of honey roast breast, confit of leg and a duck fritter made up for it in flavour. A hearty plate that appeared to be one of the most popular on the night we dined.

A little birdie told us that the Vanilla Pod had a very talented pastry chef by the name of Orlaith Murphy so dessert was a must. As you would expect in this next of the woods there are plenty of retro options like sticky toffee pudding, baked Alaska and Lemon tart. Our server on the night however told us that the Chocolate & Raspberry Mousse (€6.95) was utterly unmissable, for full disclosure it was the mention of popping candy that really sold us. Sometimes you just have to satisfy the inner child inside and boy did this do just that, topped off with some homemade marshmallows and fresh raspberries. Nostalgic, decadent and oozing with boldness all the ingredients for the perfect ending to a cracking dinner.

The Vanilla Pod is a no doubt a local hero, championing all the best the “Royal County” has to offer but it is also a destination restaurant well worth seeking out if you fancy a spin out of the big smoke.

What Olivia Duff has created here is something I would love to see more restaurants do – no sound bites of supporting local but instead showcasing it on your menu in every way possible.

Dinner for two including two glasses of wine came to €91.10