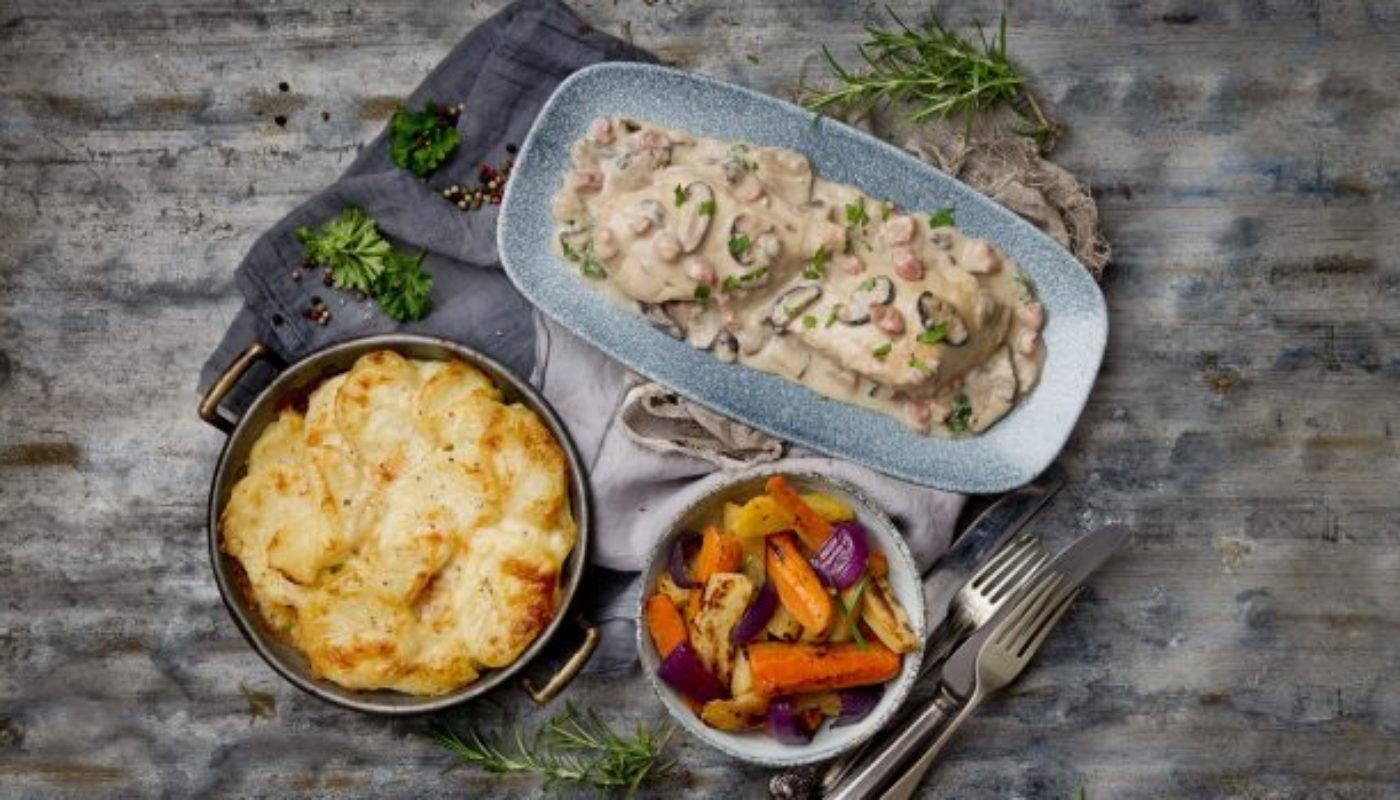 Home » Need to Impress in the Kitchen this Valentine’s Day? Here’s How You Can Fake it ‘Til You Make It

Need to Impress in the Kitchen this Valentine’s Day? Here’s How You Can Fake it ‘Til You Make It

The age old dilemma of where to wine and dine your beloved on Valentine’s Day is upon us once again, but you may be surprised to hear that this year, 61% of people favour staying in for a home-cooked feast than venturing out on the night, according to a survey carried out by SuperValu.

Whether it is the hiked prices or cheesy atmosphere, embracing your inner Kevin Dundon at home for the night avoids much of the cringe factor associated with Valentine’s dining. But what about those of us who simply can’t cook, won’t cook? If you’re far from a demon in the kitchen, you may fall into the 1 in 5 people who admitted to passing a ready meal off as their own when cooking for their significant other.38% even broke out their food styling skills to keep the rouse alive and fool their dinner guest!

Most of this seems to be Dublin-based deceit, with couples in the capital being outed as the most likely to twist the truth – 28% of the respondents admitted to telling little white lies by claiming they cooked the meals themselves from scratch.

Interestingly, the SuperValu survey also revealed that faking it doesn’t stop with the chef, with 49% of us admitting that we would lie to our loved one to spare their feelings if they served up something less than tasty, with 4% getting creative and saying they are allergic to an ingredient. But not everyone is as sensitive to the chef’s feelings, 42% say they would be brutally honest, with those from Ulster being the most likely to fess up (57%).

This year, serving up a romantic V-Day dinner couldn’t be easier with the perfect SuperValu Signature Tastes meal deal for two, which just so happens to be incredible value too. Even if you don’t have the option to dial Dundon, you can pull off the perfect Valentine’s dinner for your beloved and win major brownie points in the process.

The best part? Along with having a tasty meal, you can do good at the same time as €1 from each meal deal sold will be donated to Simon Community.

Check out your local SuperValu store or www.supervalu.ie for the perfect Valentine’s Day meal deal – Buy One Main, two sides and a bottle of wine all for €15.