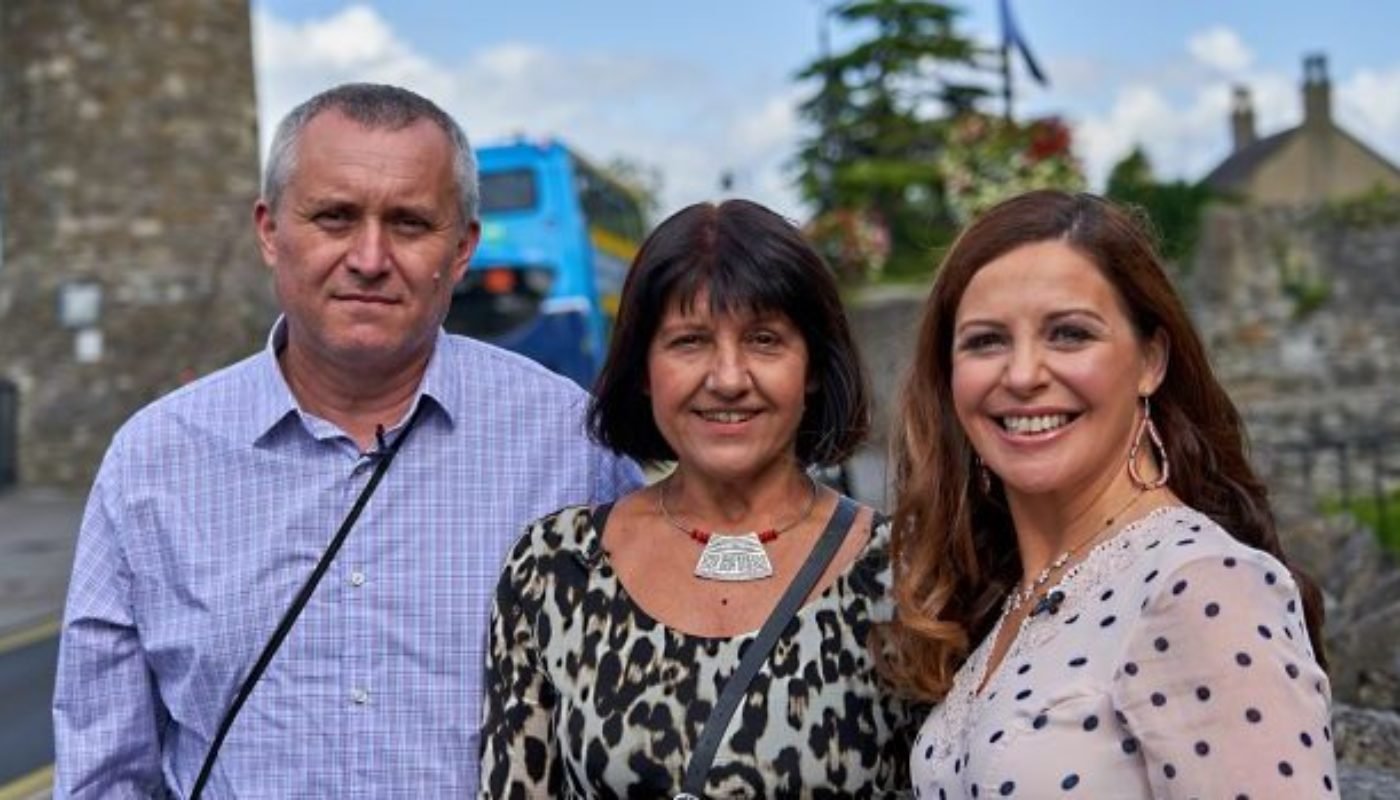 Home » Tune in to RTE One at 7.30pm Tonight to see Catherine Fulvio Cooking up a Storm On Tastes Like Home with Clondalkin Residents

Tune in to RTE One at 7.30pm Tonight to see Catherine Fulvio Cooking up a Storm On Tastes Like Home with Clondalkin Residents

Ljiljana and Dalibor Matkovic from Osijek, Croatia are one of twelve contestants to feature in the returning popular RTE ONE series, Taste Like Home, with Catherine Fulvio, and sponsored by Londis.

Ljiljana (Lili) and Dalibor Matkovic from Osijek, Croatia but now living in Clondalkin, Dublin hit the spotlight in episode five of the fourth series, which is due to air on RTE ONE at 19:30pm on 2nd December. The show opens with Lili asking Catherine to meet her sister in law Zeljka Glavas who is married to her brother ‘Pipi’ and still living in her hometown of Osijek, in Croatia. Zeljka has agreed to teach Catherine to cook an iconic Croatian dish “Sarma” which is the taste of Croatia they miss the most.

Zeljka Glavas said “I make my own sour cabbage and put three types of minced meat and same as in the next dish, domestic ground paprika which gives this dish, and every other, a really special flavour we all like.”

On this show, Catherine gets a guided tour of Old Town of Tvrđa and the Old City Walls and finds out about the history behind the Old City Walls. She visits a Regional Wine Cellar in the Old Town and tastes wine from the Danube region made by wine producers from Osijek, and listen to some traditional music played on a mandolin like instrument “tamburica”, a typical traditional instrument in eastern Croatia.

Slavonia was always known as the golden land thanks to the golden fields of wheat, and all their mills used to float on the River Drava, Catherine visits a replica of these now extinct 19th century, water mills to see how they used to ground the corn and will be served corn-bread and bread-spread made from “pig-fat”, Catherine has a go at grinding her own corn to make flour for the bread. Zeljka takes Catherine to her local green market so they can shop for the ingredients for the Sarma (Stuffed cabbage) dish she is teaching Catherine how to make. Catherine takes the Kompa (Cable Ferry) across the the Drava River, which flows through the City of Osijek.

Catherine visits two local restaurants to taste local dishes from theSlavonia and Baranja, regions of Croatian. Restaurant Galija is a boat floating on the River Drava and restaurant Didin Konak which is located in the Village of Kopačevo next-door to the Kopački Rit, one of the largest and best preserved intact wetlands in Europe, dishes tasted include Smudj a river fish ( pike/perch), Kulen Sausage, Catfish pörkölt, and a fish-paprikash, for dessert a Krempita (Osijek’s Cream-pie).

Catherine travels back to Ireland, where she hopes she can recreate Zeljka’s unusual cabbage dish ‘Sarma’, so Ljiljana (Lili) can have something that ‘tastes like home” to share with her new Irish friends. Lili and Dalibor Matkovic meet Catherine at Clondalkin Round Tower to see how they are enjoying life in Ireland. Lili came to Ireland in 2001 to learn English and was totally shocked one day when she walked out of class to discover her hometown sweetheart Dalibor waiting for her. He swiftly dropped to one knee in Grafton street and proposed. After Lili and Dalibor married, she followed her dream of becoming a writer and has written over a 100 stories for a Croatian magazine and three novels, one of which will also be published shortly in English.

Ljiljana MatKovic said of her experience, “Fragrances are what remain forever in my memories. Like a magician, Catherine brought the scents of Croatia and my home to Dublin. I thought I was dreaming and then, with the taste and aroma of sarma, with a wonderful team that recorded everything, I realised this is the moment when dreams come true. Priceless!”

“Most of us are familiar with Dubrovnik and the coast of Croatia but this episode will bring you inland to experience the river Drava where Osijek sits on the side of this magnificent river and provides a focal point where people fish, walk, sunbathe and even mill their own grain.  We got to sample what I felt was real Croatian country life, from visiting the vibrant local market to tasting local wines and from enjoying fish dishes on a river boat restaurant to trying all things paprika!” said Catherine Fulvio