Tullamore D.E.W. Celebrates One Year Anniversary of the Tullamore Distillery 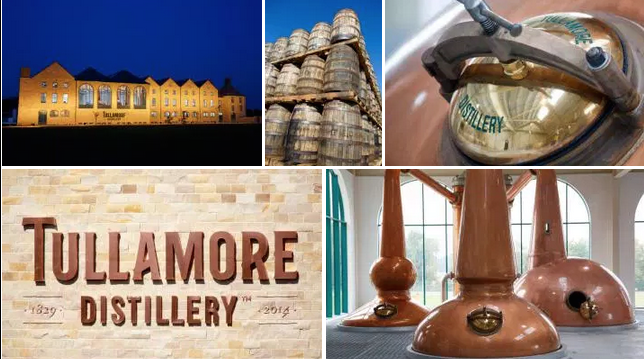 William Grant & Sons Ltd., the independent, family-owned distiller and owner of Tullamore D.E.W. Irish Whiskey, is celebrating the laying down of over 20,000 casks just in time for the one-year anniversary of the opening of the distillery, which is set to open its doors to visitors this autumn.

Booking through the current Visitor Centre in Burgh Quay, the ‘Ultimate Distillery Experience’ will give whiskey enthusiasts the chance to go behind the scenes with the Tullamore Distillery Ambassador, explore the state-of-the-art production process from Still House to Warehouse, and even create their own unique blend of whiskey in the Blending Room.

The Tullamore Distillery is the first new distillery to be constructed on a greenfield site in Ireland in over 100 years and is one of the most significant investments to date in the resurgent Irish whiskey sector. The challenging feat of building a state-of-the-art distillery on the wetlands of Tullamore was executed by a team of distillery engineers and construction workers under the leadership of William Grant & Sons’ Head Engineer, John Stevenson. Located on a 58-acre site in Clonminch on the outskirts of Tullamore, the Distillery draws on the finest natural spring water from the Slieve Bloom Mountains for the production of Tullamore D.E.W. whiskey.

“The opening of the Tullamore Distillery saw the return to Tullamore of a traditional craft passed down through generations of the Williams family and today we raise a glass to the next exciting chapter in our future. Offaly’s biggest export is available in 67 countries worldwide, making it the second biggest Irish whiskey, with over 300 million glasses raised in the last year.“

Check out the Distillery tour video below :