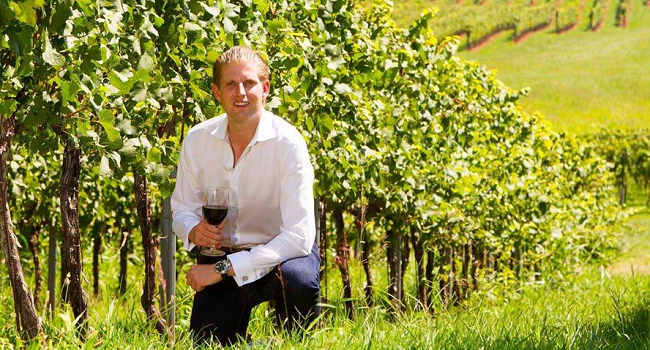 According to official records, Trump Winery, owned by Donald Trump’s son Eric and located in Virginia, US, has applied for temporary work visas to bring in foreign workers to help in the vineyards.

A form with the Job Order Record is available to the public on the website of the US Department of Labour, and it reads that workers need no minimum education nor training to qualify for the position. The request is for H-2A visas, which allows farmers to work temporarily in the US without being classed as immigrants.

Donald Trump bought the estate in 2011 but he’s not currently involved directly in the running of the winery, which is managed by Eric Trump, his son. Trump senior promoted the winery while running for the presidency but he has refrained from mentioning it after the election so far.

Some consumers in the US have called for a boycot of the winery and other products related to Trump. Given the president’s stand on immigration and his promise to create jobs for American citizens, the irony of the news about his son’s winery hiring foreign unskilled labour hasn’t gone unnoticed. However, this is a common practice in American wineries, specially around harvest season.