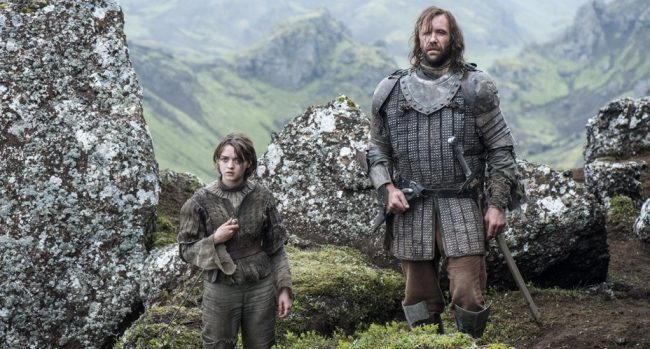 Tourism Ireland’s Game of Thrones campaign has bagged another award – this time for ‘Best Use of Social Media’, at the annual Travel Marketing Awards, which took place recently in London.

Beating off stiff competition from Thomson Holidays, Cruise.co.uk and Turismo de Canarias to claim the title, the award was presented to representatives of Tourism Ireland at the ninth Travel Marketing Awards, one of the most prestigious events in the travel and tourism marketing calendar in Britain. The campaign was also shortlisted in the ‘International Campaign of the Year’ category.

Tourism Ireland’s 2016 ‘Doors of Thrones’ campaign to attract visitors to Northern Ireland reached an estimated 126 million people around the world, with the campaign’s short films being viewed 17 million times – generating coverage worth about £13.5 million. To date, the campaign has racked up over 20 awards and accolades from the marketing and advertising industry across Europe.

Brian Twomey, Tourism Ireland’s Head of Marketing Communications, said: “We are delighted that our ‘Doors of Thrones’ campaign has been recognised at The Travel Marketing Awards. We were really pleased to continue our partnership with HBO last year, to highlight Northern Ireland and its beautiful landscape – through the exciting events of Game of Thrones – on the global stage. Our aim was to reach out to the show’s global fanbase, spiking their curiosity about the landscapes and locations featured in the series and inspiring them to come and explore them for themselves.”

This summer, Tourism Ireland will join forces once again with HBO, with a brand new and exciting Game of Thrones campaign to promote Northern Ireland around the world, timed to coincide with the seventh season of the hit drama TV series which is set to premiere in mid-July.