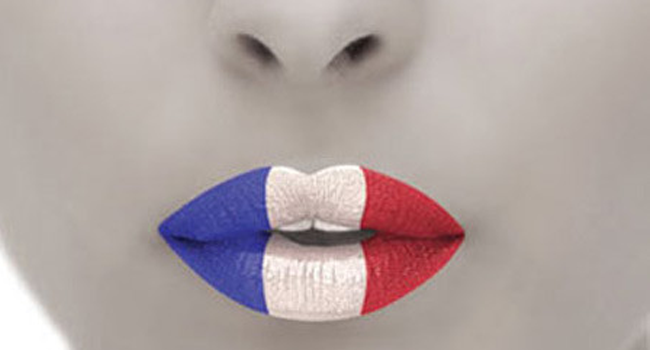 Recently Business France on behalf of the French Embassy held a tasting to showcase some great wines that are currently not available in Ireland, this is an annual event to aid french wineries and importers to connect. They have always managed to bring over some great winemakers, last year the highlights for me were champagne this year there were many more and some with great stories. 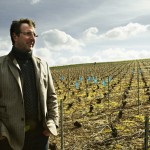 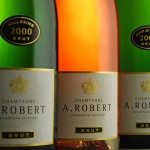 One of the first wines we tasted was grower champagnes and they showed great elegance yet still retained some delicacy, each champagne even more beautiful than the last. This champagne house in Vallée de la Marne is family owned since 1722. Over the generations the first born child has always had their name start with the letter A. Why?, well so they never have to change the name of the champagne A.Robert. As we were tasting we found out that the Arnaud was showing his wines with his wife Elaine, a woman with beautiful white skin and striking red hair. She is Irish all the way from Inistioge in County Kilkenny now living in the beautiful champagne region of France where she and Arnaud have passed on the family’s tradition and named their little girl born last year Audrey Giving their champagne an Irish twist. 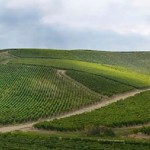 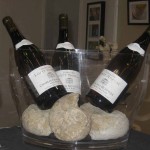 From there we moved over to check out Burgundy where we met Frédérique Chamoy representing Domaine Louis Moreau. They have  some of the most sought after parcels in the monopoles in Chablis. This year they celebrate two centuries living in Chablis so I was looking forward to seeing if they could express the regions minerality and purity in their wines after all that time. So Frédérique took us on a mini Chablis journey from their AOC to their Grand Cru’s, each was more special then the last. They displayed the coveted Chablis traits but with finesse and style. It was a true Chablis so we were really impressed with their elegance. 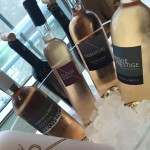 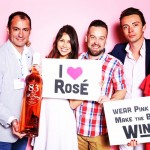 Following the chablis there was a touch of apprehension about whether the next table would show as well. They did, I popped over to a Château de Brigue from Provence and met Olivier Brun a third generation  winemaker. From the moment I met him he was all about Rose. What is exciting about rosé? Well loving it some much that you create something with body  and style as well as developing it further. His wines had depth and flavour so you could drink them anytime and according to Olivier they can age. What was most unusual was he was also showing an oaked rosé, maddness, it could be but with his wine it worked beautifully. 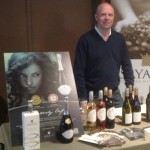 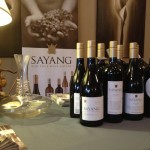 Next we met Bruno and we are not too sure but we may have married one of his wines. Bruno was a character and very charming, he was no ordinary wine Director/blender he is a man with passion. Although he only started in 2012 he has put thought into every facet from branding to the wine itself. He does have a winemaker but the final blends are created by Bruno. Sayany, for true wine lovers, derives its name from the Malaysian word for dear, darling, love and care. The wines were elegant and well made or as Bruno says “Yummy Wines”. His campaign for valentines was cute with images of the wine taking you from – ‘When one Sayang meets another….. to It takes two to Sayang….. to Yes I do…..’ hence my first comment.

How to follow on from Bruno and his wines, by popping to Bordeaux to meet Frédéric from Château de la Vieille Chapelle. Certified organic Frédéric and his wife Fabienne run this winery next to the Dordogne river. They also have an old chapel in their vineyards where they have many guests from around the world stay, not surprising after he told me they make you breakfast cook you a feast for dinner to match their wines, which after tasting I can recommend or they soft yet structured body. I did taste his ‘real wine’ which was delicious and well made. A surprise wine as Bordeaux isn’t known for their real wines nor are they known for making beautifully oaked 100% semillion which was very memorable. 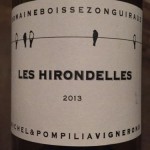 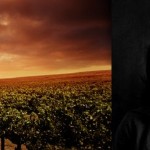 After a little cheese I met Adina, a dental nurse living in Drumcondra, who introduced me to her cousin Pompilla Guiraud. A cousin with a vineyard, nice. Domaine Guiraud Boissezon a fifth generation winery with its vineyards spread over two villages. They benefit from having a mediterrian climate which gave their wines refined punch. Each wine was well made retained freshness and had plenty to sing about. So much so I had to call a friend over to try. I really enjoyed their wines especially Sans Pareil IGP Herault 2013, so I wonder now if Adina needs a new best friend. 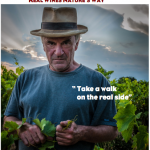 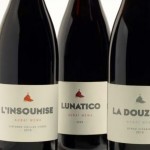 My final stop before my palate disappeared was at Domaine Aubai Mema owned and run by Mark Haynes, an english man with a french mother. He spent most of his summers in France where the family made ‘plonk’ as he says. Mark only became a winemaker in 2002 after a long business career in the UK. He owned a house in Aubai since 19890 and after getting to know the area well he eventually bought ten hectares of vineyards in the Liverna valley, to make real wines natures way. He is a man with ambition but an ambition to make wine his way, wine he wants to drink and this has worked for him as his wines are excellent. 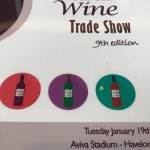 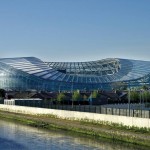 There was over two hundred and fifty wines in the room, we did do our best to taste as many as possible sadly we didn’t reach as many as we’d have like but those above were some of the best in the room and deserved a mention. Hopefully we will see them in Ireland soon if not watch out France here we come.

This Tasting was held by Business France in the Aviva Stadium.

Suzi is passionate about wine, beer and whiskey too, not forgetting a love of food and travel. She has been a part of this industry for a little over 10 years. She has worked on level 4 in WSET during this time and regularly hosts tastings and staff training in these sectors. She has recently started a blog on all wine, beer and spirit related beverages. You can follow her blog at suzisgrapecrush or follow Suzi on Twitter.