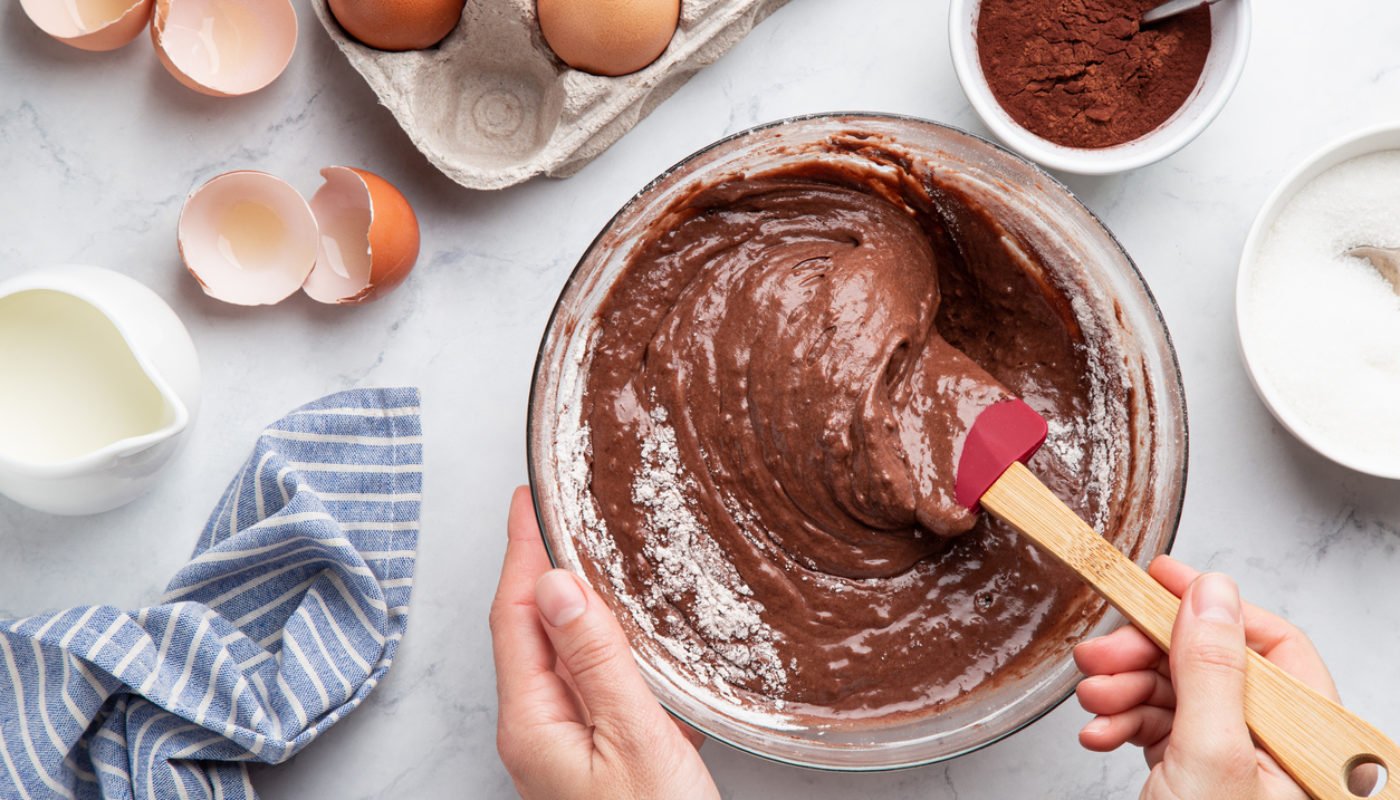 Bake Off is back! The Great British Bake Off returned to our screens last week, signalling a true end to the summer. A new bunch of bakers entered the tent to keep us all entertained for the next 10 weeks. After 13 series, experts are always asking why it’s such a successful show but I think it’s just so wholesome!

It’s true escapism for an hour from the madness of the world, it’s a warm and fuzzy show with none of the theatrics of the typical reality shows on our screens. A recipe for success indeed.

I can’t believe it’s four years since I was on Bake Off, looking back it was such a surreal experience but one I’d do again in a heart beat. I don’t think it’s any secret at this stage but 10 weeks in advance of the show we are all given a new theme each week and we have to prepare recipes for our signature and show stopper – the technical obviously remains completely secret until you’re in the tent!

So that you can become a ‘Star Baker’, I thought I’d share my top 10 baking tips with you! These will ensure a foolproof bake every time, you can don the apron and impress the fam and friends at the next get together.  I’ve included a recipe for a really simple apple and cinnamon slab cake with salted caramel frosting for you to try out so get set, and BAKE!

1. Before baking, have your eggs and butter at room temperature and preheat your oven!! This will ensure an even rise in your cake/muffins. If you forget about the butter, you can blast it in the microwave for 5-10 seconds but don’t let it get too soft.

2. Weigh your ingredients! Don’t use cup measurements or guesstimate. Baking is a science and relies on chemical interactions between ingredients. You need the right quantities for the ingredients to work in harmony and get the perfect bake.

3. When baking cakes or muffins, cup cakes etc and the recipe calls for you to cream your butter and sugar together. Do it. Don’t skimp on this stage. Do it for longer than you think you’ll need to. This ensures the sugar is evenly distributed in the butter and it also incorporates air into the butter leaving a light, airy and finely crumbed cake.

4. Invest in an electric mixer. It doesn’t need to be a huge, expensive one but having an electric mixer will make baking so much easier. Electric mixers give better results for meringues, egg less cakes and bread so it’s something I’d recommend having in your repertoire.

5. Use real butter. Yes it’s more expensive than margarine or ‘baking butter’ but I assure you the results will be worth it. Baking is a luxury, a treat, and so invest in the best butter you can find!

6. If a recipe calls for full fat cream cheese or double cream, use them. Don’t try and use lower fat substitutes. They won’t work. The composition of the lower fat ingredients is different than full fat and will result in a failed bake

7. Talking of failure… don’t be afraid to fail. It’s part of the process. Don’t be afraid to experiment and don’t be too disheartened when something doesn’t go according to plan! The number of times I’ve had bakes for wrong, but they’re still edible. Just maybe not what you’d planned!

8. If you’re going to making anything sugar related, think jams, Swiss/ Italian meringue buttercream, caramel, macarons etc, invest in a digital thermometer. Remember what I said about baking being a science? Well sugar in particular has its own set of properties and she’s fickle. Use the digital thermometer. Take the guess work out of it and save yourself a lot of hassle in the long run.

9. Use the right size of tin. This has all to do with the heat distribution during the bake and if it’s not right, your cakes will be flat/sink in the middle/overspill/burn/undercook. The options are endless.

10. Write on your cookbooks! Recipes are there as a guide but how a recipe works will be specific to your environment, your kitchen and your oven. If you found something worked well or didn’t, write it down for the next time. Also, it’s a great family heirloom to come across handwritten notes from a loved one who used the book before you. One of my greatest treasures is an old cook book my mum has scribbled notes on, and the pages are stained with butter and treacle! Embrace the mess.

Now for the fun part, this is the perfect recipe for the autumn season although I do have to confess this is one I bake all year round it’s that good! Nothing replaces the smell of cinnamon and apples baking in the kitchen. Especially when you come in from the cold and the heat of the kitchen hits you in the face, laced with the aroma and sweetness of this classic combo! You can find more of my recipes on theramblingbaker.com or my Instagram @imelda__rose (with two underscores).

For the crunchy top:

If you’re looking for a cheat’s version, Aldi do a great salted caramel icing. If you want to make your own you’ll need:

ARTICLE AND RECIPE BY IMELDA ROSE