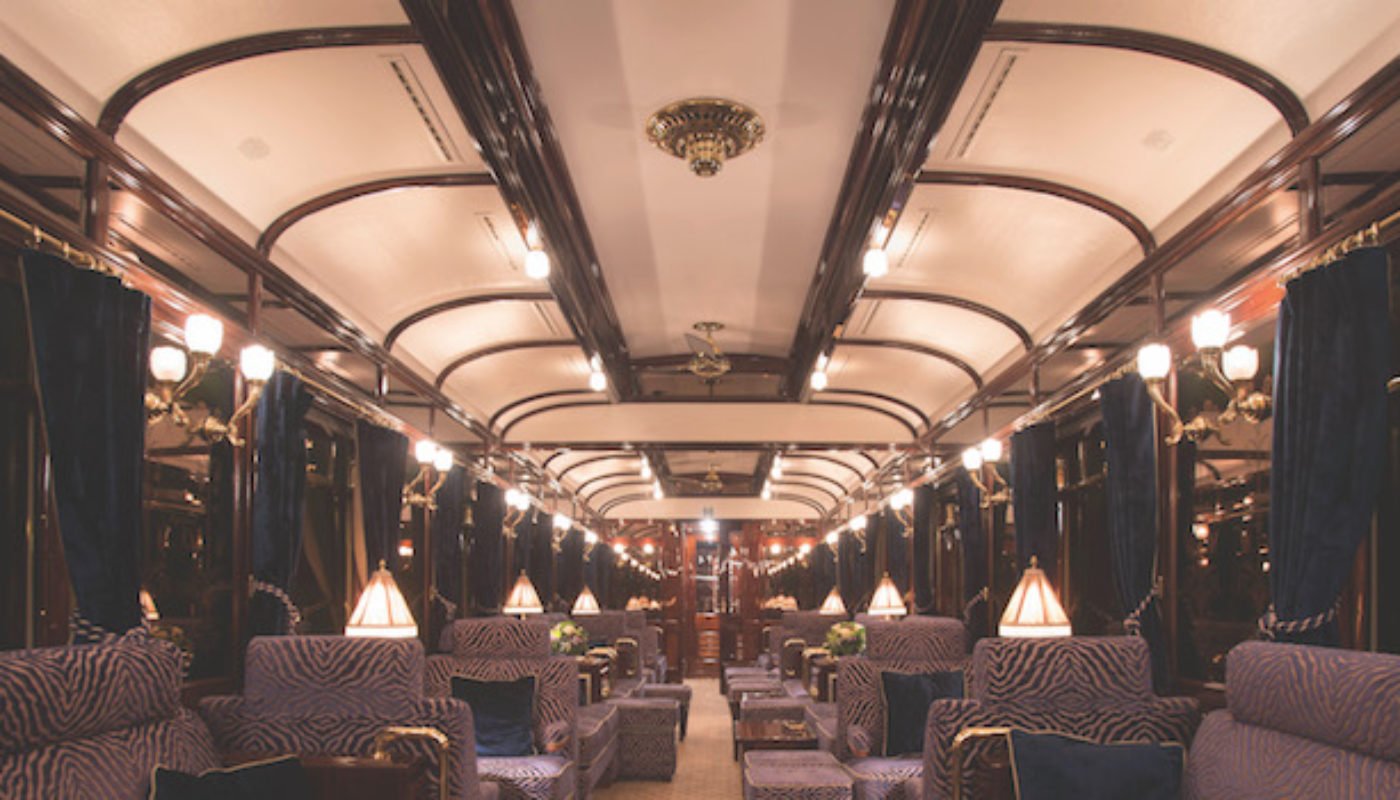 Anyone fancy five-star hotel treatment on fast wheels? For starters, roaming this way is a nod to the benefits of ‘slow’ travel, which takes the intensity and frantic nature out of getting from one place to another. Once you locate your cabin and stow your luggage, you can truly relax into your holiday, see sights you have never previously viewed, and then dress up smartly for dinner. One day after the next. Sounds tempting? All aboard! The Orient Express, whose rich history has lent itself to the plots of many novels and films, which passing through Vienna, Budapest and Varna reached Istanbuls Sirkeci Terminal in Turkey on September 5, 2012. After staying in Istanbul for two days the train departed on September 7, 2012 passed Bucharest, Budapest and Vienna. The train which has eight sleeping coaches, two saloon cars, one bar car, three restaurant cars and one service car has rested at Istanbul Sirkeci Terminal since 1998 every year.[/caption]

Let’s begin with, quite likely, the best-known train journey of all. This one has been written about so extensively it has become the signature byword for luxury. We won’t frighten you with the cost (Google at your peril!), but suffice to say that as you travel leisurely between London and Venice, and once per year to Istanbul, you will experience a kind of travel-oriented (see what we did there?) richness like never before. Silver service dining and food is Michelin-standard across three supremely classy dining cars: L’Etoile du Nord, L’Oriental, and Côte d’Azur. All those miles, all that extravagance. Can you wait? Thought not. Once used by various members of the British royal family and their extended entourage on their annual trips from Calais to the South of France, this luxury train – pitched as being the most spacious in the world – sets off from Seville for the seven-day return journey, taking in the beautiful small cities of Jerez, Granada and Cordoba as well as Seville itself. The splendid train features seven deluxe sleeping cars (several of which are of original 1920s vintage), and separate bar/games cars. Inevitably, lunches and dinners are accompanied by wines of the Andalucian regions and countryside you’re travelling through and stopping at. Australia is a big, big place, and if you want to travel from top (Darwin) to bottom (Adelaide) in comfort and in style, then this is the way to do it. Those in search for a top-quality culinary experience can pay for the Platinum Service, which offers all-inclusive access to the Platinum Club, and handy add-ons such as in-cabin breakfasts and drinks (possibly at the time, if you’re so inclined). Named after the Afghan Express (which distributed supplies to many towns unreachable by road), this trip presents a truly spectacular way to see the country. And if you go the Platinum route (there are other options), you’ll enjoy a dining experience to remember for the rest of your life. Taking the slow-ish train from Cusco, in the Peruvian Andes, to Machu Picchu, the Incan citadel located high up in the Andes, this is a truly awe-inspiring rail journey that words can do little justice to. For such a journey, it seems fitting there is an open-air observation area, which is where most people gather to gaze in wonder at the countryside passing by. With a glass of Peruvian wine in one hand, a camera in the other, and the unfolding sights of the Sacred Valley – all of which nestle alongside the hurried movement of the Urubamba River – you can be safe in the knowledge that this really is an experience of a lifetime. The Royal Scotsman train journey takes you on a round trip from Edinburgh into the breathtaking Western Highlands and back again. It begins with a sociable champagne reception and then sublimely drifts into nothing less than a five-star affair. While the sights that pass by constitute some of the best in Europe (is there anything better than wild Scottish countryside?), the memories of the food will linger just as long. There are two dining carriages, each with centrally located tables that seat 16. You can expect the very best of regional Scottish produce, from freshly caught smoked salmon to Aberdeen Angus beef. Breakfast? Why, whisky porridge, of course.

THE EASTERN AND ORIENTAL EXPRESS Not to be outshone by its European counterpart, this is for those that want to travel far and sample the best. Unusually for luxury train journeys, there are a few itineraries you can select. The most popular, however (and for obvious reasons) is the Bangkok to Singapore route, which takes you, snake-like, through the South-East Asian countryside while stopping off at Kuala Lumpur, Penang, and the famous Bridge over the River Kwai. The two dining cars are stunning – think Art Deco design and classic Hollywood – while the cuisine is superb. Not too fond of Asian food? Don’t worry – European fare is also served. With its own dedicated departure lounge at Cape Town station, this train journey is five stars with knobs on. It is different from other journeys in that the train itself is quite contemporary (although the livery retains its original 1930s signature blue colour, the train itself was refitted and re-launched in the late 1990s), so you have modern carriages with very large windows. Cabins, however, gleam with vintage design, while the Luxury Suites include a bathtub. Unsurprisingly, the luxury dining car is gorgeous and comes with well prepared, instinctively cooked and professionally presented food. Dinner, especially (for which there is an onboard dress code), is an event in itself. The world’s longest railway is the Trans Siberian, and this unique journey takes you through Russia and China, linking Moscow in the west with Vladivostok in the east. From there, travellers join the Trans Mongolian Railway at Ulan Ude, and journey onwards through the immense, shimmering Gobi desert to Peking. Three dining cars offer a wide range of Russian, Chinese and Mongolian food, some of which might be unfamiliar to many people. For all of that, this is a most enlightening travel experience, full of sights many will never have seen before. Forget about Japan’s infamous bullet trains – the country’s most luxurious train journey is also its slowest. Launched about two years ago, the semi-futuristic Train Suite Shiki-Shima is also the most recent addition to the world’s great on-track trips. The train travels north from Tokyo through the regions of Kanto, Tohoku, and Hokkaido, carrying customers in suites (17 in total) that conjure up conventional Japanese visual design. Observation cars are located at each end of the train, while some of the suites have – believe it or not – glass fireplaces. Meanwhile, over in Canada, we have the aptly named Canadian train journey, which takes you from Vancouver to Toronto all the way through the Rocky Mountains. The train is something else – a 1950s bullet train that’s as shiny and lustrous as you can imagine. As you wake up in your wider than usual bed and peek out the window at the gob-smacking snow-capped Rockies, you can be very safe in the knowledge that breakfast (eggs, crispy bacon, smoked salmon, pancakes, home fries, muffins, croissants and rivulets of maple syrup) is going to be your first amazing meal of the day.