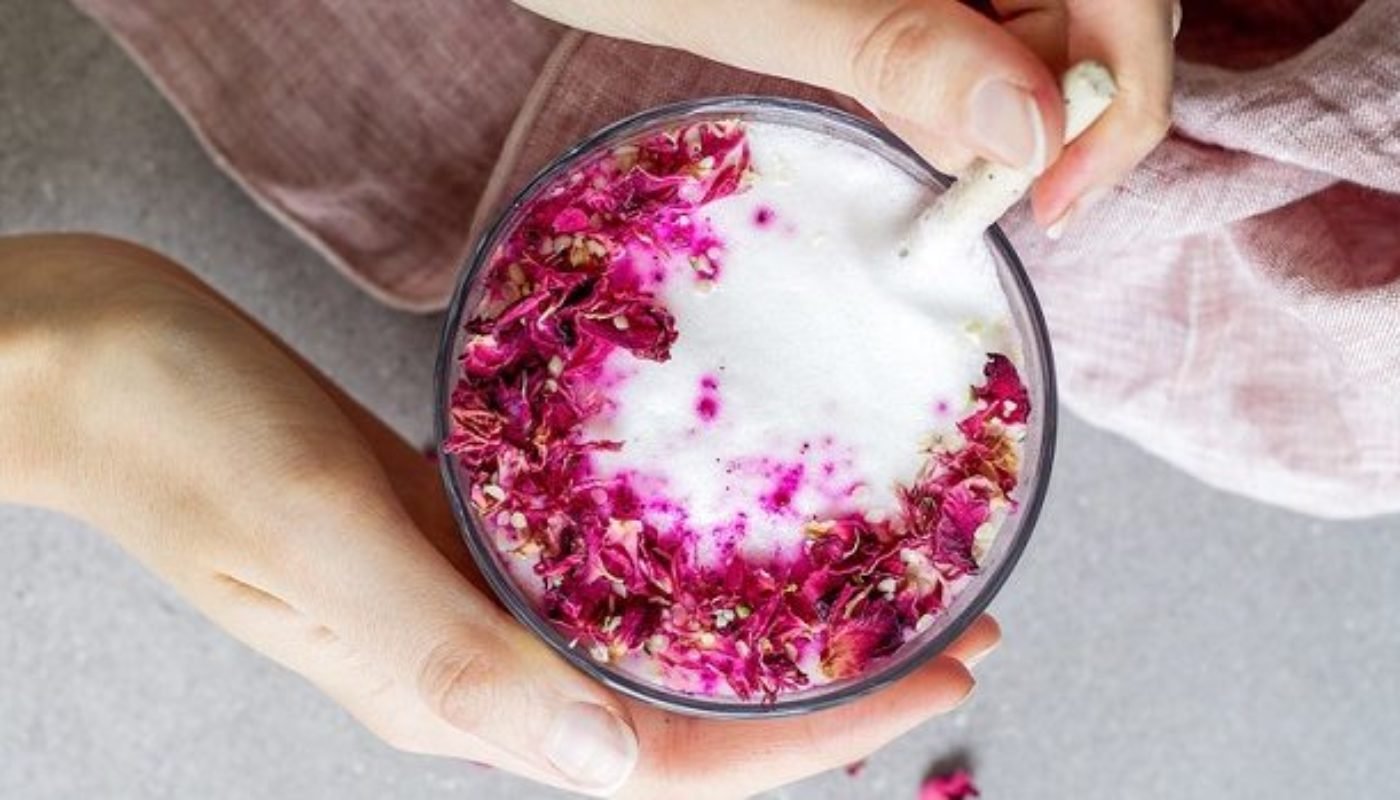 It’s that time of year again, when the predictions for what food trends will be dominating our Instagram feeds, the pages of the future best-selling cookbooks, supermarket aisles, and the menus of finger-on-the-pulse eateries in the coming year start rolling in.

These days food trends very often have a healthful slant. It seems no segment of the foodie population gravitates to alternative flavours and exciting innovations more so than the health conscious, and there are plenty of savvy marketeers out there who are happy to satisfy their hunger and thirst for all things new and novel.

While avocado still ruled (can you imagine a brunch menu without it?), and we’re still nuts for all things coconut, last year saw the rise of the ketogenic diet, mushroom powders, and Instagrammable, #anitinflammatory, turmeric lattes – all of which we included in 2017’s trends predictions.

While these three trends will become even more popular in the New Year, there’s a new crop of foods vying for our attention.

From floral flavours to broccoli stem slaw, read on for our predictions the top ten food trends that will be in Vogue, or rather on TheTaste, in 2018. While the ancient practice of fermentation is definitely not ‘new’, in recent years good gut health has been heralded as the remedy for many of the ailments caused by modern diets. If you’re already sipping on kombucha and having a spoonful of sauerkraut with every meal keep it up. In 2018 we can expect to see fermented beverages like kombucha and kefir become more mainstream, M&S are launching a milk kefir drink mixed with Morello Cherry, and we’ll get more familiar with the Hadza diet, that of the Hadza people in Tanzania who eat only what they find in the wild. We’ve learned from them that upping our intake of fiber might be the cure to our highly processed Western diet. Forget ordering flat whites, all the cool kids will be drinking tea in 2018. Another ancient beverage that’s seen a spike in popularity, with so many varieties to try people are beginning to think of tea with the same reverence as coffee. Sales of herbal tea and green tea continue to rise, as do the numbers of tea ‘bars’ globally, and you can head to Wall & Keogh on Dublin’s Richmond Street for your fix of unusual blends. Don’t disregard your bog standard black tea bags though, a recent study found black tea is as effective for boosting weight loss as green tea. Tea flavours have also been embraced in cocktail culture, and last year Blackwater distillery created Barry’s Tea Gin, a gin with a Barry’s Tea Classic Blend. Adaptogenic powders like matcha, turmeric, spirulina, and maca root are now bordering on mainstream – all of which can now be found in most supermarkets, including Aldi who have own brand versions of the latter two. Now, moringa, a tree that grows south of the equator, has been touted as an even more powerful inflammation fighter than turmeric. All edible parts of the tree have been used for various ailments in the indigenous medicine of South Asia for hundreds of years, and the leaves alone have twice the protein of spinach and three times as much iron. Fortunately, it has a likable taste, and you can find it in powder form in health food shops to power up your soups and smoothies. Long overshadowed by fruit flavours in this part of the world, in 2018 we can expect to see flowers being used to flavour unconventional food and drink products, expect to see lavender lattés and rose-flavored everything. In supermarkets, Alpro recently launched an apricot and orange blossom soy yoghurt in Germany, and last year Rowntree’s brought out fruit and floral infusions, such as apple and elderflower pastilles. While flowers and petals have been go-to dish decor for chefs for years and now flora will be making appearance in our homes too. Add some flower power and sophistication to your food by infusing botanical flavors into drinks and snacks. Okay so this one is not always entirely ‘healthy’, but hey, sometimes those following a plant-based diet need a little bit of naughtiness too. This trend originates, unsurprisingly, from the home of the burger, the United States, and late last year chic New York vegan café chain by Chloe opened in London’s Covent Garden. The brand has plans to peddle its pesto meatballs, Guacamole burgers, and kelp noodles in other European destination soon. In Dublin, McGuinness’s Takeaway on Camden is the first chipper in the country to offer an entire vegan menu, it features the likes of chickpea kebabs and chicken ‘style’ nuggets. No, champagne isn’t yet a health food, and but we’ll see other sparkling beverages made with maple and birch as well probiotic drinks kombucha, beet kvass and water kefir are popping (literally) up more and more. Fizzy cold brew is also now available in stores stateside. With health-conscious millennials drinking booze less and less, there will be a rise in healthy mocktails too. Tying in with the floral flavours trend above, premium tonic waters with interesting flavours, non-alcoholic ‘spirits’ and botanical mixes are flooding into the market. Cheers to the other kind of bubbly! Before you pick up the phone to order a double portion of spring rolls from your local Chinese takeaway, the healthy food trend we’re talking about here are rice paper rolls of the fresh, non-deep fried variety, a.k.a summer rolls. Reinvented with alternative ingredients, as well as the classic herbs, prawns, crunchy vegetables and punchy spices combos, the tempting transparent wraps tease you with what’s inside. Already popular in ahead of the curve foodie hub Melbourne, a new healthy Vietnamese cafe PANG on Dublin’s Lower Kevin Street has brought the trend to Ireland, delivering some of the freshest, tastiest, most creative, speedy lunches in the city – see ya later salad. Hopefully 2018 will see those shocking mountains of food waste shrink a bit more as parts of plants you wouldn’t normally think about eating make their way into more dishes in homes, we’re loving broccoli-stem slaw, and restaurants, like at Kai in Galway where they’re making curries with turnip tops and cauliflower leaves. An emphasis on local sourcing will also grow in the New Year. Getting even closer than local farmers markets, some restaurants are growing their own ingredients on-site, like Boxty House in the heart of Dublin’s Temple Bar. A sign of things to come, last September BrookLodge in Wicklow served a 12-course tasting menu that was created with ingredients produced less than a kilometre from the restaurant. Vegetable crisps have been around for a while, but using new advances in processing and combining ingredients a new wave of extra addictive, delicious and healthier snacks are set to hit shelves. Wholefoods is launching popped cassava ‘chips’ to puffed pasta bow ties, and brussels sprout chips, while M&S is introducing quinoa curls, chickpea puffs, and brown rice and kale pop chips. Speaking of kale-based crisp alternatives, Natasha’s Living Food‘s Kale Crunchies are now more widely available, in your local Eurospar for starters, and new Irish brand O’Kale Krisps is also kale-ing it. As the numbers adopting vegetarian and vegan diets continues to rise, so does the level of investment going into research and development of plant-based meat substitutes. Leonardo Dicaprio has invested in a plant-based protein startup, Beyond Meat, and Bill Gates and Richard Branson led a $17 million round of fundraising for Memphis Meats, which produces meat without having to grow an entire animal – so far producing beef, chicken and duck from animal cells. Impossible Foods, a Silicon Valley startup, that’s already supplying US restaurants, has even developed a meatless burger using ‘heme’, an ingredient which imitates the bloodiness of meat cooked rare.

If you follow TheTaste on social media you probably already know we have an office dog, a pug named Alfie (a dedicated Instagram coming soon, should some of us get our way). In an ode to Alfie we had to give a nod – or maybe that should be a wag – to the new high-quality pet foods available made from fresh ingredients, and even recipes tested on humans. Leading the pack is Butternut Box, which home-delivers freshly made meals tailored for the requirements of each individual dog. The startup, co-founded by Irishman Kevin Gylnn, recently raised £1m in seed funding.