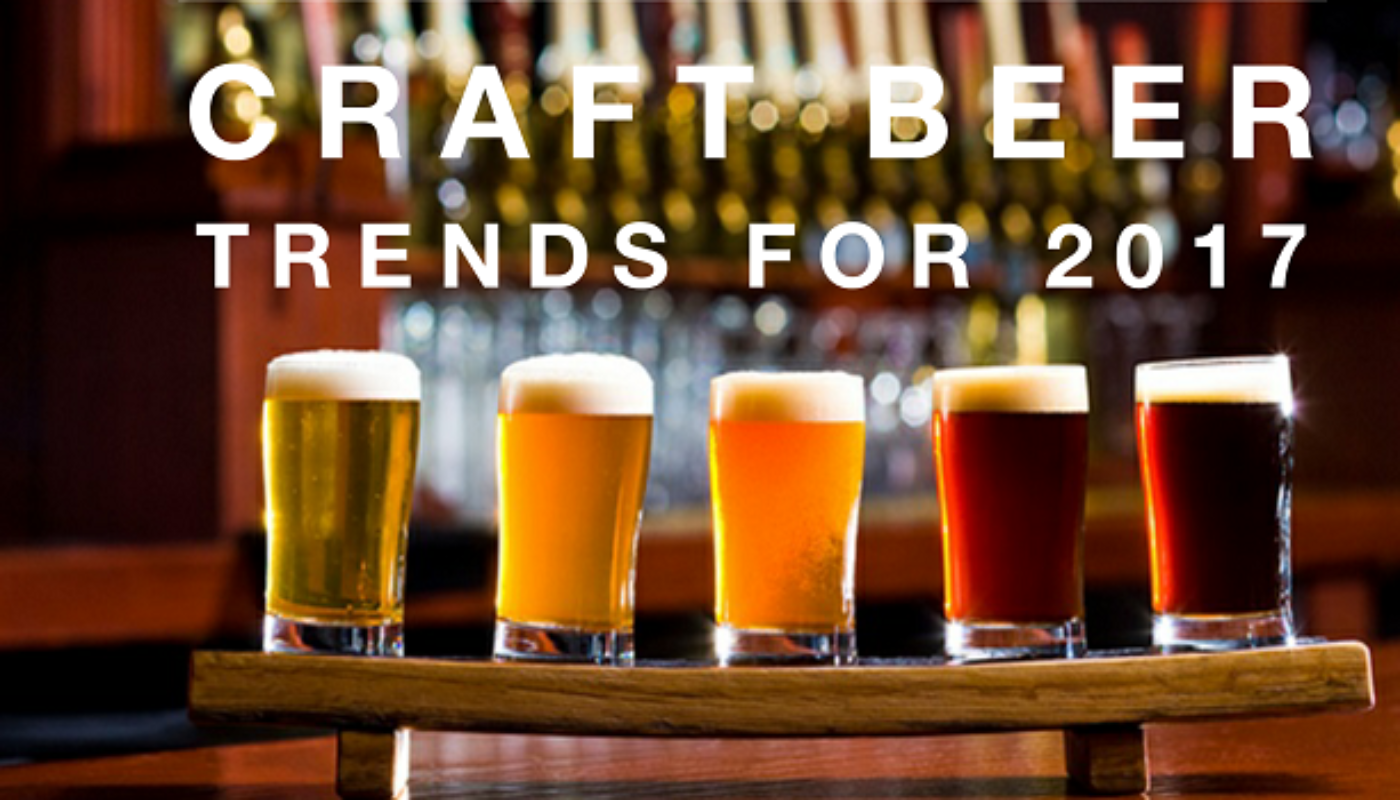 I’ve scoured the internet, trawled through social media, and devoured every beer magazine I can get my hands on to bring you the beer predictions of 2017! The theme this year is innovation; while consumers want the wilder, the weirder, and the more extreme, this year is also focused on revisiting classic styles to create solid standard brews that push the boundaries of deliciousness. Without further ado here are the top five predictions for what’s going to be hot in the beer world in 2017:


1. IT’S ALL ABOUT COFFEE
Mocha. Espresso. Americano. With the rise of artisan shops and high quality brews, coffee infused beer is on the rise. Indeed, the Great American Beer Fest saw the introduction of the coffee beer category with some 168 entrants. Expect coffee to infiltrate your beer from IPA’s to stouts and everything in between.

Available for €3.49 at Martin’s Off-Licence

Run don’t walk, to pick up this limited edition yearly brew from Dungarvan. They work with Brock Lewin from Badger and Dodo, boutique coffee roasters, to create this artisan beer and this year’s version is made with filter brewed Guatemalan Finca Velasquez.

The caramel and chocolate flavours of the coffee meld beautifully with the roasted barley and oatmeal making this a gorgeous beer to drink on a cold winter’s day!

A lovely oatmeal stout with a touch of gourmet coffee makes this the perfect addition to your winter brunch.

Made with 25% oat-based ingredients and with undertones of chocolate this is truly one for the coffee lovers!


2. JUICE IS ON THE LOOSE
You’re probably used to seeing fruit added to your lambics and sours, but in 2017 fruit will be invading the rest of the beer world. From IPA’s to Wheat beers, fruit, and even veg (looking at you- beetroot!) will be making their way into your favourite brews. I say juice, but these produce additions can be made with oil, puree, juice or even zest. For example, in an IPA, brewers can use fruit flavours to play off the hops or play them up depending on which fruit is used. When done correctly this produces a flavourful beer that doesn’t taste like you just chugged a bottle of Ribena. Available for €3.60 at Martins Off-License

This is a pink grapefruit infused version of their classic American Pale Ale. They used all natural pink grapefruit to highlight the malty character of the beer and impart sharp citrus flavours which adds layers to the overall tasting experience! There have been quite a few Irish breweries to make their foray into this style this year, but these have all been limited editions. Keep an eye out though, as this year should -hopefully- see a large influx of this style!

3. LAGER, LAGER AND MORE LAGER
While the popularity of ale is never in dispute, lager is starting to return to the spotlight. With amazing breweries creatively engineering some fabulous lagers, expect these to line the shelves of your off-licenses. From German inspired Dunkels to Pilsners and especially styles like kölsch, 2017 will see lager return with a vengeance. Available for €3.79 at Martin’s Off-License

This beer is lagered for four weeks and finished in the bottle with an ale yeast, adding a complexity of flavours. The result of the addition of the ale yeast is banana, spice and orange flavours, complimenting the bready maltiness and German noble hops which add a dry bitterness, rounding off the beer. Delicious. BONUS: While it isn’t out now, they will be re-releasing their Spring Bock Lager in February. This lager won gold in its category at Killarney Beer Festival in 2016!

Available for €3.25 at Martin’s Off-License

This is a fantastic Vienna-style lager.

Malty with caramel notes, this one is conditioned for six weeks resulting in a soft hop flavour with a malty sweetness. This is a clean beer full of flavour.

Everything you want in a lager.

4. SOURS AREN’T GOING ANYWHERE
According to the American Brewers Associations, sours are one of the styles to look out for in 2017. And that is certainly clear here in Ireland. From kettle soured Berliner Weisse and Gose, Irish breweries are stepping up their mark for sour beers for 2017, and with just cause. While it may be jarring to a new taster, sours are an increasingly popular market with many people converted.

Available for €2.75 at Baggot Street Wines

This is a gorgeous session sour IPA, coming in at 4% ABV.

Metalman knocks it out of the park with this one.

The tartness of the raspberries works really well in the sour style and the heat from the chillies add an extra kick at the finish. Fantastic.

5. BARREL AGED EVERYTHING
In my recommendations for Christmas beer I mentioned a few fabulous barrel-aged brews, and even wrote about barrel aged cider recently. This year will see new types of beer and cider, infused in a variety of containers that formerly housed everything from rum and tequila to wine and claret. It’s going to be an excellent year for those who love the complexity that can be added from this aging process. Leann Follain itself is one of the standards to which I judge all other Irish Stouts. They take the already fantastic Leann Follain and mature it for 90 days in Irish whiskey barrels.

The result? An amazingly smooth beer with notes of alcohol warmth and a deeply complex flavour profile. Available for €5.69 at Martin’s Off-License

This is the barrel aged version of their Arrogant Bastard, an American Strong Ale. The nose on this will be coconut, toffee sweetness, vanilla and wood flavours with oh-so-subtle bourbon notes. The taste mimics the aroma with the additions of dark fruits and some alcohol warmth.

Well, that’s my round up for 2017! What are you most looking forward to sipping?