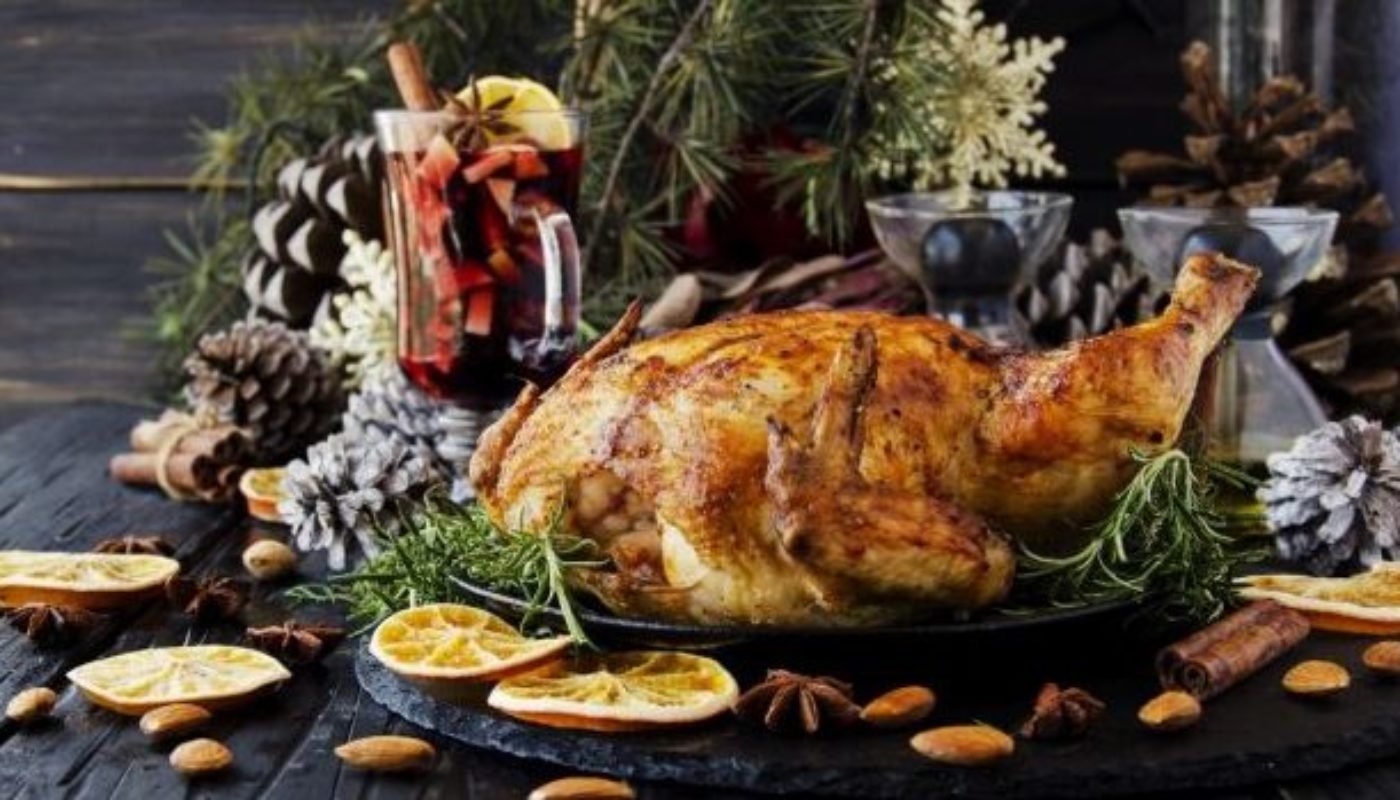 We all have cherished food memories that make us close our eyes and immediately give us a Christmas feeling, or that one ingredient or dish that the festive season just wouldn’t be the same without.

Dee Laffan spoke to a selection box of Ireland’s best chefs to find out what Christmas tastes like to them, from fried Panettone to cold Brussels sprouts and every festive flavour in between. “My fondest Christmas food memory is Santa on the jet ski! I grew up in New Zealand so it was always really hot; the highlight was diving for Abalone (we call it Pāua) and sea urchins. Pāua, you had to beat them with meat tenderisers and a tea towel…My Grandmother on the back step beating the abalone with a cigarette in her mouth…That was Christmas. Pavlova is the one thing that always reminds me of Christmas at home and now that I live in Galway it’s smoked mackerel or a salted fish from the islands, like wrasse from the Aran Islands or Gunner from Boffin.” One of my favourite Christmas foods is toasted Pannetone, we have it on Christmas morning. I make sure I get my Pannetone early and keep it safe in case they sell out. I don’t like anything heavier in case we ruin our appetites for later.

I do love Christmas, but sometimes the preparation can seem a little overwhelming. I find it helps to break each day down and do a menu. Make lists. This allows you to plan your shopping better, not overload and cut down on waste.

You can do most of your preparation on the 22nd and 23rd. Christmas Eve and the day itself should not be for working in the kitchen all day, so prep vegetables, make gratin potatoes, stuff turkey etc ahead of time. Choose easy starters and desserts. The more complicated the food, the harder it will be. Don’t have too many choices of veg. No one wants a mountain of food that’s all jumbled up together. Less is more and it will taste better. I’m a big fan of platters, whether it be fish orientated or meats, cheeses and chutneys. When presented with care, they always impress and are easy on the cook.

I always take it easy on Christmas Eve. It’s a special time, especially with small children. I love baked Camembert with little boiled potatoes, salami and ham. With some mince pies and chocolate for afters. It might sound a bit odd but I almost prefer the same dinner the next day.

There’s less pressure, so I always think it tastes nicer! Involve the children in making the lists. Who’s coming, what they like and don’t like etc. Bring them shopping some of the trips, but stay strong and don’t succumb to all their demands! Let them help with the cooking, setting tables etc. It’s what Christmas memories are made of! “Christmas for me being north Indian and a hard core punjabi means it is treated as a big day – badaDin – of the year. I only understood the real meaning of Christmas when I was doing training in hotels in india. My fondest memory is having loads of sweets, a big feast, mind you no turkey or ham, but loads of vegetarian dishes, with all the family and friends and, new clothes for sure.

Cooking at Christmas, I love using loads of citrus with wine, pears and port. My favourite dish is pear poached in port with orange, cinnamon and cloves. It is warm and full of Christmas flavours in every mouthful.”

“I am a real traditionalist and it’s the only time of the year I’ll have turkey and ham for dinner. A glass of Champagne with homemade brown bread, horseradish butter, Birgitta’s Burren Smokehouse Salmon, a squeeze of lemon and black pepper is a great way to kick off dinner. No starters necessary. then honey and mustard roast ham; occasionally I will brine the turkey before roasting with loads of butter and sage.

My sister does all the veg – carrots and sprouts, more butter and pommes dauphinoise. We never bother with dessert. But the final treat is Panettone for breakfast with some butter and a cup of Barry’s tea. I remember one year we spent Christmas in Milan with my in-laws. Getting a turkey to feed 15 people in Italy is hard going! They’re not into turkeys. We paid a small fortune for some organic bird that was about the size of a Cornish hen. Disaster. But to start, we went to the city, where this old dame, Senora Irma, has an amazing pasta shop where everything is handmade. We bought a Ritolo di pasta – imagine a pasta shaped like a swiss roll, stuffed with spinach and cheese.

I poached it, wrapped in tin foil, for about 40 minutes. Then sliced it and fried the slices in butter. I served with some sage leaves, fried in butter, brown butter and Parmesan drizzled on top. It was one of the nicest pasta dishes you can imagine and so delicious. No-one lamented the 20 grams of turkey they got to eat on Christmas day!” “Cold Brussel sprouts are one of my favourite ingredients and dishes. It sounds manky I know! It comes from a funny Christmas memory… My mother-in-law cooks all the vegetables and one time she had cooked cauliflower and Brussel sprouts and left them on the table. She lives on a big green and this was when my kids were young – Lee is in college now training to be a chef and my daughter is in sixth year – so they were running in and out of the house, playing.

Each time they came in, they were dipping into the veg she left on the table, eating them. When my mother-in-law went looking for them, they were completely gone. Needless to say, the house was an explosion of veg the next day too!

Brussel sprouts remind me of Christmas so much. I used to bring the family into Brioche for dinner on the day; I cooked dinner for 25 every year while I had the restaurant. My mother and father, my sister and her daughter and my wife’s family. We would always have Brussel sprouts – hot on the day, but I would still tackle them cold the next day and they are just as delicious. I have to have them on the menu in Bow Lane now. At the moment we have a Brussel sprouts mash on the menu and for our Christmas menu in the restaurant we are doing a Chicken Valentine wrapped in Parma Ham stuffed with a Sausagemeat and Apricot Stuffing and that’s served with a Brussel Sprouts Kimchi that I made over a month ago.

It’s so simple to make, you just shred the Brussel sprouts on a mandolin; sometimes you can leave the Chinese leaf large, but I cut all of mine, along with carrots and spice and salt all of that and let it do its thing. You can let it ferment for over a month.

For Christmas Day, I trim the sprouts down, taking out all of the outer leaves. I generally criss-cross the bottom of them because that speeds up on the blanching and cooking as you’re getting into the core of the sprout quicker and blanching them for less. Take them out, cut them in half and pan-fry them in butter, always butter! Add some pancetta and either walnuts or chestnuts.” “As a child growing up in my home country of Malaysia, we would join our extended family and food was always central on the occasion. All family members contributed a dish for the occasion and dishes like chicken satay, beef rendang and nasi tomato (steamed rice cooked in chicken and tomato stock with cinnamon, ginger and star anise) would be produced in volumes. When I arrived in Ireland 17 years ago, I was keen to introduce some these Asian flavours into our Christmas dinner. For me, star anise has to be without a doubt the essence of Christmas. Our favourite every Christmas is Honey Roasted Duck with Soy, Ginger and Star Anise. This dish has the Asian flavours that remind me of home. Of course, the star anise also has another very important role on Christmas Day – mulled wine! Nothing smells like Christmas than a big pot of mulled wine to keep everyone satisfied throughout the day!”