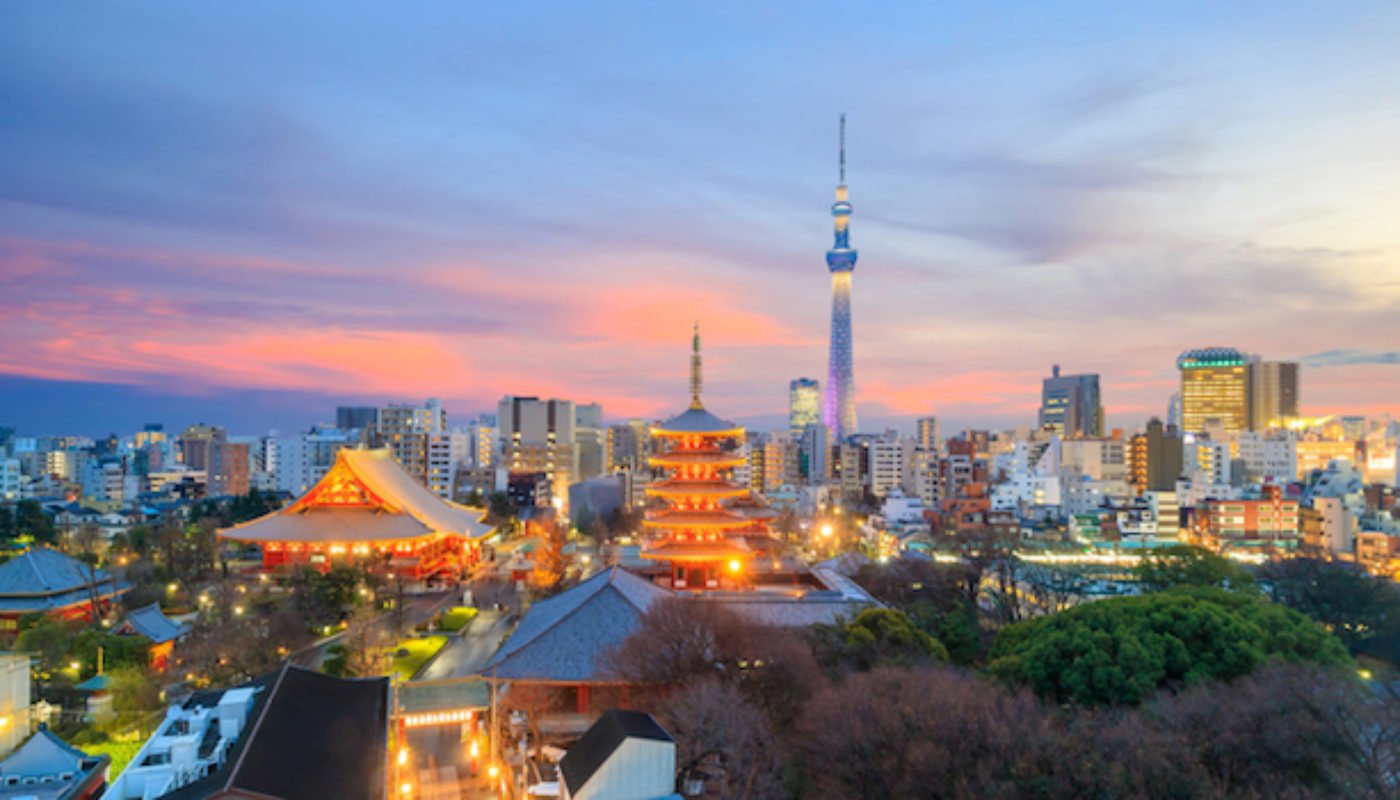 Top 12 Things To See/Do In Tokyo

Tokyo – a giant city of true wonder and experiences. Where to start, and where to end? The best advice we can give, to be honest, is to welcome what the city has to offer with open arms and mind. Also, we would strongly recommend that you arrive with some level of a day-to-day outline or strategy – Tokyo is a city that never sleeps, so make sure you don’t tire yourself out. Apart from this, have a ball and a blast. The apparent relentless buzz of Tokyo can at times be overwhelming, so somewhere such as Shinjuku Gyoen National Garden is a perfect balance. At almost 60 hectares in area, and with a circumference of over 3km, there are three distinct garden styles here: Japanese traditional, English landscape, and French formal. Stroll past pagodas, ponds and tea houses when the leaves are all kinds of different colours. It is especially beautiful (and most populated) during cherry blossom season. Let’s spoil ourselves, right? In a city that is festooned with amazing food and terrific restaurants, we need to be careful in choosing one that not only tells us what city we are in but also about the culture it lives and thrives in. Sekihotei is Japanese food per excellence created by Shinichi Akatsuka, a Michelin-starred chef renowned for being one of the country’s expert practitioners of kaiseki – native haute cuisine that is informed and infused with creativity, ceremony, harmony, and such attention to detail that it seems as if the food on your plate is diligently positioned rather than merely presented. Is it expensive? Too right it is (for dinner, without drinks, think somewhere in the region of €130-€150), but to say it’s worth the experience is an understatement. With 38 million inhabitants and the Lord knows how many tourists, there are hundreds of hotels to choose from. Selecting just one border on the ridiculous, so to make me look less of a fool, here are two. For sheer and unadulterated luxury, it has to be the famous Imperial Hotel (https://www.imperialhotel.co.jp/), which celebrates its 130th birthday in 2020. From the guest rooms and suites to a blend of French haute cuisine and traditional Japanese food, there is high end, and there is The Imperial. Equally famous is the Park Hyatt Tokyo (https://parkhyatt.grandluxuryhotels.co), which was not only the primary location for the movie Lost In Translation, but it is also located in the Shinjuku district, which has been said to corral most of Tokyo’s crazy bits into a few blocks worth of totally amazing. Oh, God, there are so many to choose from, but let’s have some fun here! Polka Dots (http://www.polkadots.jp/) is overseen by a Japanese Bob Dylan impersonator, while the basement venue is, to all intents and purposes, a place of worship to the songwriter. Food and drink can be purchased, of course, all the while listening to people murder Dylan classics such as Mr Tambourine Man, Like A Rolling Stone and (perhaps appropriate for some of the customers) Idiot Wind. Definitely karaoke var for those who know the difference between Don’t Think Twice It’s Alright and Once, Twice, Three Times A Lady. Ginza Six is a recent addition to mall shopping in Tokyo. It has over 240 stores, many of which are high-end (Fendi, Vivienne Westwood, Yves Saint Laurent, Alexander McQueen, and Van Cleef & Appels) and quite a few operated by Japanese designers. The building spans one whole city block – that’s over 500,000 sq ft, which is a lot of ground to cover. In a typically astute design manner, the floorplans are inspired by the kind of laneways you’ll find in Kyoto and Ginza districts. (https://ginza6.tokyo/) You will discover a completely different shopping experience in Yanaka Ginza Shitamachi, which is regarded as one of the city’s most atmospheric areas. In this part of Tokyo, the locals live and shop in what you could call the ‘old town’ area. Lined by small and locally owned shops, food stalls and cafés, it is the least generic commercial experience you’ll probably see in the city and a perfect place to buy a genuine if not unique trinket or souvenir. Aside from the shopping, the area itself is worth exploring, a place where tradition has almost stood still. Nakameguro is one of Tokyo’s least-known neighbourhoods, yet it is also one of the most scenic. Admittedly, its appeal is highest for a younger demographic, but no matter what age you are it’s a pleasure. From one of the world’s best photography museums (Tokyo Photographic Art Museum; https://topmuseum.jp/) and one of the most delightful journal/writing shops (Traveler’s Factory; https://www.travelers-factory.com) to second-hand shops (Geographica) and snacks (Yakitori Akira), there is enough happening here to bring you back a few times. Shibuya is the nightlife and post-shopping entertainment mecca. What you do here is up to you and your conscience, but you at least try some of the following recommendations. Bar Ishinohana (www.ishinohana.com) is an upscale cocktail lounge that gives new meaning to bespoke drinks. The focus of Gen & Material is a rare enough distilled liquor by the name of shochu (a variant of sake), of which the bar has about 6,000 kinds! Increasing in popularity is Japanese whiskey, and one of the area’s best is Mi Casita (www.barmicasita.com). You have to be a fan (if not a connoisseur) of the spirit, however, as visitors have to pay an upfront fee of about $40/€30 an hour, during which time they can sample a range of the best whiskies on the shelves.

There are surely more odd (actually, weird) things to experience in Tokyo than in any other city – you can go from most amusing to almost criminal. Combining the two is a bar/restaurant called The Lockup, which offers their clientele dinner and cocktails in a prison cell. From the time you enter the restaurant, ‘jail’ wardens escort you to your cell, which is accessed via lowly-lit hallways. Once positioned inside, dinner is served (choices include eyeball-shaped cheeses, cross-shaped pizza, and our favourite – zombie entrails yakitori) as well as cocktails by the names of Culture Hazard, Xanadu Alien, and Human Experiment. Tasty! (https://www.lock-up.jp/) Located in the Shinjuku Ward, in the western suburbs of the city, Yayoi Kusama Museum (https://yayoikusamamuseum.jp/) is dedicated to the work of the titular Japanese artist. Regarded as one of the world’s most popular living visual artists, Kusama’s recent large-scale exhibitions have been held at spaces such as London’s Tate Modern and the Pompidou Centre, Paris. The work is focused on net patterns and polka dots and is acclaimed for its originality, form, and commitment. Not so much an activity in the strictest sense of the word (in fairness, that’d be something akin to climbing Everest), but visiting an ancient Buddhist temple whilst in Tokyo is one of those things it seems relevant to do. Located in the Asakusa area, Senso-ji is the city’s oldest and most important temple. A symbol of rebirth, peace and compassion, the five-storied pagoda – which is lit up quite intensely at night – is the most popular visited spiritual site in the world. Memory Lane is located in the Shinjuku district and is a throwback to the city in its post-World War Two years. In other words, it feels as if you have time travelled from the shiny metropolis of now to the rather dishevelled city it was 70-odd years ago. Expect narrow alleys, tiny yakitori cafés, sparse counter seating, grilled food smoke billowing into your face, menus in Japanese-only, and much more Tokyo authenticity.